Anyone who is acquainted with the Ramayana or has even read the Amar Chitra Katha version, would know of the episode in which Lord Rama’s followers, the Vanar Sena had, in an amazing feat of engineering, built a stone bridge from the southern tip of India to Lanka, to facilitate the rescue of Sita, abducted by Ravana.

There have been debates over how and when the bridge was actually constructed, but it is a matter of faith, and there can be no arguing with that.

The film’s agenda, therefore, is pointless.

Abhishek Sharma’s Ram Setu has been made at a time when emotions run high whenever a matter of religion is raised, so obviously the film would steer clear of any controversy. It would be no spoiler to mention that by the end of the film, an atheist has a change of heart.

Aryan Kulshreshtha (Akshay Kumar in unflattering get-up) kicks off the film with an episode in Afghanistan, which has no connection with the rest of the film.

He joins an international team of archeologists assigned to find traces of the Bamiyan Buddhas destroyed by the Taliban. It is perhaps a roundabout way of stressing that only uncivilised Islamic fundamentalists would wreck a heritage site.

The words ‘dharohar‘ and ‘sanskriti‘ are bandied about in all seriousness, which sound phoney in a film as superficial as Ram Setu!

Back in India, against his wife’s (Nushrratt Bharuccha) advice, he expresses the unpopular opinion that the Ramayana was literature, not history, and has his face blackened by protesters.

When he also loses his government job, a shipping tycoon Indrakant (Nasser) hires him to research the Ram Setu and prove that it was a natural formation, not man-made.

Indrakant wants to destroy Ram Setu and clear a sea route, which has caused protests and a case in the Supreme Court.

In Indrakant’s well-equipped floating lab, there are a few other scientists in attendance, including Sandra from Goa (Jacqueline Fernandez, cast just for shrieks and reaction shots), who use the latest technology to date samples from the mostly submerged Ram Setu.

When Aryan finds a floating rock, and is convinced that it was man-made, Indrakant’s goons try to kill them.

Suddenly, a Sri Lankan tour guide AP (Satya Dev Kancharana) turns up to take Aryan and Sandra to his country, where the now converted archaeologist decides that since there are in Ravana’s land, why not prove his existence, which would automatically prove that Rama existed too and built the Setu.

The resourceful AP, who can manage everything from satellite phones to ancient maps in the midst of a civil war, takes them on a scenic ride to discover Ravana’s Lanka. Nobody wonders why over the centuries, the secret tunnels and buried chambers were never found, when they were there in plain sight!

Akshay Kumar’s choice of films is getting to be increasingly bizarre, though this one would have been tough for anyone to carry off.

Logic is not the film’s strong point, and it takes the audience’s credulity for granted.

If the science is simplistic, the VFX is just about passable.

People don’t particularly care about the garnishing, if the plot is engaging, but Ram Setu is just silly and boring.

There is just one interesting bit at the end when AP’s presence is explained, and had the film been able to blend mythology, belief and interpretation in this manner all through, it would have redeemed itself. 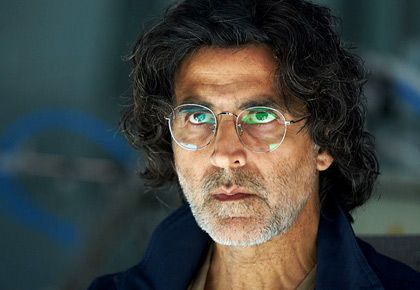