Rajinikanth was welcomed home by his family after he returned from hospital, where he had been admitted for about four days.

The movie superstar underwent treatment for carotid artery revascularisation surgery at the Kauvery Hospital after he complained of dizziness. 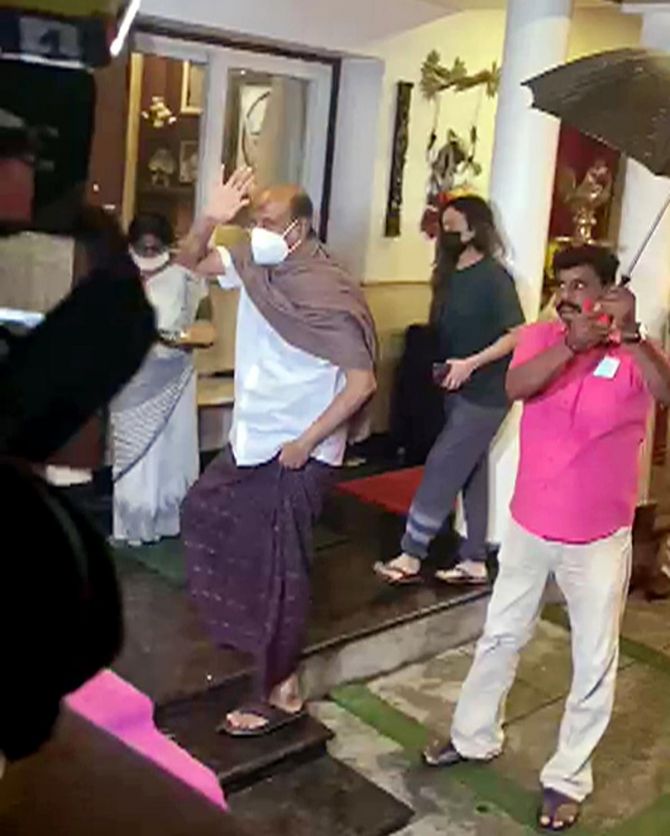 Tamil Nadu Chief Minister M K Stalin was among those who visited Rajinikanth in hospital. 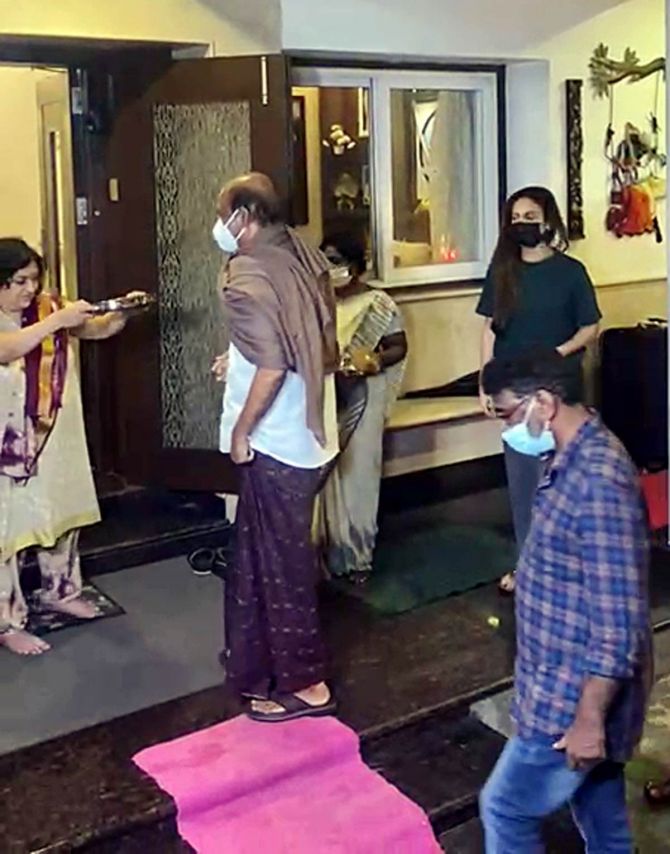 Just three days before he was hospitalised, Rajinikanth had received the Dadasaheb Phalke Award.

He had also met up with President Ram Nath Kovind and Prime Minister Narendra Damodardas Modi on his Delhi visit.

The 70-year-old actor is as busy as ever, and is all set for his big Diwali release, Annathae. Rajinikanth announced his homecoming with a Twitter post, thanking his fans and well-wishers who prayed for his health. 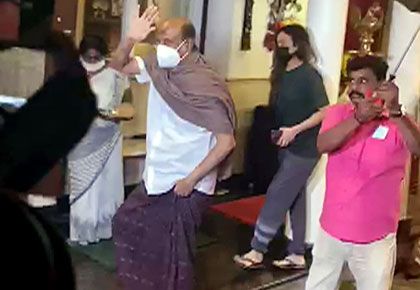