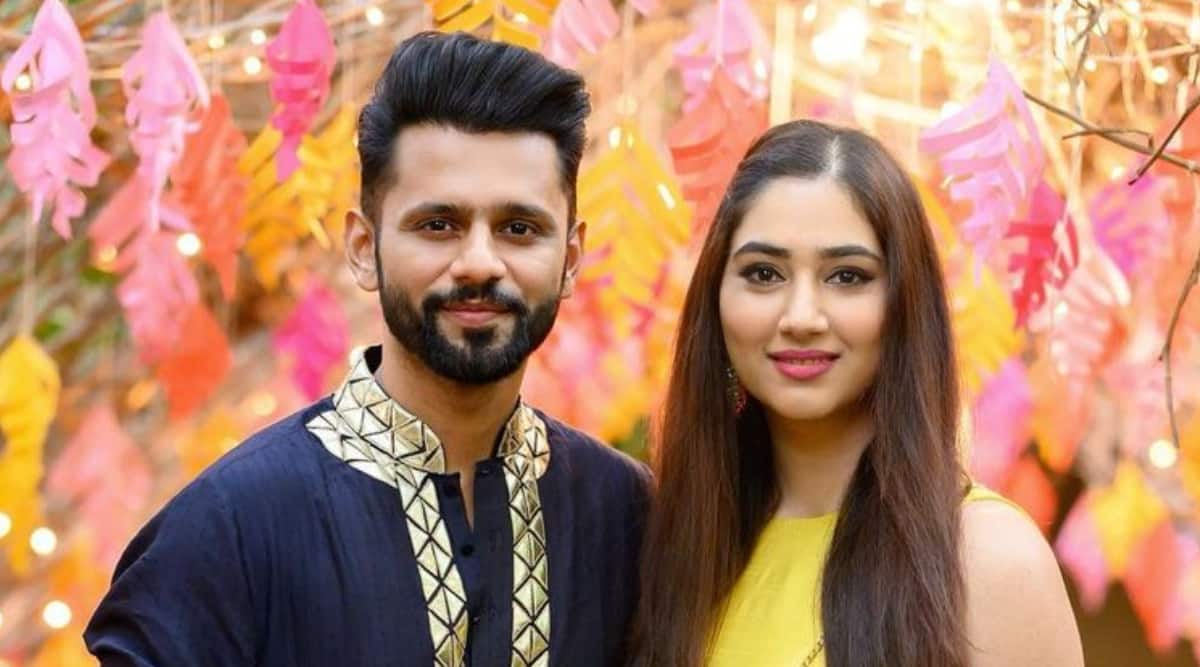 Latest celebrity sweethearts Rahul Vaidya and Disha Parmar are painting the town red after professing their love for each other on national television. The couple recently attended a friend’s wedding where they got a chance to let their hair down together. A video from the sangeet night has now surfaced, where the lovebirds are seen matching steps on Main Hoon Naa’s “Tumse milke dilka jo haal”.

Rahul and Disha bring out their filmy style in the performance as they ace Shah Rukh Khan-Sushmita Sen’s scintillating dance moves. The Bigg Boss 14 finalist looked dapper in his black trousers and a shimmery grey-black jacket, while the Pyaar Ka Dard Hai actor flaunted her glamorous side in a pink lehenga. The couple set the stage on fire with their chemistry and romance.

The photography company sharing the unseen video also seemed to be in awe of the couple. Their Instagram page while posting the reel wrote, ” We were just blown away😍 Watch This lovely duo set the stage on absolute🔥 @rahulvaidyarkv @dishaparmar at @meghaisrani @yashbhatia20’s Sangeet Night! #MYForever #dishul.”

Rahul Vaidya and Disha Parmar have known each other for close to three years now. They met through common friends, and soon struck a close bond. They also starred together in Rahul’s music video “Yaad Teri” in 2019, and fans have been impressed by the jodi since then. The duo always maintained that they were just friends. Even before entering Bigg Boss 14 house, Rahul, in a chat with indianexpress.com denied dating Disha.

“Disha is a very dear and close friend like many others. I have so many other female friends. It’s just that when you are seen with a popular face, people automatically start talking. I never bothered to give clarity about it. Honestly, I would be the first one to announce if I ever fall in love,” the Indian Idol singer shared.

And rightly so, on her birthday in November last year, Rahul proposed to her through the cameras of Bigg Boss 14. His wait for a response ended after three months when Disha entered the reality show on Valentine’s Day and said yes to him.

Post the finale, Rahul told us that he wouldn’t like to waste any more time and would want to tie the knot with Disha by June or July. The couple was recently also spotted on a double dinner date with good friends Jasmin Bhasin and Aly Goni.