Vir Das's recent outing at the 2021 International Emmy Awards, not only got a congratulatory message from Priyanka Chopra but also from Soni Razdan, Mini Mathur, Dia Mirza, Huma Qureshi, and Cyrus Sahukar among others. Priyanka Chopra took to Instagram to congratulate actor-comedian Vir Das for his nomination at the 2021 International Emmy Awards.

Priyanka reposted Vir Das‘ recent post where he shared a click of the medal he received at the event, and wrote, “Congratulations @virdas u Make us so proud!,” followed by a red heart emoji. Vir’s Netflix show Vir Das: For India lost the prestigious award to France’s Call My Agent.

The 49th International Emmy Awards were held in New York on November 22. The award night honoured some of the best artists and shows from across the world. India had scored three nominations. 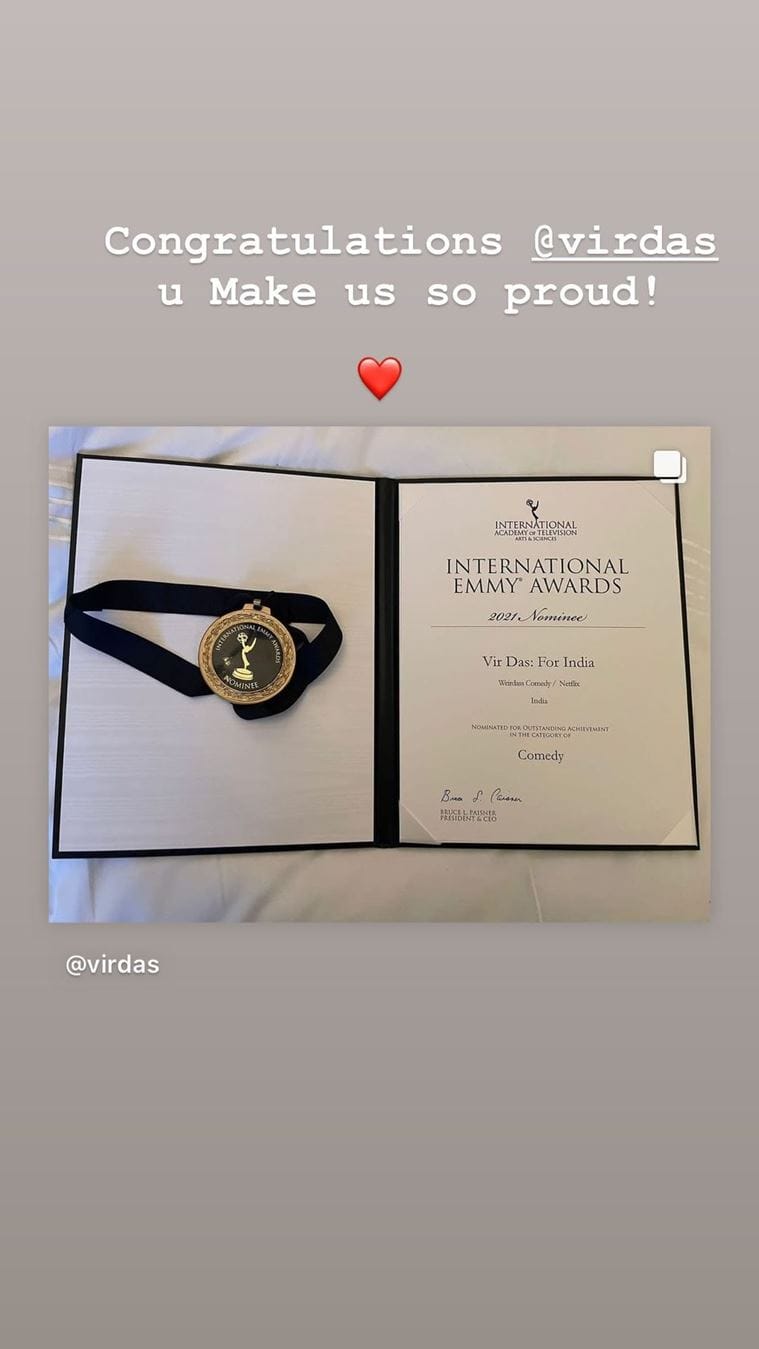 None of the nominees ended up winning at the prestigious award function.

Vir’s recent post as he became a part of the event read, “I was nominated for best comedy at the International Emmy Awards, for jokes. Call My Agent, a gigantic beautiful show I love won. But I got this medal, and ate this fantastic salad with a very interesting crispy cheese topping. It was an honour to represent my country. Thanks so much to the @iemmys For India. It’s always for India. #VirDasForIndia.”

Vir Das also shared his look from the 2021 International Emmy Awards red carpet where he was accompanied by Nawazuddin Siddiqui.

The actor-comedian Vir Das has been in news recently for his over his six-minute satire video ‘I come from two Indias’ at the John F Kennedy Centre in Washington DC.

In the video, he touched upon topical issues like the battle against COVID-19, incidents of rapes, farmers protests, crackdown against comedians and petrol prices. The monologue has been praised by many celebs, politicians and social media users while also leading to police complaints and criticism against the comedian.