Matt Reeves himself made the announcement of casting Peter Sarsgaard in The Batman on his Twitter handle as he has been doing for others. He posted a GIF of the actor and captioned it, "Oh… Hi, Peter… 🦇." 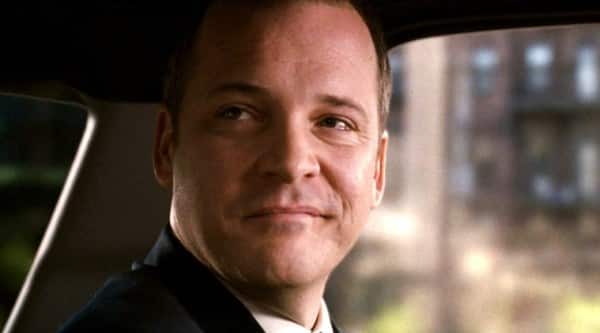 Matt Reeves’ upcoming reboot of the Batman film franchise continues to grow. The latest casting news of this Robert Pattinson starrer involves Shattered Glass actor Peter Sarsgaard in an undisclosed role. It is being speculated that he will play the role of Harvey Dent/Two-Face.

Reeves himself made the announcement on his Twitter handle as he has been doing for others. He posted a GIF of the actor and captioned it, “Oh… Hi, Peter… 🦇.”

Two-Face is a popular Batman supervillain who is obsessed with the concept of chance. The scarring of half his face drives him insane and whether he will commit crimes or acts of charity depends on the flip of a coin.

A report in The Hollywood Reporter said that the actor is either playing a district attorney or a corrupt cop. The former would be Harvey Dent, which was played by Aaron Eckhart in Christopher Nolan’s The Dark Knight, Tommy Lee Jones in Joel Schumacher’s Batman Forever and Nicholas D’Agosto in Fox’s TV series Gotham.

Ben Affleck was the last actor to play the role of Batman. He first appeared in the character in Batman v Superman in 2016, and reprised it in 2017’s Justice League. After the critical and commercial failure of Justice League, one of the most expensive films ever made, the actor chose to quit the role.