Rahul Vaidya's family welcomed new bride Disha Parmar into their home and videos from the ritual are doing the rounds on the internet. 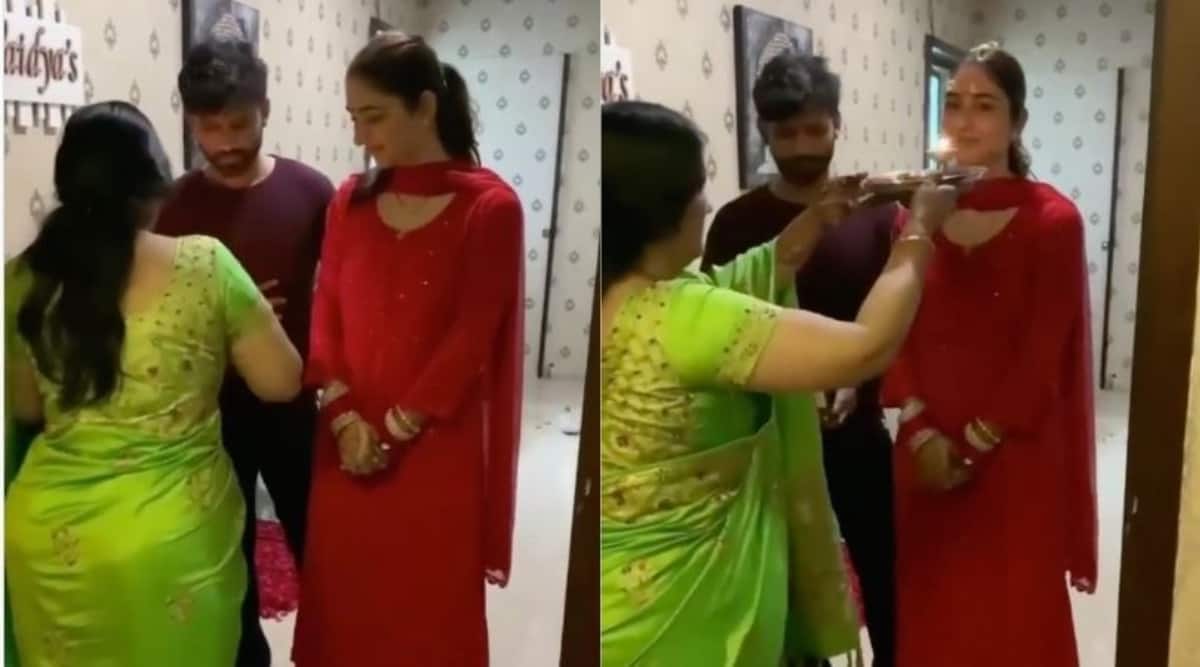 In the videos, Disha is clad in a red salwar-kameez, while Rahul is dressed in a maroon long sleeved t-shirt with black pants. His mother performed the puja. Disha then pushed the kalash (a metal vessel filled with rice) inside the house and was showered with rose petals. The song Navrai Majhi played in the background.

Rahul and Disha got married on July 16 in the presence of close friends and family. Their wedding was followed by a reception, which was attended by several of their industry colleagues, including Rahul’s fellow Bigg Boss contestants Eijaz Khan, Pavitra Punia, Rakhi Sawant,Vikas Gupta and more.

Photos from their haldi, mehendi and post-sangeet functions did the rounds on the internet under the hashtag #DishUL wedding. It was last year during his time as a Bigg Boss contestant when Rahul realised his love for Disha. He conveyed his decision to the makers, as he didn’t have access to her. She accepted his proposal when she entered as a guest in the Valentine’s Day episode.