The Great Indian Kitchen received a lot of critical acclaim upon its release on the streaming platform Neestream. The Jeo Baby directorial is now streaming on Amazon Prime Video. 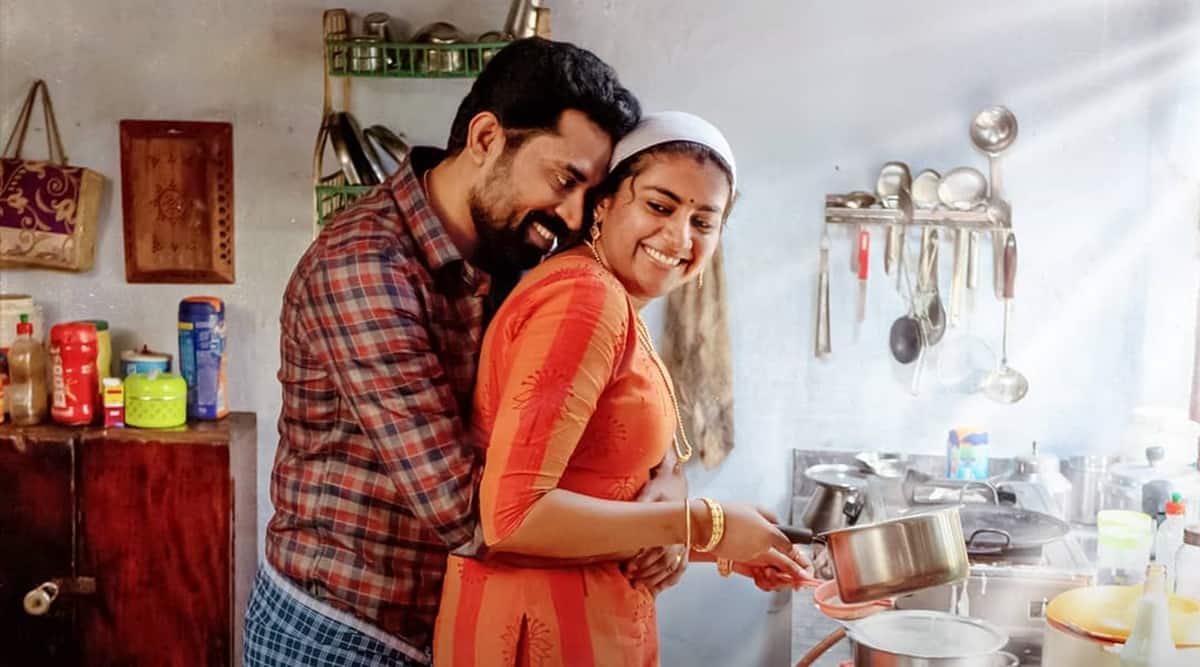 Critically acclaimed Malayalam film The Great Indian Kitchen has arrived on Amazon Prime Video, almost two months after it began streaming on the digital platform Neestream. Director Jeo Baby’s brilliant attempt at smashing patriarchy earned a lot of praise when it released and it will now reach a wider audience with Amazon Prime Video.

Baby took to Instagram to share the news with the fans and thanked Neestream as well as the audience for keeping The Great Indian Kitchen relevant over the last two months.

“Only because of Great Audience N @neestream Thank you all Now streaming on @primevideoin,” he wrote alongside the film’s poster.

The Great Indian Kitchen revolves around a nameless newlywed couple, played by Nimisha Sajayan and Suraj Venjaramoodu. The wife is a dance enthusiast but post-marriage her life is spent in cooking and cleaning.

Though the story is largely focused on one household, it also deals with the politics around the entry of women in Sabarimala Temple. In an interview with PTI in January, Jeo Baby was asked whether he faced any issues for including a politically contentious topic like Sabarimala ban of women of menstruating age.

“I did not face any issue directly. There is some discussion on social media and television. But if there is an issue and I spot that I will tell that story without any hesitation,” he had replied.

Indian Express critic Shubhra Gupta shared in her review of the film, “This is a film, which needs to be essential watching. The characters are very specific, the locations are in Kerala, but the situations that obtain through the film are horrifyingly universal.”