Writer-director Kim Seong-hun teased a scene involving zombies as the highlight of Ashin of the North, saying it is a scene that the entire prequel "is really running towards". 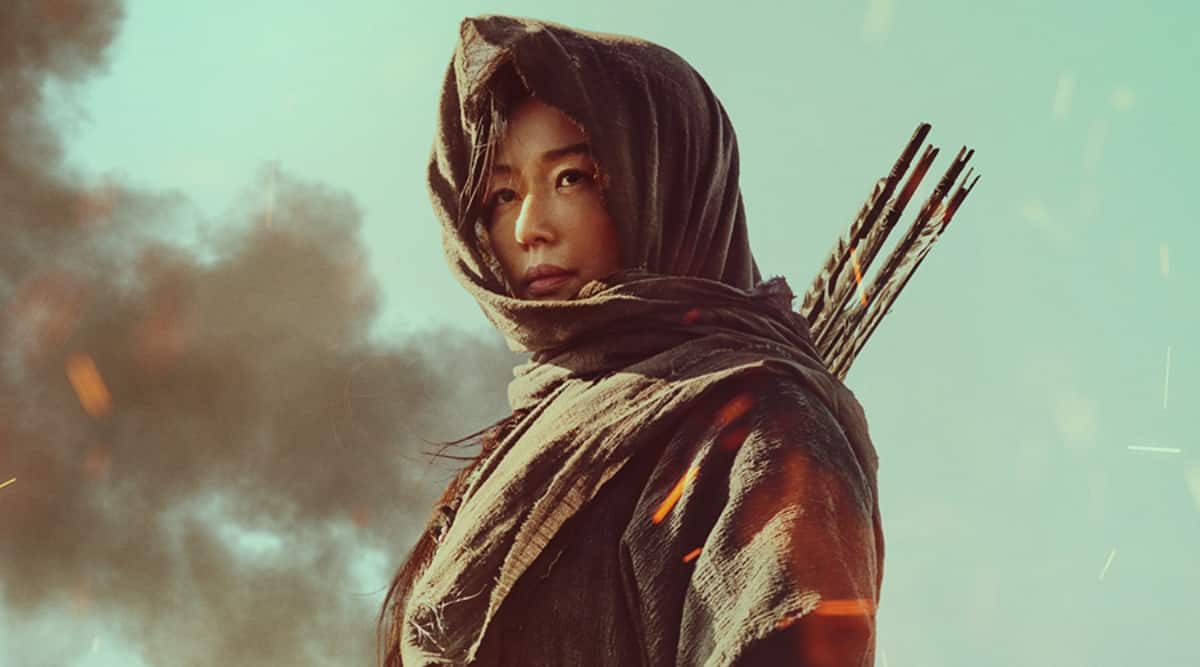 As a fan of the zombie genre, Kingdom writer Kim Eun-hee says she was always intrigued by the hunger of the undead, the principal theme which runs through her internationally popular Netflix period thriller series as well as its upcoming prequel Ashin of the North.

In an exclusive interview with PTI, the writer and director Kim Seong-hun spoke about the universe of Kingdom and what makes the Korean-language series, set in the medieval period of Joseon Dynasty (1392-1897), resonate with the audience across the world.

“I’m a big fan of zombies. When I watched other zombie series, they’re all running around to have some food. I might sound a little perverted but I didn’t feel fear, I felt very sorry for the zombies because why would they run so hard to just eat that little bit of flesh? That’s why I landed on the theme of hunger,” Kim Eun-hee said in a Zoom interview from Seoul, South Korea.

The writer, 49, also known for the popular time-travel investigative Korean drama Signal, said while the original drama with its story of a crown prince (played by Ju Ji-hoon) investigating a mysterious outbreak, has different themes at its heart, the concept of hunger stands out for her.

“We have a lot of different themes like politics and thirst for power, but what I was attracted to the most was hunger and that was the starting point for me,” Kim Eun-hee, who adapted Kingdom from her webcomic series The Kingdom of the Gods, said through the help of an interpreter.

Kingdom director Kim Seong-hun, who has also helmed the 92-minute special episode Ashin of the North, believes South Korean zombie stories have become globally famous as the writers and filmmakers focus on telling original stories to stand apart from their western counterparts, who have more money and technical know-how to invest.

South Korea has made the genre its own by delivering highly original content with the 2016 blockbuster film Train to Busan, its sequel Peninsula, #Alive, Rampant, animated Seoul Station and Kingdom to name a few.

Kim Seong-hun, 50, credits Korean creators for the popularity of the zombie stories from the country.

“Usually, it’s Hollywood that does the best job because they have the money and the know-how. So, to differentiate from Hollywood, what the Korean creators do is to become more original and have more original stories moulded to the zombie genre, which makes them look great. I think that’s why so many people love the Korean style,” he added.

The director said it is challenging to direct local actors as the flesh-eating creatures as “Korean zombies are full of stamina and they’re very fast”, which may lead to safety issues on the set.

“The other challenge was that this is a zombie genre, but it’s also based in a historic time period so there were a lot of visual effects and martial arts. Even having just one of them in the story can make it difficult, but we had all three of them. So I think that was the most challenging part,” he added.

While there is no clarity on the third season of Kingdom, fans will get to whet their appetite with Ashin of the North, a prequel story headlined by My Love from the Star actor Jun Ji-hyun and set to stream on Netflix from Friday.

Ashin of the North will narrate the story of its titular warrior from the northern border town of Joseon, who has vowed to avenge the death of her loved ones.

She clashes with Park Byung-eun’s Min Chi-rok, who made a lasting impression in Kingdom season two as the head of the Royal Commandery. It will also reveal the backstory of the resurrection plant, or “saengsacho” in Korean, responsible for the zombie epidemic.

In a global press conference on Tuesday, Kim Seong-hun teased a scene involving zombies as the highlight of Ashin of the North, saying it is a scene that the entire prequel “is really running towards”.

“It is truly a sad, tragic but immensely charming scene,” he added.

Kim Eun-hee said she decided to set the spin-off at the northern border town of Joseon to tell the story of “marginalised people of that time”.

In the press conference, the writer also spoke about feeling the pressure that comes with the expectation from a hit series.