Genelia D'Souza complained about her husband Riteish Deshmukh to Amitabh Bachchan. The couple will be seen on Kaun Banega Crorepati 13 on Friday. 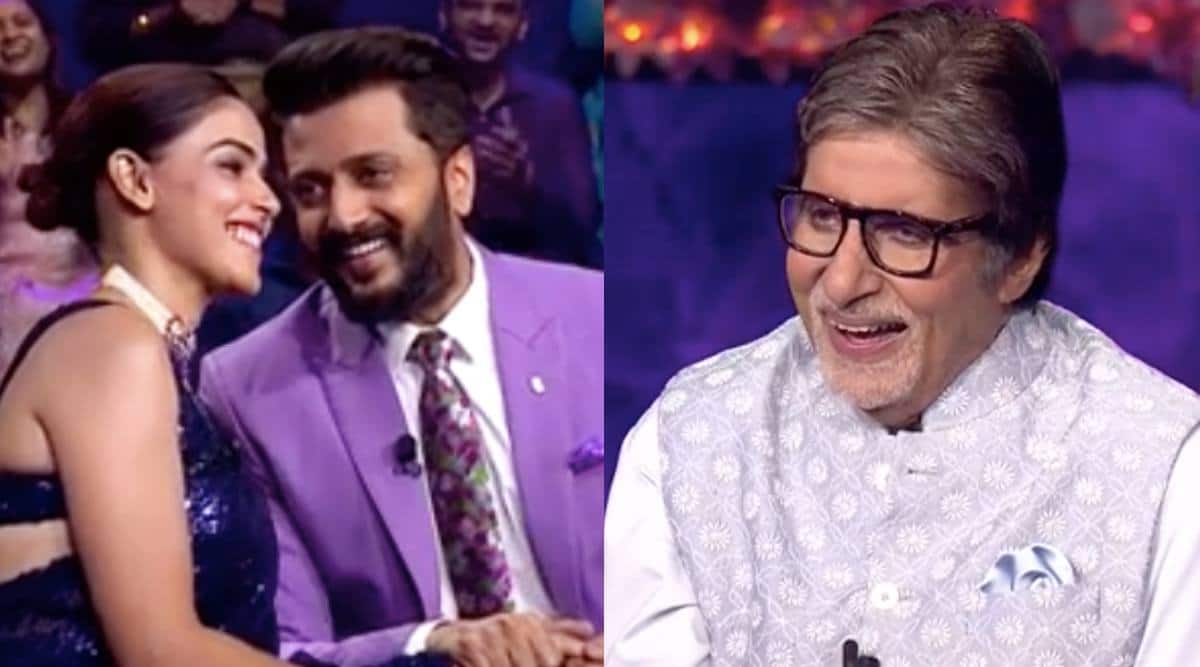 This week’s segment of ‘Shaandar Shukravar’ will host Bollywood couple Genelia D’Souza and Riteish Deshmukh. They will have a few romantic moments on the Amitabh Bachchan-hosted quiz show Kaun Banega Crorepati 13. At one point, Genelia will also complain about Ritesh not being as romantic as he was before marriage.

In a recent promo of KBC 13, Genelia tells Big B he has to solve one of her problems like he did for Deepika Padukone when she came on the show. “Amit ji, ek complain hai Ritesh ke baare mein. Jab hum dating karte the, ye mere liye bohot gaane gaate the, lekin pichle 10 saal mein, ek bhi gaana nahi gaaya (I have a complaint about Ritesh. When we used to date, he sang many songs for me. But in the last 10 years, he hasn’t sung a single song for me)”.

On hearing this, senior Bachchan asks the Housefull actor to sing a song for his wife immediately. Being his jovial self, Riteish starts by singing “Phoolon Ka Taaron Ka..”. A few seconds later, he sings the romantic number, “Tera mujhse hai pehle ka naata koi..”, which leaves Genelia blushing.

In another promo of the show, Riteish Deshmukh also goes down on his knee and narrates the poem “Kabhi Kabhi mere dil mein” for Genelia D’Souza.

Sharing the promo on Twitter, Genelia wrote, “My First time on #kaunbanegacrorepati with the Navra @Riteishd and it was so so so special.. @SrBachchan Thank You for making us feel so loved and making us have such a good time.. Can’t wait to watch it #ShaandaarShukravaar – 8th Oct rat 9baje, sirf Sony par.”

Kaun Banega Crorepati airs on Sony TV from Monday to Friday at 9 pm.