A Kaun Banega Crorepati 13 contestant told Amitabh Bachchan that she is quite jealous of his daughter-in-law Aishwarya Rai Bachchan. 'A woman this pretty is born in a 100 years,' she said. 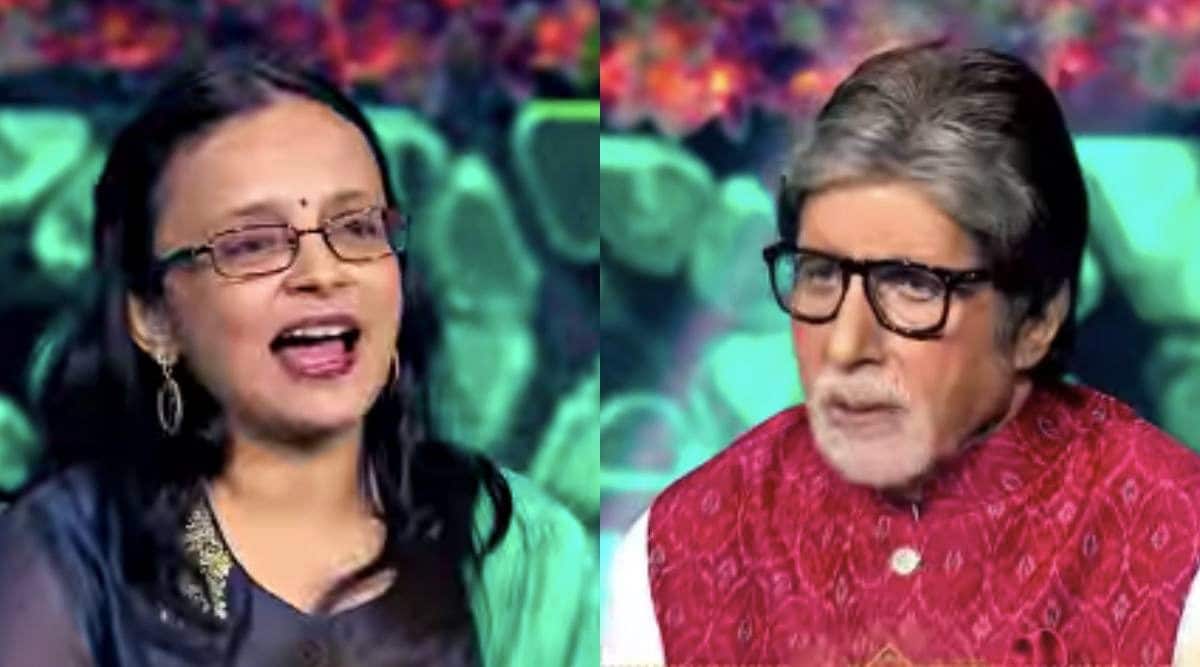 Amitabh Bachchan makes sure the contestants who sit on the hot seat of his quiz show Kaun Banega Crorepati do not feel nervous. He keeps them engaged in a fun banter, drawing them out and making sure that they feel comfortable. In Tuesday’s episode of the show, we will see him having a cute conversation with a contestant who will get on the hot seat.

In a latest promo of KBC 13, Big B asks contestant Divya Sahay if she gets time to watch movies. She replies, “Filmein hi dekhti hun main (I only watch movies).” But she is quite jealous of Amitabh’s daughter-in-law, actor Aishwarya Rai Bachchan. “Mujhe aapki bahurani se bohot jalan hoti hai (I am very jealous of your daughter-in-law),” she tells senior Bachchan. When he asks why is she jealous, Divya explains, “100 saal mein koi ladki itni khoobsurat paida hoti hai (It’s only once in 100 years that a girl so beautiful is born).”

Her response left Amitabh Bachchan amused who thanked her for the compliment. But Divya Sahay also claimed she is prettier than any other Bollywood actress but she doesn’t know why isn’t she offered any role in films. The megastar tells her, “kya pata deviji aisa kuch ho jaaye aaj ke baad toh..(you never know it happens after today).” His comments left the contestant blushing and she wishes the actor gets all his favourite sweets.

In Monday’s episode of the quiz show, rollover contestant Hansu Ravidas took home Rs 6,40,000. He quit the game on the 12th question worth Rs 12,50,000 as he exhausted all his lifelines by that question and didn’t want to lose his prize money.

Kaun Banega Crorepati airs on Sony TV from Monday to Friday at 9 pm. Until now, the show has got one contestant who won Rs 1 crore.