Vidya Balan’s latest drama Sherni has not only gotten a thumbs-up from her fans and critics but also colleagues from Bollywood. Katrina Kaif is one such admirer, who shared her response to Sherni on social media. Katrina heaped praise at both the film and Vidya’s performance.

“What a lovely film. Such a subtle yet engaging film and the always amazing Vidya Balan is such a joy to watch. @AmitMasurkar,” Katrina wrote on an Instagram story that also featured a still of Vidya from Sherni. 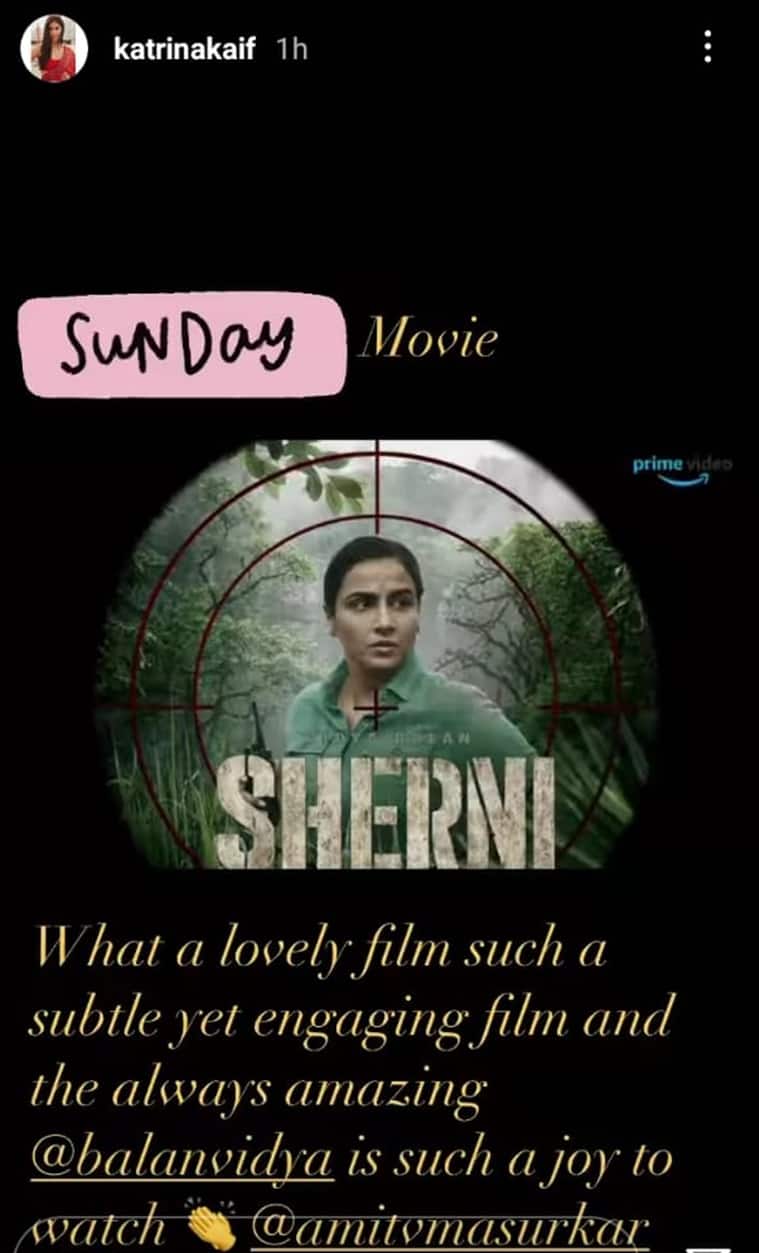 Sherni has been directed by Amit Masurkar of Newton fame and has story and screenplay penned by Aastha Tikoo. Sherni is currently streaming on Amazon Prime Video. The Indian Express critic Shubhra Gupta was left impressed by the film. “As Vidya Balan fronts a film about the primacy of nature and human greed, headlined by the majestic tiger, you want to hand out props to Amit Masurkar,” she wrote in her review.

Sherni is being praised not only for its sensitive story-telling about the age old man vs wildlife debate, but also for some terrific performances from its cast. While Vidya Balan delivers a stunningly understated performance, Vijay Raaz, Brijendra Kala, Sharat Saxena and Sampa Mandal are natural in their respective parts.

Sherni is Vidya Balan’s second direct-to-digital release after last year’s Shakuntala Devi. Both films have been produced by Abundantia Entertainment and are streaming on Amazon Prime Video.