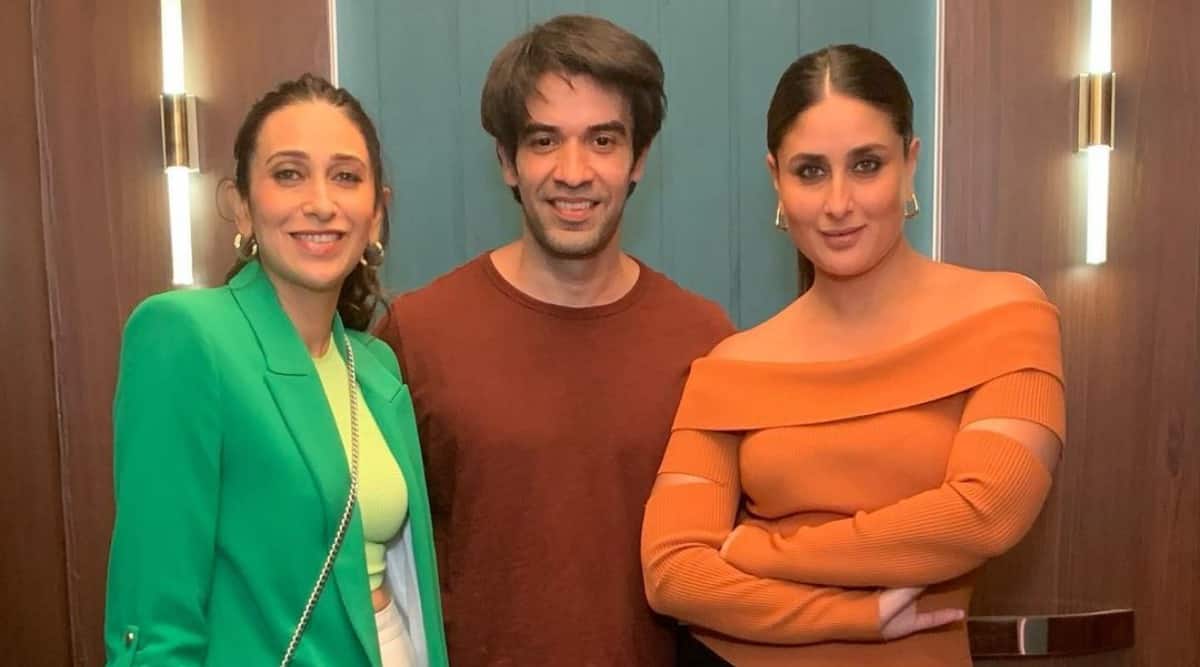 Kapoor sisters Karisma Kapoor and Kareena Kapoor Khan have come together for ‘something exciting’. The two recently shot for a new project with Student Of The Year 2 director Punit Malhotra. Both, Kareena and Karisma shared BTS pictures from the sets.

Sharing a photo with Kareena, Karisma wrote on Instagram, “Always special shooting with bebo ❤️ something exciting coming soon 🔛”.” In the picture, both the sisters are seen cracking up. While Karisma looks chic in neon top and black pants, Kareena looks gorgeous in a red dress. As Karisma posted the photo, Punit commented on saying, “Finally got to work with you maam. 😃 And loved the graph 😜 @therealkarismakapoor ❤️ @kareenakapoorkhan ❤️.” Kareena and Karisma’s friend Poonam Damania also commented on the picture saying, “My favs ❤️❤️❤️”.

Later, Punit also shared a picture with the Kapoor sisters which seems to be clicked in a building lift. “Oonchi hai building, lift teri band hai 🤣🤣🤣🤣 The funniest shoot with the loveliest @therealkarismakapoor & my favourite @kareenakapoorkhan ❤️” read the caption of the photo. Kareena shared the same photo on her Instagram account and called Punit “the best”. In response, he said, “Thats you maam..aap sabki favourite ho.”

Kareena is looking forward to the release of her next film Laal Singh Chadha, also starring Aamir Khan in the lead role. She is also set to release her new book Pregnancy Bible.