Kangana Ranaut was announced the best actress at the 67th National Awards for her performance in both Manikarnika: The Queen of Jhansi (2019) and Panga (2020). Actor Kangana Ranaut expressed gratitude towards the creative teams of Manikarnika and Panga, after she received the best actor honour at the 67th National Awards on Monday.

The actor became the National Award recipient for the fourth time as she was recognised for her performance in both Manikarnika: The Queen of Jhansi (2019) and Ashwiny Iyer Tiwari’s 2020 drama Panga. Kangana, who took over the reins of Manikarnika after director Krish stepped down, thanked the writers of both the films and Ashwiny for her big win.

The video begins with Kangana thanking the Manikarnika team– starting with writers KV Vijayendra Prasad, who wrote the screenplay of Manikarnika, and Prasoon Joshi, who penned the film’s dialogues. “I was also the director on Manikarnika… I would like to thank our writers, Vijayendra sir, Prasoon sir, music directors Shankar-Ehsaan-Loy, our producer Kamal ji (Kamal Jain), my full team, Ankita (Lokhande), Danny sir (Denzongpa) and all my co-stars. I am sorry if I don’t remember any name. These people have supported me so much that I will be forever grateful to them. Thank you everyone for making the film successful. Please share this win with me.”

In the second half of the video, Kangana talks about Ashwiny and the Panga team, including Chhichhore director Nitesh Tiwari and Nikhil Mehrotra, who wrote the film. “Ashwiny ma’am, thank you very much, Nitesh sir, Nikhil, who wrote the story. This film is of so many people, Thank you, people. Thank you, jury… my fans, who have been so supportive,” says the actor. 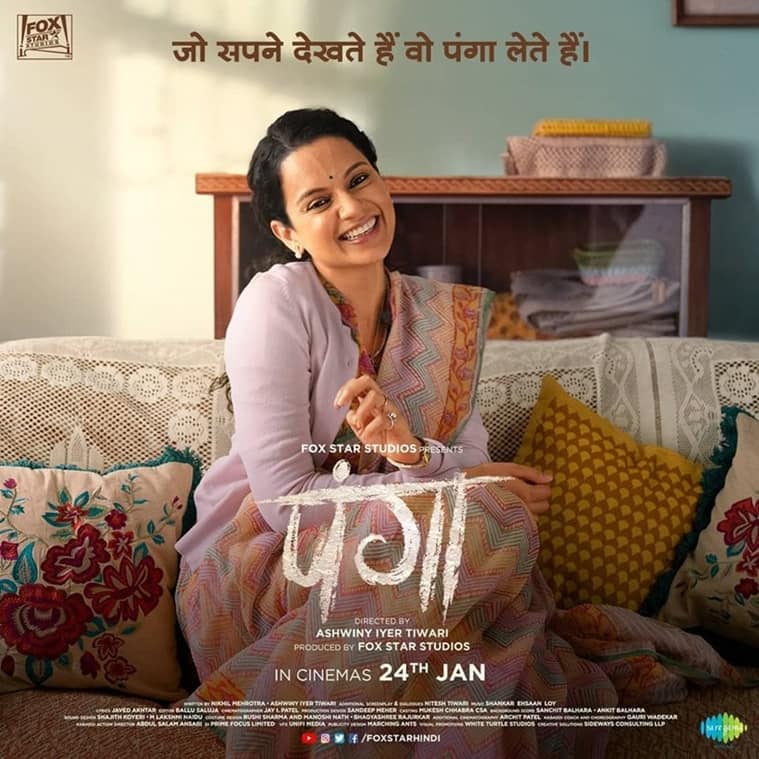 Manikarnika: The Queen of Jhansi saw Kangana in the role of Rani of Jhansi, one of the leaders of the first Indian war of independence in 1857. It co-starred Jisshu Sengupta, Atul Kulkarni and Mohd Zeeshan Ayyub. While Panga saw her as a kabaddi player, whose love for the sport triumphs all odds. The film also featured Jassi Gill, Richa Chadha and Neena Gupta in pivotal roles.