Kangana Ranaut spoke at the trailer launch of her upcoming film Thalaivi in Mumbai and shared that she has no connection with politics. 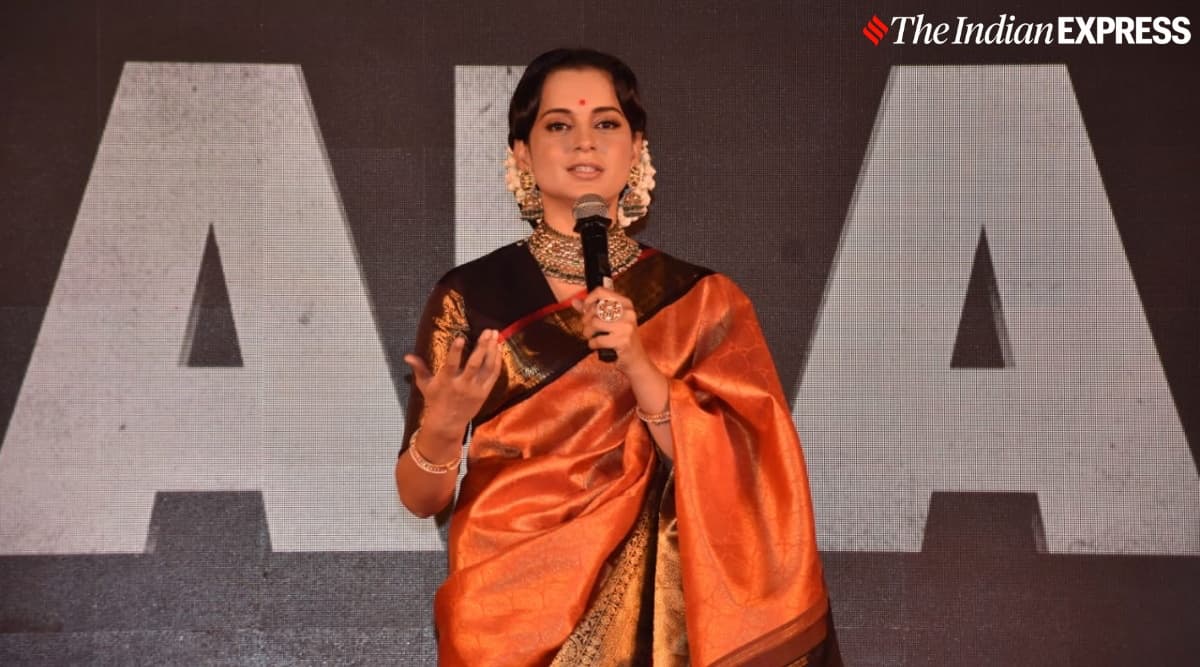 Actor Kangana Ranaut, who celebrates her birthday on Tuesday, launched the trailer of Thailaivi and spoke about her political ideas. She said that whatever she says on social media platforms has nothing to do with politics as she has no “political connections.”

The National Award-winning actor was talking at the Mumbai trailer launch on Tuesday night.

She said, “For me, the world of politics is quite unknown. If today, I talk about the country, nationalism, farmers or laws which directly affect me, I’m told that I want to become a politician, it’s not like that. I react to everything as a citizen. I’ve no connection with politics, at all.”

Kangana then said that she doesn’t understand why people get upset when she talks about these issues. She said, “Some people get extremely upset and ask why do I talk about nationalism, why am I so concerned to talk about farmers law. They have a problem with that. They can say whatever they want about that, but how dare I speak. They were so hurt and pained, they created a scene, which we all saw.”

Kangana also opened up about the time when her property in Mumbai was demolished. “When I was going through this mess, I’d also go to shoot. They (the makers) had also put up a set of Rajya Sabha, Parliament, where I was getting assaulted, in terms of what Jaya Maa had experienced. We were simultaneously shooting these scenes. It would feel very uncanny as if reel and real-life has blended. It was very mysterious,” she said.

When director AL Vijay was asked if the film could create political controversy in Tamil Nadu, he said, “No, we don’t think so because everything is evident and everyone knows what happened in Jaya Maa’s life. Maybe people don’t know her cinema or her personal journey but her political journey, everyone knows. A lot of people have written about it. There are photographic and video evidence. Vijay sir has given us a great story. We have actually tried to stick to realism but fictionalised it a bit for a cinematic experience. There are dramatic scenes but then there was so much drama in her life and we have been able to capture some of those great moments.”

Kangana Ranaut’s Thailaivi, directed by AL Vijay and penned by celebrated writer KV Vijayendra Prasad is set to release in theatres on April 23.