Jason Momoa may answer to Aquaman now, but he’s made it abundantly clear he’ll never forget his reign as Khal Drogo on Game of Thrones. On Monday, the day after 19.3 million people watched the Thrones finale, Momoa tuned in to learn the fate of his Khaleesi, Daenerys Targaryen. Let’s just say he did not take kindly to her demise at the hands of Jon Snow.

Filming his reaction for Instagram Live, Momoa reacted in real-time to Daenerys’s murder, groaning, grunting, and shouting, “Fuck you, punk” at the TV while the sound of the Dany’s dying breath can be heard in the background.

Later in the stream, he spits, “Fuck you,” at Tyrion as he asks Bran to rule as the leader of Westeros.

He also repeats, “Who gives a fuck,” which, weirdly, is exactly what I muttered to myself several times on Sunday night.

TLDR, there was a lot of grunting:

Momoa also took his reactions over to Emilia Clarke’s Instagram, where he commented “Baby that episode killed me,” “I love u madly,” and four heart eyes emoji, which, same.

The overall reaction to Game of Thrones‘ final season was overwhelmingly negative, with fans (rightfully) criticizing the pacing, plot holes, and dialogue. Even the cast seemed underwhelmed at times. The memes, however, were always fire.

And when those cease to entertain us, we’ll always have these photos of Momoa and his pink Gucci scrunchie to keep us warm at night: 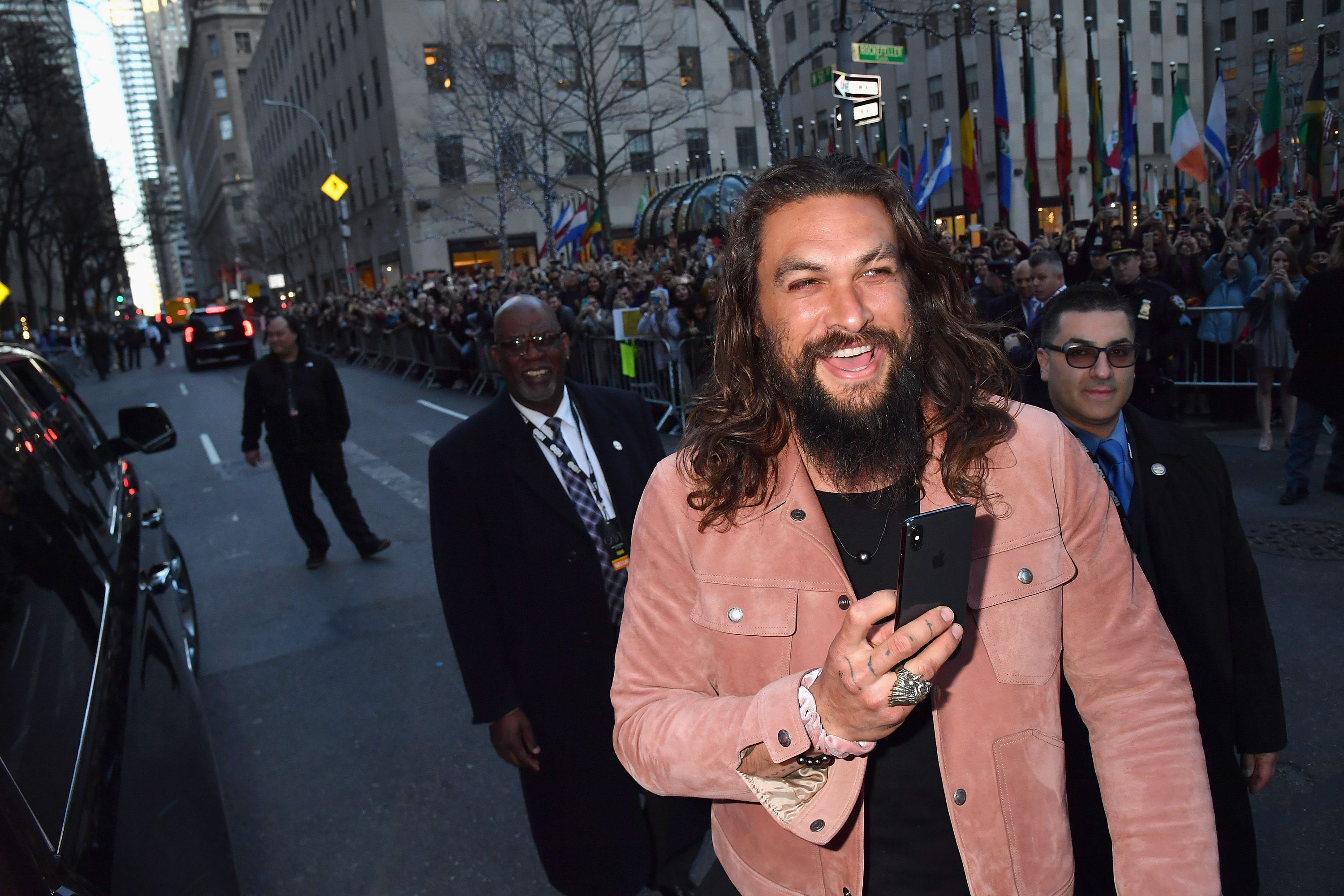 So long, Game of Thrones. It was…something.