Ravi Chaturvedi shares his memories of working with Irrfan Khan in the theatre group Srijan. In trying to understand Irrfan Khan’s roots and how he took up acting, we spoke to one of his first mentors, Ravi Chaturvedi, whose theatre group Srijan in Rajasthan was one of the first windows to acting for the late actor.

Ravi Chaturvedi remembers Irrfan Khan as a normal student who didn’t have an acting background but had acting dreams that would light his eyes up. He said, “Irrfan didn’t have an acting background. He hadn’t even watched too many films or plays. Irrfan came to me as a normal student. For some time, he had worked only backstage. He was very curious from the very beginning. Once there was place in a play, and so I asked him to do that role. He was very committed and quite convincing, even though it was one of his first performances. He was involved with all my plays from 1981 to 1984. He wanted to do more for the theatre group. He must have been a part of only 3-4 plays back then, but he would give all his heart to whatever he did. He would do research and add to the play, even helping other actors. He was working a lot on characters at that time, and I remember how he would make full ‘janam patri’ of the characters. He would write down details about how the character would be on and off stage.”

Recalling Irrfan’s first stage performance, Chaturvedi shared, “I first saw him perform in one of my friend’s plays called Mahabhoj. He was playing the role of a guard. He had to stand for long and didn’t have any dialogues, but even in that, he was so convincing.”

He added, “Then I had cast him in the plays Uddhwasta Dharmashala (A Man in Dark Times) by GP Deshpande and Raajrakto (Guinea pig) by Mohit Chatterjee, a play inspired by the Naxalite movement. For that, we used to rehearse as per schedule, but he used to coax me into rehearsals in two shifts. He wanted to do more to be able to bring out his best. So, I would rehearse with the full cast, and then he would do extra practice for two hours. There are times when you need to inject acting into an actor, but Irrfan was different. He was a very demanding actor. He was a natural.” When Irrfan Khan almost gave up his acting dream

Just when Irrfan Khan joined NSD, his father passed away, leaving the responsibility of the family business on the actor’s shoulder. About making sure that Irrfan stayed at NSD and not take over his father’s tire shop, Ravi Chaturvedi said, “Unfortunately when he got into NSD, his father died. He was very confused and worried that he would have to give up on NSD to run his father’s tire repairing shop. So I convinced his younger brother to take over the shop and give Irrfan some time.” 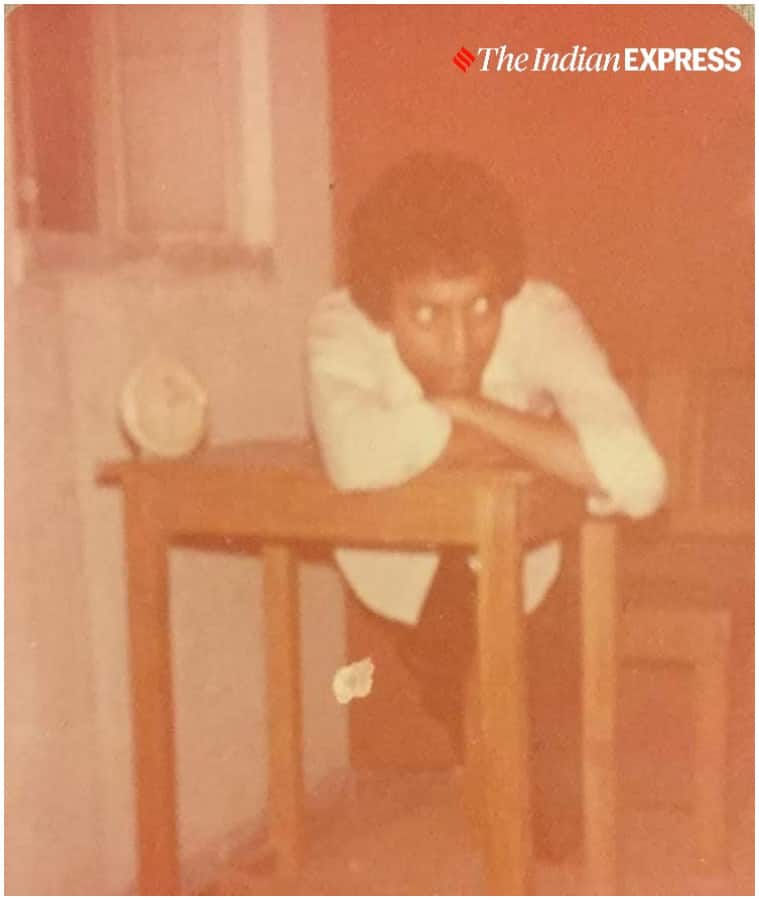 Chaturvedi also revealed that Irrfan was an over-ambitious student, but he knew what he is asking for. He shared, “After a year of being in NSD, I thought he became a little over-ambitious. He would criticise the teachers there. He was right in a way because the teachers there did not have answers to his queries. But I told him that there is a library and a workshop at NSD, and it was time that he leaned rather than question his teachers. And he did a lot of work that way. He was a good student.” 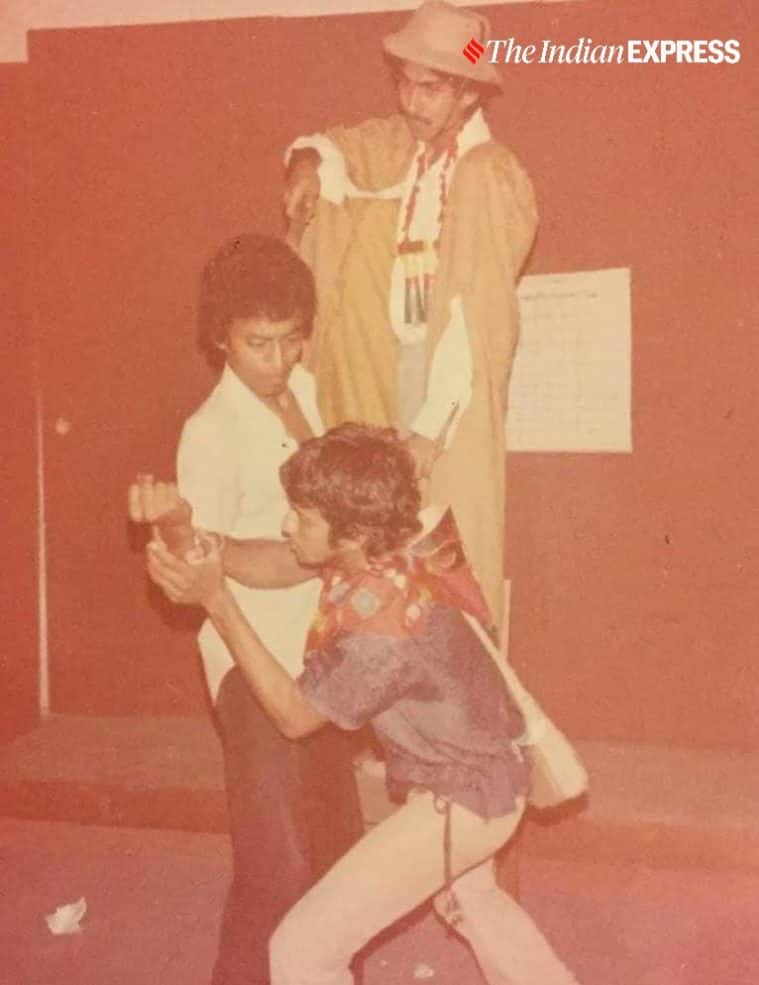 Irrfan Khan was not a quiet student

Irrfan was like any other student, full of ‘masti’, but also very caring. Ravi Chaturvedi said, “Irrfan seemed like a meek student when he joined our group, but then we realised he was quite outspoken and ‘mastikhor’. I would scold him quite a bit. He was very daring. Our theatre group was in the interiors of Rajasthan, and such places are infested by lizards. Many girls in the group would get scared of these lizards. Once Irrfan showed up with an air gun to kill the lizards, and when that plan failed, he killed all the lizards with his chappals. Bohut masti karta tha Irrfan’.”

He added, “Irrfan was a very ordinary student, but at the same time, there was something extraordinary about him too. He never got involved in student politics or controversies. He was his own person. He was a very lively and jovial boy. He was never a dull student. He would be introverted, but never dull.” 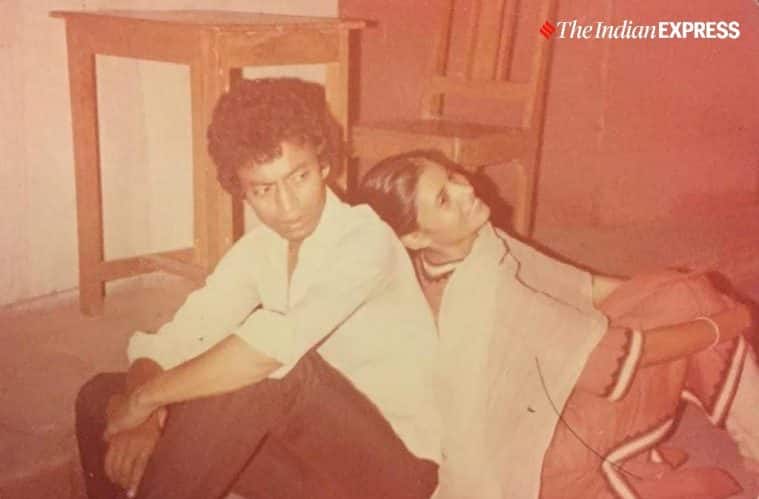 Ravi Chaturvedi concluded by saying that he saw Irrfan Khan’s highs and lows, and while he didn’t like the fact that the actor had to struggle so much, he relished his success. Chaturvedi said, “I was quite unhappy that Irrfan had to struggle so much before he could become an established actor in the film industry. He had to do quite a lot of commercial films before he did what he really enjoyed. I guess it was important for him to do these films to sustain himself. So when I started seeing him do all the international projects, I would feel proud of him. If I would travel to a different country, and if his film was being showcased, I would go and watch it. I remember watching his films like Jurassic World in London, some films in China and his films with Mira Nair and Amazing Spiderman in the US.”