Iron Man star Terrence Howard, who originally played Rhodey in the MCU, had claimed that Robert Downey Jr took the money earmarked for him and pushed him out of the franchise. Robert Downey Jr was not Marvel’s first choice for Iron Man. In fact, the actor joined the film after almost everyone else was hired, much against the wishes of Marvel bosses who had famously said that they will not hire the actor, with his history with drugs, “at any cost”.

Iron Man’s Rhodey, actor Terrence Howard, however, was another case. An Oscar-nominated actor who was coming off many hits, he was offered a good deal, reportedly between $3.5 and $4.5 million. This made Howard the highest-paid star in the entire movie. He was promised an additional $5 million if Iron Man 2 happened in which he was supposed to play the War Machine.

However, things changed completely when Iron Man became a blockbuster and effectively launched the MCU. While Robert Downey Jr was welcomed by people with open arms, news started trickling in that Howard’s relationship with MCU was not going as planned.

When Iron Man 2 finally happened, Howard’s role was allegedly cut short, which had an implication on the financial understanding too. While Howard said he had a three-film contract with Marvel, and they were supposed to pay him $8 million for the sequel, all the studio was ready to fork out was a measly $1 million, which was way less than the first film. 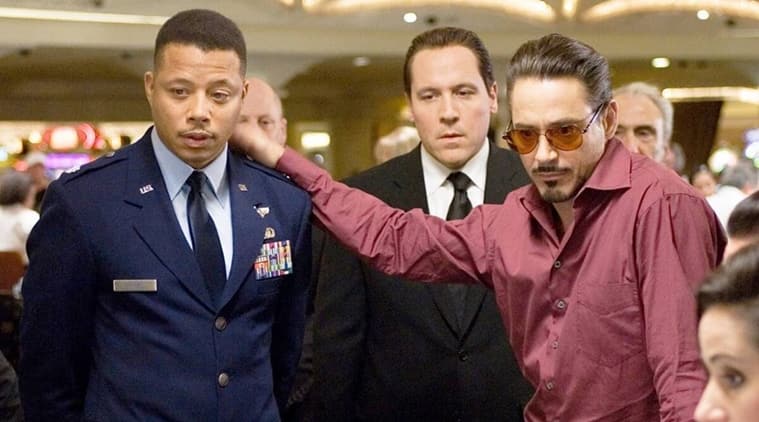 Amid the negotiations with Marvel, Howard called Downey Jr. The story goes that Howard took a $1 million pay-cut for the first Iron Man, just so that Downey could be hired and now wanted him to return the favour.

“I called Robby and was like, ‘Look, man . . .’ Leaving messages with his assistants, called him at least 17 times that day and 21 the next and finally left a message saying, ‘Look, man, I need the help that I gave you’. Never heard from him,” Howard told Rolling Stone in a 2015 interview.

He claimed that the money which was supposed to come to him was now marked for the actor who played Tony Stark. “And guess who got the millions I was supposed to get? He got the whole franchise, so I’ve actually given him $100 million, which ends up being a $100 million loss for me from me trying to look after somebody, but, you know, to this day I would do the same thing. It’s just my nature,” Howard added.

He said the same thing in an earlier interview to Andy Cohen, “It turns out that the person that I helped become Iron Man, when it was time to re-up for the second one, took the money that was supposed to go to me and pushed me out. They came to me with the second and said ‘Look, we will pay you one-eighth of what we contractually had for you, because we think the second one will be successful with or without you.’ And I called my friend, that I helped get the first job, and he didn’t call me back for three months.”

Downey Jr has denied the charges, saying he had nothing to do with the decision to reduce Howard’s paycheque.