Actor-producer Harman Baweja is set to tie the knot with Sasha Ramchandani and their wedding festivities have begun in full swing. Harman’s friends from Bollywood, including producer Raj Kundra, actors Aamir Ali and Ashish Chowdhry, attended his pre-wedding bash on Friday night and their pictures are proof of all the fun that the groom had with his buddies.

Raj Kundra posted a series of Instagram stories to express his excitement about Harman’s wedding. His first story was from the flight as he and other friends took off for the festivities. “And off we go… Harman ki Shaadi #finally.” Another story showed Harman and his close ones dancing to a Bollywood track. The last story by Raj had the couple, Harman’s sister Rowena and their friends posing for a picture. While the groom wore a simple black kurta, Sasha opted for a maroon lehenga choli. In a story posted by Aamir Ali, one can see the placard with ‘Welcome. Sasha Harman’ written along with caricatures of the couple drawn on it. The placards were carried by people at the airport while receiving the couple’s guests. 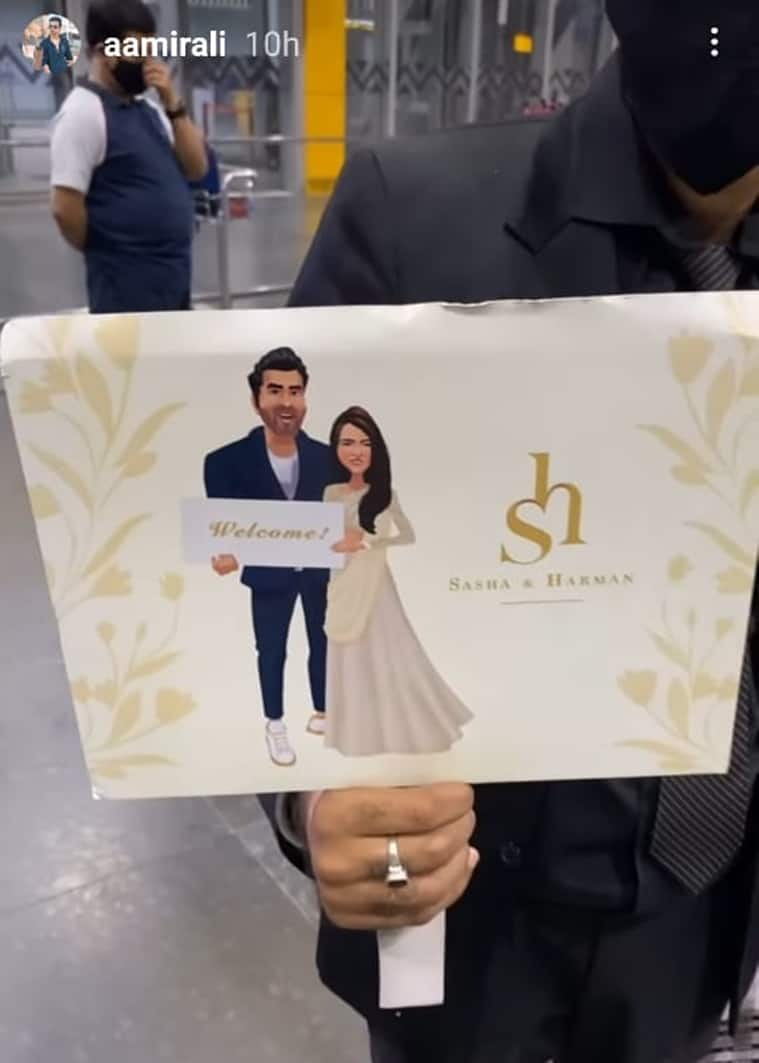 Harman and Sasha got engaged in December in Chandigarh. Rowena Baweja broke the news when she posted a picture of the couple on Instagram, welcoming Sasha into the family.

“Congratulations you two!! Welcome to the family @sasha_ramchandani! Can’t wait for the celebrations to begin. We love you ❤️ #roka #family #celebrationtime #chandigarh #harmanbaweja,” Rowena had written at the time. Sasha is reportedly a wellness coach.

Harman has appeared in Hindi films like Love Story 2050, What’s Your Raashee among others.