Shooting for 36 serials was slated to begin in studios from Wednesday. 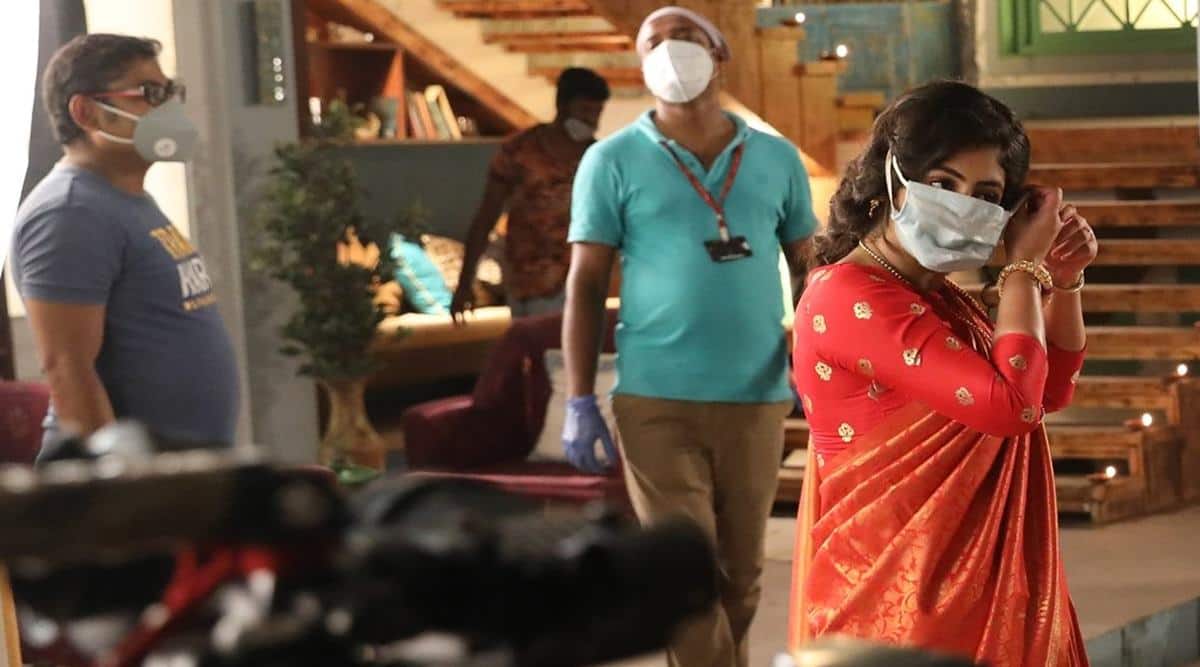 Shooting for some TV serials began in studios in West Bengal on Wednesday after a month as the state government allowed it with certain conditions, while technicians abstained from work for several others claiming that the ‘shoot from home’ norm was violated by their makers during the period of curbs.

The West Bengal government, among other restrictions, had stopped shooting for serials, films and web series in studios and outdoor from May 16 to check the spread of coronavirus. After the situation improved, the administration allowed indoor and outdoor shooting with a maximum of 50 people if they are fully vaccinated.

During the past one month, several mega serials adopted the ‘shoot from home’ concept to air fresh episodes, with the technicians body claiming that parts of those shooting were done outside actors’ residences, such as hotels, violating Covid protocols.

Shooting for 36 serials was slated to begin in studios from Wednesday. “We have found that makers of 20 serials have violated restrictions. The shooting was done by assembling a number of people at a place, outside homes in outdoors and in hotels,” Federation of Cine Technicians and Workers of Eastern India President Swarup Biswas told PTI.

High-end DSLR cameras, set props and prosthetics were used in the shooting which cannot be done by two-three people at home even on top-quality mobile phones, he claimed. “We have sought their view on this and unless we get it, we will not cooperate with the makers of these 20 serials,” Biswas said.

West Bengal Motion Pictures Artists Forum said in a statement that the shooting process was disrupted in many units “due to unwarranted opposition by the Federation authorities.”

Forum President Shankar Chakraborty said that cordial atmosphere should be brought in every workplace in the interest of every artiste and technician, and protested against “any attempt by divisive forces to vitiate work atmosphere.”

Shooting for at least 10 serials was done in studios in and around Kolkata during the day, a Forum member said.

A spokesperson of Welfare Association of Television Producers (WATP) maintained that shoots of some of the episodes had taken place at home abiding by all the restrictions.

He said, “In this age of technology, it is not impossible to improve the presentation and look of an episode by working on the footage shot at home.”

“We had to carry on the shooting during the one-month period as the artistes and others involved would remain without work otherwise…. We had also ensured the technicians of our soaps would get wages for the period even if they did not work on the sets,” he added.

Meanwhile, Biswas said that the shooting was done conforming to all Covid-19 safety norms. “So far, 2,300 stakeholders in the industry including artistes and technicians were vaccinated for free,” he said.

A number of artistes and others in the industry were also inoculated free of cost by two channels, Zee Bangla and Star Jalsha, in two phases recently while the vaccination drive of the technicians’ body will go on for a couple of more days.

A spokesperson of SVF Entertainment said, “Shoots of our new productions (serials, web series, films) would begin from July after making sure there is zero chance of COVID-19 contamination.”