‘Now is the time for politicians to stop thinking of their own interests, for companies to stop making money out of vaccines, and become one country fighting the virus.’

The actor tells us it all started with a call from a young man in Delhi.

“He was pleading that his mother’s oxygen level had gone down to 40. He wanted my help,” Gurmeet tells Subhash K Jha.

“I personally called up every hospital in Delhi. Finally, a doctor came on the line. I introduced myself as Gurmeet Chowdhary, a Bollywood actor. He recognised me and said he wished he could help.

“But there was no bed, no oxygen. From where he was sitting, he could see a sea of people trying to get into the hospital.

“We couldn’t save the lady, but her son’s pleas continues to haunt me.”

“Everything that I’ve done as an actor only seems to matter in the light of the fact that now when the nation is in the clutches of the worst crisis, my name helps to open doors for the needy,” says Gurmeet.

“Believe me, the satisfaction of that ‘thank you’ or that smile of gratitude when you save someone’s life is not comparable with any feeling in the world,” he says.

Gurmeet feels he is a soldier at war with an unknown enemy.

“This is a war we are fighting. My grandfather and father were soldiers in the army, and now I feel I’ve done them proud by becoming a soldier in this war with a virus that we must defeat,” he says.

“I remember my father telling us how people ran after the train with food packets when soldiers passed through Jammu and other areas. Today, I feel like that soldier in the train. I am waiting for people to join me because my team and I can’t do this alone.” Gurmeet urges people to come forward to join him.

“My team and I are on the phone 24/7. We are doing everything we can. In Nagpur, which is strategic to both Maharashtra and Madhya Pradesh, I rang up a school, asking them to lend us the school to turn into a makeshift hospital. They agreed and we are already using the premise as a hospital.

“We need more help from every quarter. Now is the time for us to forget our differences, for politicians to stop thinking of their own interests, for pharmaceutical companies to stop making money out of vaccines, and become one country fighting virus.”

Gurmeet wants to build a large hospital in Patna.

“I am from Bihar and the medical facilities in the state leave much to be desired. I want to build a hospital in Patna with facilities for all kinds of emergencies. Right now, we are fighting COVID. But what if tomorrow there is another virus just as deadly as this?

“We have to think of the future. We can’t be so ill-prepared for future eventualities. My dream is to build hospitals in places where people do not have access to good medical facilities.”

He acknowledges his inspiration is Sonu Sood.

“When I saw the work Sonubhai is doing to help the needy, I thought, why not me? I have the infrastructure. I have a name. Why not use it to help people at a time when they need the most help?

“I know I am just one of the many names in the entertainment business doing this. I hope others will come forward. If we don’t use our name and clout to help now, then when?” 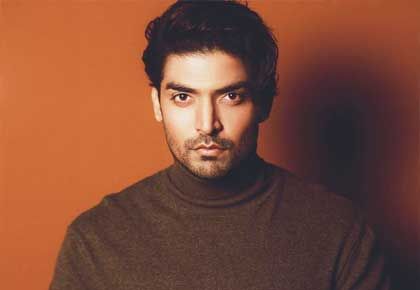