Movie veteran Chandrashekhar, best known for films like Cha Cha Cha, Surang and Street Singer and playing the role of Arya Sumant on the television serial Ramayan, passed into the ages on June 16, 2021.

This interview was first published on Rediff.com in October 2015.

You may not know him by name, but Chandrashekhar Vaidya has been a big part of our movie-watching early years.

Chandrashekharji worked in the movie business for seven decades and retired in 2000.

The actor lived in a sprawling four-storeyed bungalow in Andheri, north west Mumbai.

I grew up in Hyderabad. My father was a doctor at a government hospital. We were the three kids — two brothers and a sister. My mother died young.

My father got me married in 1937, when I was only 13, so that he could marry again. My new mother was younger than me. Later, she had six children.

My wife died a few years ago. We lived together for 73 years.

I studied till Standard 7. After that, I left school as our economic condition deteriorated.

I left for Bangalore in 1940 with my grandmother and niece in search of work. My wife’s family did not send her with me.

When I could not find work, I took up a job as a watchman. I left the job two years later during the Quit India Movement.

I returned home and took up a job in Ram Gopal Mills. I had to push trolleys and was paid Rs 12.50 a month. 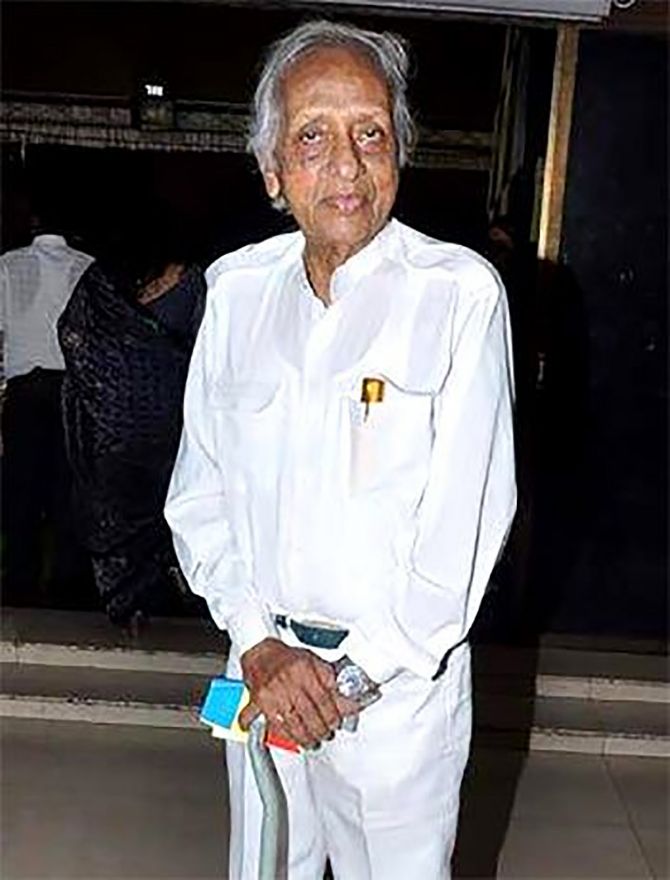 My friends would tell me I looked good, so I should become a hero.

I was interested in acting, so I left for Bombau with Rs 40 in hand.

I lived with a friend in a chawl in Colaba (south Mumbai).

The next day, my father’s friend — a policeman — took me to his house; he lived in a chawl too.

I would walk to the studios every day, but nobody would let me enter. One day, I was standing outside Ranjit Studio when someone sitting inside a car asked me if I wanted to be a hero.

I was called inside the studio. A party was being shot inside.

In those days, the ‘extras’ were of two types — Ordinary Extras and Decent Extras.

I was an Ordinary Extra when I joined, but became a Decent Extra soon.

A new company called Filmistan was coming up, and they paid Rs 9 for Decent Extras.

Plus, they had a canteen which served subsidised food. I slept on the footpath near Chitra Cinema (in Dadar, north central Mumbai).

But it was not safe to live like that. So I went to Poona — I’d heard there were vacancies in Shalimar Pictures — with a friend. But I did not get the job.

Luckily, I got another job — I had sung a song in the chorus for a film under composer Hanuman Prasad. Shamshad Begum had heard me and recommended me. The job paid Rs 60 a month.&

I started renting a house, and sent home some money. By then, I’d had a daughter.

On the first day of my job, I went to the make-up studio and switched on a tubelight. Ramanand Sagar, who worked there, told me that extras could not use the lights.

I felt bad, and told him that one day, I will become a bigger actor, and he would come to me.

A voice from behind me said, ‘Great! Maintain this spirit.’

It was Prithviraj Kapoor. From that day, we became friends.

When India got Independence, Sharmila Pictures closed down, as its owner W Z Ahmed went to Pakistan.

I sent my family back to Hyderabad.

I returned to Bombay and V Shantaram’s editor Keshavrao Dhaibar gave me a job for Rs 60.

I called my wife and daughter to Bombay, and we started living in a chawl in Dadar.

Bharat Bhushan’s brother R Chandra wanted to make a film called Bebus (1950) in Lucknow. I was the assistant director and acted in it too.

R Chandra was the managing director of Vishwa Bharti Company.

Bharat Bhushan and I were directors of the company. We made three films together: Minar, Basant Bahar and Barsaat Ki Raat. 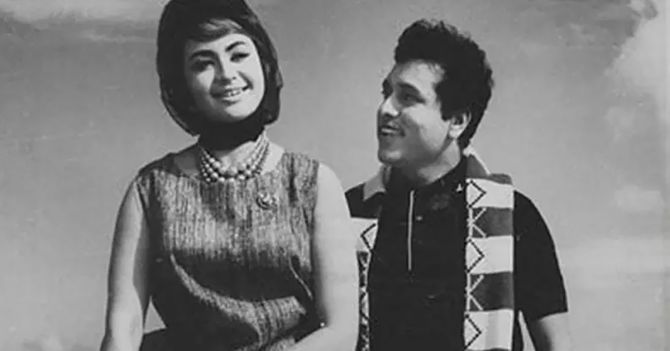 I travelled wherever I would get paid better. When I went to Lucknow, I sent my wife back to Hyderabad as during that time, she had suffered a miscarriage.

By then, I could free our mortgaged house in Hyderabad and my family members were very happy.

Today, we have a big house there, and a school. My step brother is taking care of it.

When I went back to Bombay, I got a second lead role in V Shantaram’s Surang, as he had seen my acting in Bebus and was very impressed.

After Surang released, there was a story in the newspapers saying ‘A star is born.’

Even though I was not the hero, I got more praise than him.

After that, I did lots of films and worked with many directors and producers. My pay would range from Rs 15,000 to Rs 20,000 per film.

I bought a convertible, and rented this house for Rs 170, in which I live today.

This house was earlier rented by Bharat Bhushan. The place was like a jungle. No one lived in Andheri in those days.

Today, this house has a central location (the house is, in fact, a five-minute walk from the Andheri railway station). 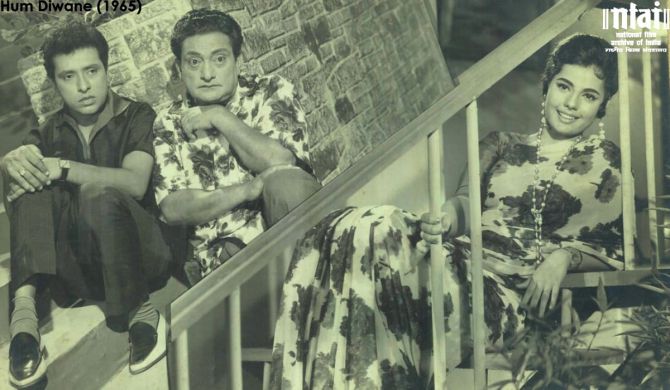 I started working on making a workers’ union in 1949, while working in the film, Apna Desh. It took me nine years to form the union, Cine Artist Association, finally in 1958.

But once the association was formed, I was not eligible to be a member as by then, I had started doing hero roles.

Anyway, Durga Khote was president of the association.

Later, we made sure all the actors and directors were members of this association, including V Shantaram. The only one who opposed us was (actor-director) Sohrab Modi.

There was a government scheme in those days called the Annuity Policy (the policy allowed one to save money for retirement).

In those days, Income Tax taxed higher income people more than 90 percent — it was like taking away the whole income.

Shashi Kapoor, Rekha, Bharat Bhushan and other actors took Annuity Policies instead of their salaries directly from the producer. Then there was a scam, and the government withdrew the policy and the money. So the actors would hold meetings after meetings to get their money back. Still, nothing happened.

Since I was president of the Cine Art Association then, I had to go to Delhi to represent the actors. I told them we would go to the Supreme Court if the money wasn’t returned.

The money was eventually returned, and all the actors in the industry hailed me! 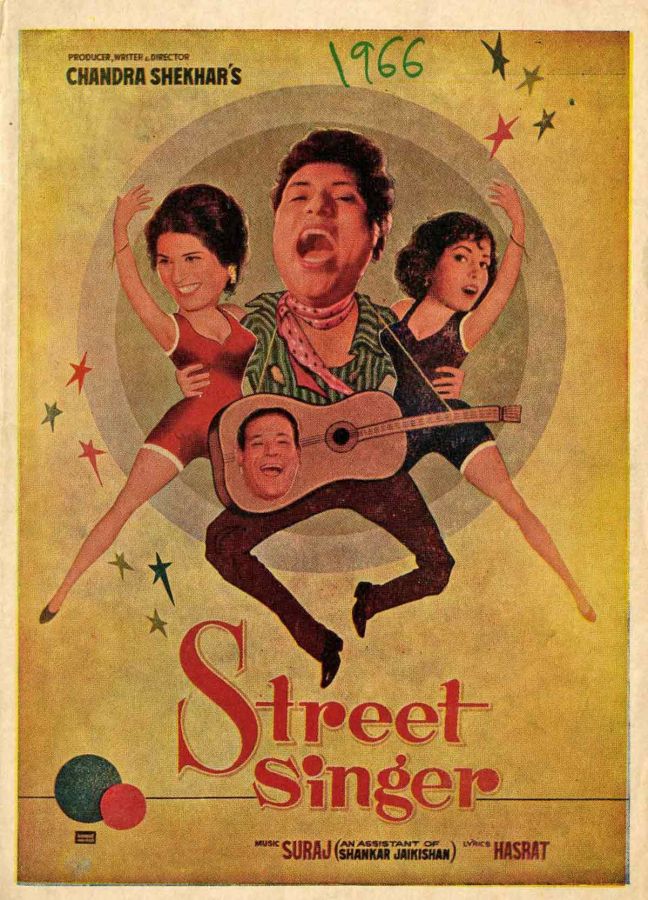 I had no knowledge of dance, but in the 1960s, I made two dance movies and acted in them too. They were called Cha Cha Cha and Street Singer. I became so famous because of Cha Cha Cha that kids would see me on the road and sing the song from my film.

Shankar of (composers) Shankar-Jaikishan had been my classmate in school, and they wanted to compose the music for both my films. But Cha Cha Cha did not have a big star cast, so I said no. The music was composed by Iqbal Qureshi.

Shankar-Jaikishan wanted to promote the singer Sharda, so they composed the music for Street Singer, but credited an ‘assistant’ called Suraj. But there’s no person called Suraj in their team. They did not charge me for the film at all.

Cha Cha Cha did well, especially the music. But Street Singer did not.

I played a wrestler in Bhagwan Dada’s Bhala Aadmi. It was (lyricist) Anand Bakshi’s first film.

After I win a match, all of us had to dance. I could not dance, so Bhagwan Dada made another wrestler carry me in the scene, and the rest of them danced.

I felt very ashamed and could not sleep the whole night.

The next day, I went on the sets and the film’s heroine understood my problem. She gave me the contact details of a dance school.

Bhagwan Dada was not aware of my dance classes so he asked a wrestler to carry me on his shoulders for the last scene too. But by then, I was a trained dancer. I asked Bhagwan Dada to let me try dancing. After he saw me dance, he was very pleased. 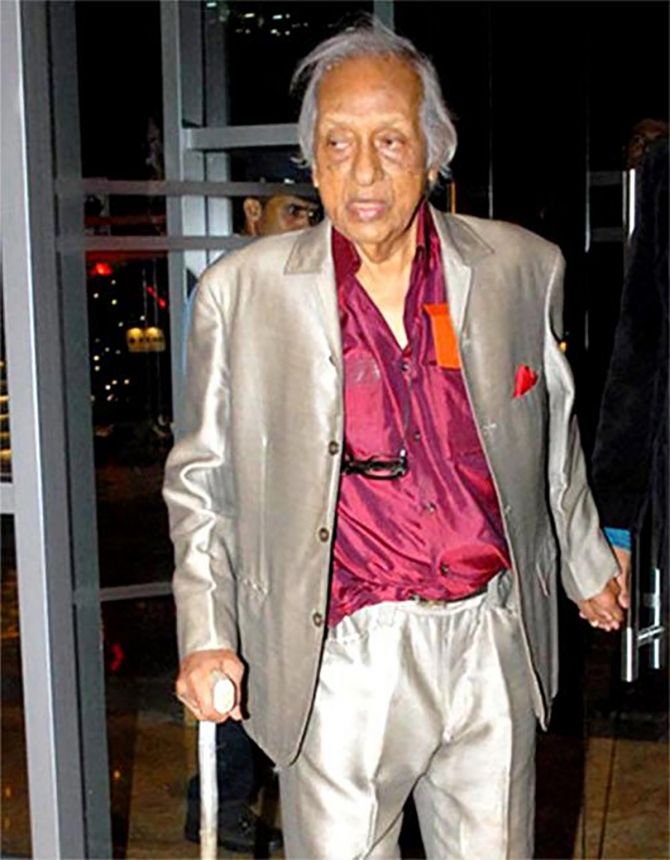 After Surang, I played the hero in Bara-Dari (1955). I started doing character roles with my friend Shakti Samanta’s film Kati Patang.

Shakti Samanta was a very honest man. I have done four films with him.

He was very sick before he died; nobody was allowed to see him in hospital. I went, but could not bear to see him like that.

I named my grandchild after him.

In fact, my son is named after my good friend Ashok Kumar.

Iftekar and I would go to see Dadamoni (as Ashok Kumar was fondly called) very often. He would ask me to bring some kheema, as he loved the way my wife prepared it.

I would have attended kavi sammelans with Jan Nisar Akhtar (Javed Akhtar’s father), Sahir Ludhianvi and Harivansh Rai Bachchan. Amitabh Bachchan was a child then, and would often accompany his father.

The best thing about those times is that actors did not have vanity vans, so we would all sit together and chat.

I have not done many films with Dilip Kumar, but we have worked together on social causes with (the celebrated Bombay lawyer and Congress leader) Rajni Patel. We have attended rallies together. We have done stage shows for war widows in Calcutta, Hyderabad and Ahemdabad.

He is very dignified and modest. His personal life is very sad. His relationship with his siblings was not very good. Also, he did not have children and that upset him.

I gave up acting 12 years ago because I found it difficult to stand and walk. Anyway, I have worked a lot. That’s why I have retired. I have lived my full life.

I lead a healthy life.

I get up at 5 am, do yoga and pranayam, and walk a bit. I gave up alcohol and non-vegetarian food a long time ago.

My breakfast is porridge, my lunch is sprouts, soup, one chappati and a small bowl rice. I don’t eat rice at night. I drink Aloe Vera juice, raw garlic and ginger.

My daughter Renu Arora is a pathologist. Her son Shakti Arora works in the television industry.

My son Ashok Shekar is settled in Chandigarh. His elder son lives with his family in my house.

My youngest son Anil has settled in America. 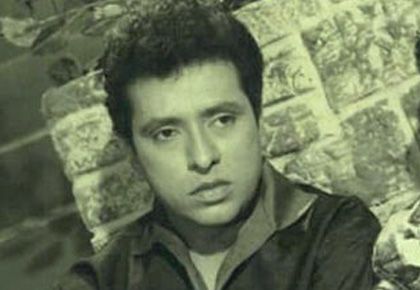