‘If I don’t act for a week I become edgy, restless and moody.’
Subhash K Jha salutes Manoj Bajpayee, actor extraordinaire, on his 53rd birthday.

In his star-making vehicle Satya, Manoj Bajpayee never looks into the eye of his ganglord Bhau (Govind Namdeo).

“How can I? He picked me up from the streets gave me food and home.

“In our culture we talk to elders with our eyes lowered,” Manoj Bajpayee once told me.

But determined to hold it in his hands, nurture and nourish it until it (stardom) becomes substantial and self perpetuating.

Stunning portraits of the negative forces that manoeuvre man’s nature in Satya and Kaun and three popular awards for his performance as the gangster Bhiku Mhatre in Satya did not dim his enthusiasm for serenading on the steep side of stardom.

He could have signed hordes of films after Satya, made precious millions of rupees to give his parents and siblings a comfortable life.

Instead Manoj chose to reject most of the roles that were offered to him after Satya.

“They were all variations on my character as Bhiku Mhatre.

“If there’s one thing that I won’t do, it’s repeat myself.” Mahesh Bhatt, who introduced Manoj through television and then a small role as Paresh Rawal’s friend and confidante in the feature film Tamanna, would never have allowed him to grow beyond a peripheral point.

During the shooting of Verma’s ill-fated Daud, the director kept staring at Manoj.

Naturally the manly gaze made the small town boy uncomfortable.

One day Ramu asked Manoj to come for a long walk with him. The ambitious actor complied suspiciously.

Ramu told him about a film on the human side of gangsters that he wanted to make.

Later they both felt he could imbue a kinetic vigour to the role of Satya’s buddy Bhik Mhatre. 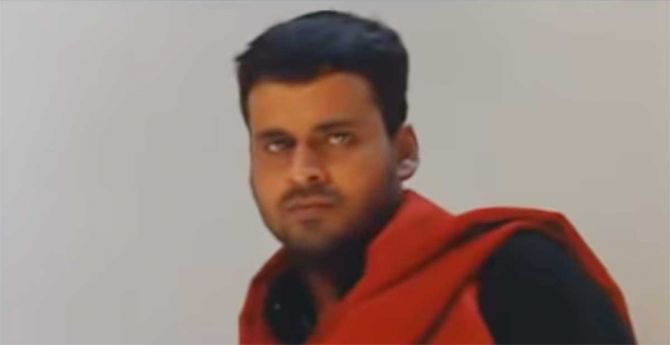 The rest was history and hysteria.

“In Daud I had a very small role, so I couldn’t interact with him much.

“But in Satya I encountered a new Ram Gopal Verma.

“I could see his passion and energy growing with every moment.”

The important thing was to treat the character of Bhiku Mhatre as a human being who represented all the anti-social characters in our society.

“I had to avoid making him a caricature.

“At the same time I had to make Bhiku Mhatre a prototype of the gangster.

“While trying to feel think and act like Bhiku Mhatre I couldn’t help being affected.

“Some part of Bhiku is now inside me permanently.”

Every role that Manoj plays alters him radically.

For an unknown actor who was trained under Barry John in Delhi stardom seems like an unbelievable leap into the unknown.

Providentially Manoj hasn’t slipped and fallen in taking that leap. Since Satya was his seventh film, Manoj wasn’t pushed into stardom overnight.

Satya gave his adrift career a sense of direction.

“When I was going through my initial struggle I sometimes began to doubt my own abilities,” Manoj whispers softly recalling his early years in Mumbai when his first wife left him.

She had seen him as a star on the Delhi stage and couldn’t bear to watch him start from scratch in Mumbai’s tinsel town.

“In Satya, I was like a corpse being revived, the actor shudders.”

All his years of training under the legendary Barry John seemed to evaporate in Mumbai where he was constantly criticised for his height, weight, lack of sex appeal, charisma… everything.

Now the same mandarins of moviedom were falling over each other to sign Manoj.

He has nothing but praise for his drama teacher Barry John.

“He’s one of the best theatre directors in Asia.

“He chiselled my abilities and changed me as a human being.

“He taught me how to look at others as human beings.

“He helped me to channel my frustrations and anger.”

Manoj describes himself as a pathological actor.

“I can’t survive without acting.

“If I don’t act for a week I become edgy, restless and moody.”

During his childhood days in Bettiah, Manoj would enact scenes from his favourite films in his mind.

Little Manoj’s parents worried constantly about their son who seemed to be lost in his own world all the time.

When after the release of Satya he returned to Bettiah to shoot with his crew for Shool, the entire township clamoured around the locations shouting and cheering for their ‘Manoj Bhaiyya’ or ‘Manojwa’ as they affectionately address their prodigal son.

Shooting on a railway station in Motihari with Raveena Tandon was like trying to hold back waves of surging emotions.

It was an emotional homecoming for Manoj.

Another highly memorable moment occurred, when Manoj came face to face with his idol Amitabh Bachchan.

That moment when Bachchan congratulated Manoj for Satya is frozen in the young actor’s mind.

“The actor who had inspired me was standing in front of me and paying me compliments.

“I asked him if I could hug him.

“He agreed. We hugged each other.”

With Aligarh, Gali Guliyen and Bhonsle ,Manoj unknowingly completed his trilogy on loneliness.

All three films had different levels of challenge.

“I grew so much as an actor just by preparing for these three films about desolation.

“All of them were thematically similar but each was a very different character, so no fixed yardstick could be used to play the three characters” Manoj believes Aligarh improved him as an actor and a person.

“I approached the role in a way other actors wouldn’t have.

“I saw my character as a literate Lata Mangeshkar fan rather than just a gay man.

“My whole focus was on his insistence on his privacy and his passion for whiskey and Lataji’s voice.

“It was a blissful spiritual journey.

“I never wanted to come out of playing this character in Aligarh.

“On the hand with Gali Guleiyen I couldn’t wait to come out of character.

“It was the most difficult role to play.

“It was a role that broke me mentally.

“It meant I had to forget I was married and had familial responsibilities.

“I started talking to myself the way the character was shown doing.

“Such was my preparation for this role that my wife got worried about me.

“On the 29th day of shooting I went to the director and told the directors I couldn’t take the mental pressure. But we somehow finished in 33-34 days.

“I went too deep into the role in this film. I thought I’d lose my mind.

“But I had no other option. It was the path that was necessary to pull off that role.

“Gali Guleiyan had me in my most complex and taxing role.” 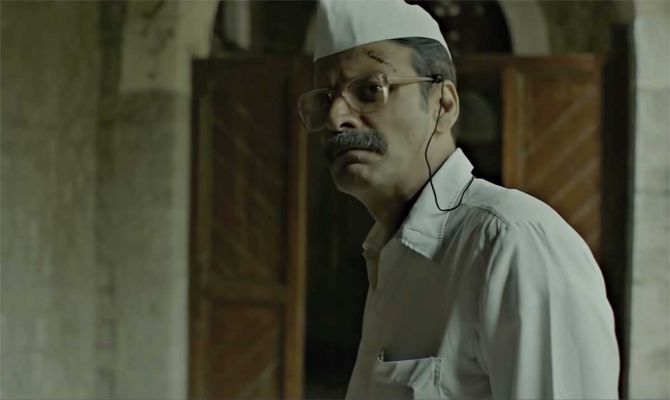 “I became producer on this one because no one was ready to produce the film.

“When the director Devashish Makhija came to me with the offer we had to hunt for the producer.

“They all feared a backlash because of the film’s political overtones.

“We had so many meetings about the film.

“In the meanwhile he made a short film Tandav with me. But we’d keep coming back to Bhonsle.

“The director kept coming up with new versions of the script.

“From the first day of shooting when Devashish put me in a crowd of 70,000 people I was ready for the challenge.

“I spent the whole day with the Ganpati processions on the streets without the crowd knowing about it.”

In Bhonsle Manoj played a man who goes all out to fight for what he thinks is right.

How far would you go to stand up for what he believes in?

“My way of protest is not to go on a dozen channels. But I assert myself in every sphere of life.

“My wife, daughter and I correct each another all the time.

“I try to do what is right. How far would I go to fight for what I believe in?

“The time to stand up against injustice is always right.

“There are different ways of registering one’s protest.

“And as long as you stand up for what you feel to be right, it doesn’t matter when or where it happens.”