‘Two imperfect people who have perfectly been stuck together since twenty-two years! Happy anniversary Tina’, Akshay writes, referring to the name Twinkle’s parents Dimple Kapadia and Rajesh Khanna gave her.

The couple are currently in the UK, where Twinkle — also known as Mrs Funny Bones by her army of fans — is pursuing a fiction writing course.

Wishes from their friends have started pouring in.

Akshay’s Bade Miyan Chote Miyan co-star Tiger Shroff writes, ‘Happy anniversary sir wish the both of you the best years of your lives ahead.’

His Holiday: A Soldier is Never Off Duty leading lady Sonakshi Sinha wishes too: ‘Happy happy anniversary you two.’

Akshay and Twinkle had a low-key wedding with just 50 people on January 17, 2001 at their designer friends Abu Jani and Sandeep Khosla’s home. 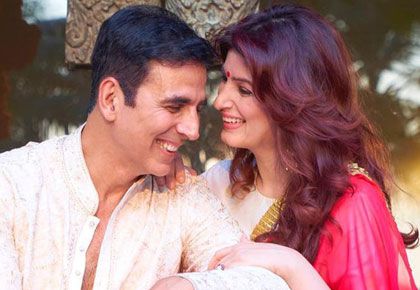