On Hina Khan's birthday, here's looking at the actor and fashionista's career as she made sure that she wasn't typecast. When a doe-eyed, shy, blushing Hina Khan appeared in the early Yeh Rishta Kya Kehlata Hai promos back in 2009, one wouldn’t have associated her with bringing the house down in Bigg Boss years later, or the scheming Komolika in a Kasauti Zindagi Kay reboot. At the time, Hina Khan’s Akshara was just one of the many traditional daughters-in-law that the television industry churned out.

She played the character with full dedication for a little less than a decade, exploring all the story templates that soaps could offer—-nervous bride to the perfect wife, daughter-in-law, daughter, mother to two children, losing one child, struggling to ‘keep the family together’ while the husband (Karan Mehra) lay in coma, and finally the time leap of 20 years, till she finally quit the serial. For those who consumed YRKKH and waited for each plot twist, Akshara remains an iconic name, and her chemistry with Karan Mehra was dearly appreciated, despite the rumours of rifts off-camera. The world of the ‘good’ women in Hindi serials has a straight and fixed path—-being paragons of virtue, following traditions, bearing the problems of their household, and sacrificing their happiness, when required.  Hina took the daring step to leave at the time she did because she, perhaps, knew that she would find it difficult to break the bahu image in the foreseeable future. It’s daring because many from the television industry essaying similar roles, have stuck to their image of ‘sweet-good-girl’, with just a determined handful resisting being type-cast.

Hina left Yeh Rishta with ‘nothing in mind’. She was not seeking an image makeover, she had done as much as she could with Akshara, enough for her to pass the baton on to the character’s daughter Naira. Then came the reality show Bigg Boss 11, and a new side of Hina was revealed. Breaking the image of saccharine sweetness, Hina’s pitchforked battles with Arshi Khan. Hina was embroiled in numerous controversies for saying that the South Indian industry preferred ‘bulging women’, hinting at Sakshi Tanwar being ‘cross-eyed’, or derogatory remarks about Arshi Khan, as well as mocking Shilpa Shinde. Her journey in the Bigg Boss house was a rollercoaster ride, and the followers of Akshara pieced together the new image of Hina Khan that emerged on the television screens. Dropping the mantle of the goodie bahu, she made her mark as being bold and outspoken. 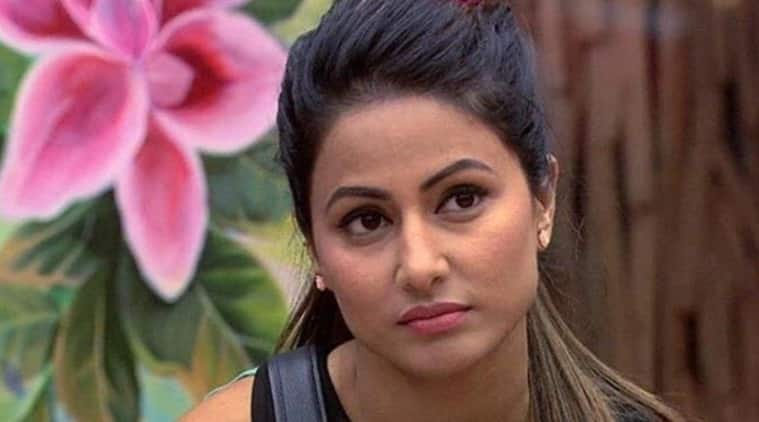 Bigg Boss 11 was a ‘game-changer’ as Hina once told ET times. Apart from a new personality, she became known for her fashion game as well. “When I left Yeh Rishta Kya Kehlata Hai I had nothing in mind. I had never thought about any image makeover or proving anything to anybody or to the world. I wasn’t thinking that I want to show my side to the world. It was not the case. I was just done with the show and I wanted to take a break. That’s it. But the whole game changed when I went inside the Bigg Boss 11 house. That too not when I was inside the house, it was when I came out of the show. I just wore different clothes in BB 11. When I came out I realised ‘oh my outfits are being liked’, people have seen me in a different light, I have become this fashionista for them. That’s when I made a conscious decision that I will keep this going,” Hina had said.

Since then, Hina has worked hard to mix it up for her fans. She clearly doesn’t want her followers to get used to her in one avatar, not an innocent romantic, or a scheming vamp. After proving herself in matters of villainy with Komollika in Kasautii Zindagi Kay, Hina has tried different things. In 2021 itself, she played a sweet romantic in the music video Baarish, and then in Main Bhi Barbaad, another music video, she portrayed a character who could kill for love.

Hina Khan likes to keep surprising her fans, it will be interesting to watch what she does next.