Hawkeye first impression: While the beginning of previous MCU series showed promise, Jeremy Renner-Hailee Steinfeld show is tepid right from the start. Despite a couple of genuinely cool moments, the show is a chore to get through so far. 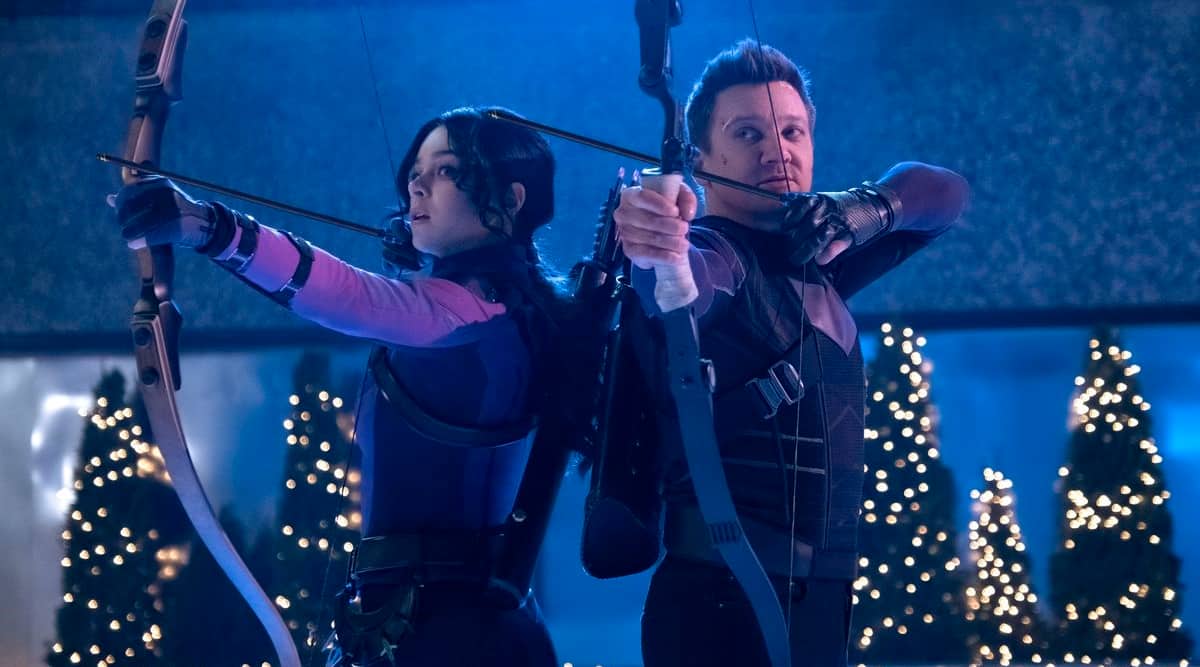 Disney+ MCU shows have been something of a mixed bag so far. Marvel Studios’ foray into television has been far less spectacular than their big screen presentations. Despite some decent ideas, the execution in every single case — WandaVision, The Falcon and the Winter Soldier, and Loki — was flawed in one way or the other. MCU’s latest offering, Hawkeye, is hardly an improvement on the graph.

For instance, WandaVision’s downright ill-thought-out ending undid everything interesting the show had achieved till then. With Falcon and the Winter Soldier, the story had little heft to begin with and the wrong-headed finale impressed only the die-hard MCU fans. Loki’s ending (or season 1’s ending), while marginally better than the other two, was pretty dull and overshadowed its own hero.

In the end, the plot of these shows seemed to be stretched to its limits and perhaps fewer episodes (or, and here is a radical idea — a feature-length movie) would have told a focussed story. On paper, the television format should allow for deeper storytelling and more intimate character work, and it is certainly true for many shows. But Marvel is yet to get the hang of it.

Hawkeye, thus far, continues that tradition of mediocrity. While the beginning of previous MCU series showed promise, Hawkeye is tepid right from the start.

It feels long and does not do much in terms of developing the plot and characters in compelling ways. I have seen only two episodes of the show, so there is a chance that my opinion might change, but I wouldn’t count on it.

Kate, belonging to a rich family, has grown up idolising Clint because she saw him fighting the Chitauri during the Battle of New York. She took up archery as a result and is pretty adept at it. She witnesses an underground auction of various rare items, which includes Clint’s sword and costume when he had assumed the mantle of Ronin. If you recall, Clint went off the rails in Avengers: Endgame after his family was ‘snapped’ by Thanos. 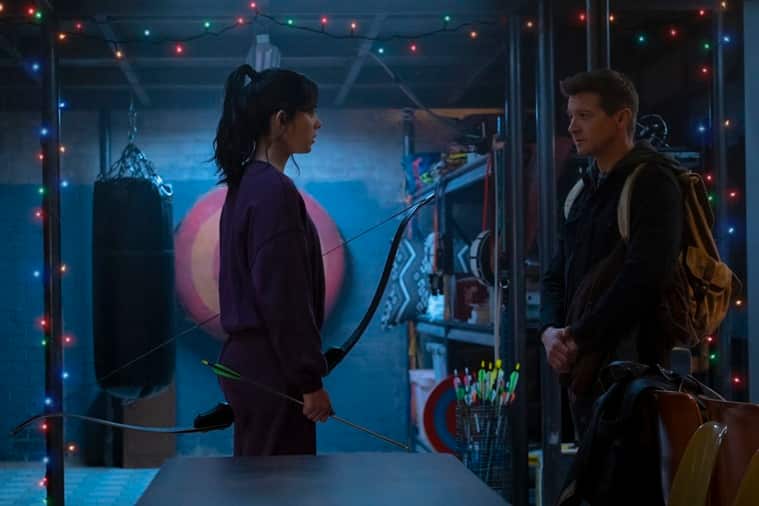 Some Russian goons attack the auction, and Kate makes off with the costume. While clad in the Ronin costume, she falls afoul with all sorts of shady underworld groups who are on her trail for something Ronin did to them. Hawkeye rescues her from a scrap and the two fall into an uneasy partnership in which Clint wants to make sure Kate is safe, and Kate just wants him to teach her.

A couple of genuinely cool moments (borne mainly out of the actors’ work than what the script provides) notwithstanding, Hawkeye, or at least its first two episodes, are a chore to get through. That’s something you say rarely about anything MCU. The series tries hard to play up the fun interconnectedness of the world, but that just goes to show that the makers are not sure it would stand on its own.

Jeremy is a sideshow so far, but Hailee is absolutely excellent, and thus far the MVP of the show. She is basically carrying the whole show on her shoulders. Vera Farmiga is another highlight as her mother Eleanor. She makes the character more interesting than it has any right to be. Tony Dalton, Lalo Salamanca in Better Call Saul, is clearly being set up as a red herring villain (seemingly a bad guy who turns out be good), but we have seen too little of him to make up our minds.