Here is a list of five best performances of Andy Serkis' career, ranging from the obsessed Gollum in Lord of the Rings trilogy to the murderous Ulysses Klaue in The Black Panther. The list includes both motion-capture and otherwise. 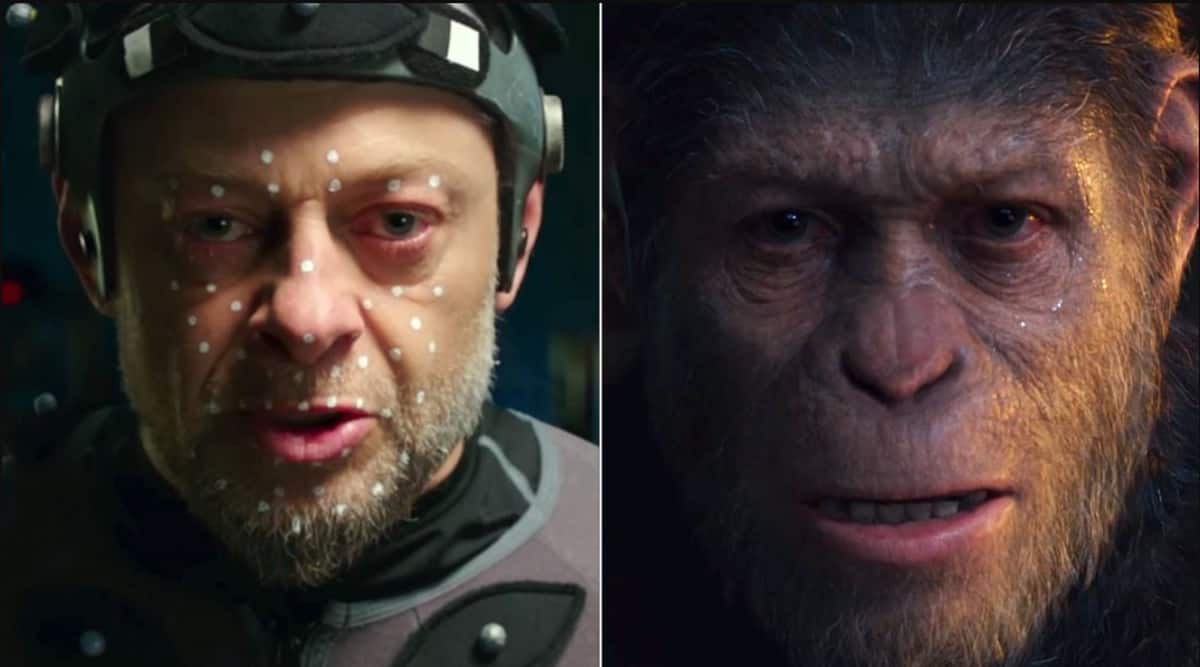 Gollum, and Andy Serkis, entered movie mythology with these two rasping words. As Peter Jackson brought a larger-than-life vision to our cinema screens in Lord of The Rings, it was also a win for motion capture technology. Serkis was to become synonymous with this technology but the duplicitous Gollum was where it all started for him.

In years to come, we would know him as a giant gorilla (King Kong), a genial bear (Baloo in Jungle Book), the rapidly evolving chimpanzee who will rule the earth (Caesar in War of Planet of the Apes) and a naval captain who loves the bottle as much as alliteration (Captain Haddock in The Adventures of Tintin). As Serkis turns 57 today, here’s putting a spotlight on an actor whose best work is not simply ‘acting’ in the traditional sense, it is motion-capture acting.

There is an ongoing debate as to whether motion-capture should be recognised as a legitimate form of acting. When The Lord of the Rings: The Return of the King swept the Oscars in 2004 (winning all the eleven categories in which it was nominated), many critics wondered if Andy Serkis should have been nominated in Best Actor or Best Supporting categories. They were of this opinion because his turn had been one of the most striking performances in the entire trilogy.

The actor himself revels in it. While promoting Tintin, he had said about being ‘the man with no face’, “I see myself in every single character that I play… I may not be manifested on screen, but with every acting decision, and every in the moment beat, you’re not just conveying a look, but also a thought and a feeling. You’re embodying the character and giving soul to it.”

Here is a list of five best performances of Serkis’ career. I have included both motion-capture and otherwise.

Gollum in The Lord of the Rings trilogy and The Hobbit: An Unexpected Journey

Gollum, formerly a Hobbit who became corrupted due to the One Ring’s influence, is easily Serkis’ best known role. The character was fascinating and also provided much-needed humour when things got grim in the LOTR trilogy. The humour was due to Gollum’s grammar (he keeps saying “We wants it” regarding the One Ring) and his two perpetually warring personalities – one childlike, innocent and helpful, and the other greedy, murderous and evil. Most of the arc of his character in the story is about these two personas vying for control. To say that Andy Serkis gave life to Gollum would be the understatement of the century. Andy Serkis BECAME Gollum. Even without the CGI trappings of the character, Serkis was hardly distinguishable from his character. He crafted a convincing voice for Gollum that did not need any artificial manipulation. This was a driven, committed performance by a supremely talented actor.

After LOTR trilogy, Serkis once again collaborated with Jackson in 2005’s King Kong, an epic-length remake of the 1933 original. The film was long and felt so, but it was also consistently entertaining and Serkis, along with Jackson and his visual effects company Weta Digital, created a spectacular experience that has not aged even a bit.

Caesar in the Planet of the Apes trilogy

Just like Gollum, Serkis became Caesar in this film trilogy, portraying it first with playfulness as a child, then with a grim determination and a poignancy as the adult chimp. The performance was constantly spell-binding, and another showcase as to why motion-capture acting should be considered as acting.

Serkis’ range is not limited to just motion-capture, and his performance as the crazy, devilish villain Ulysses Klaue in Black Panther is a case in point. Although Klaue died too soon in the film, he anyway left a considerable impact on the moviegoers.