Popular actor Gurmeet Choudhary talks about his latest project The Wife, transitioning from television to films and his lockdown diary. 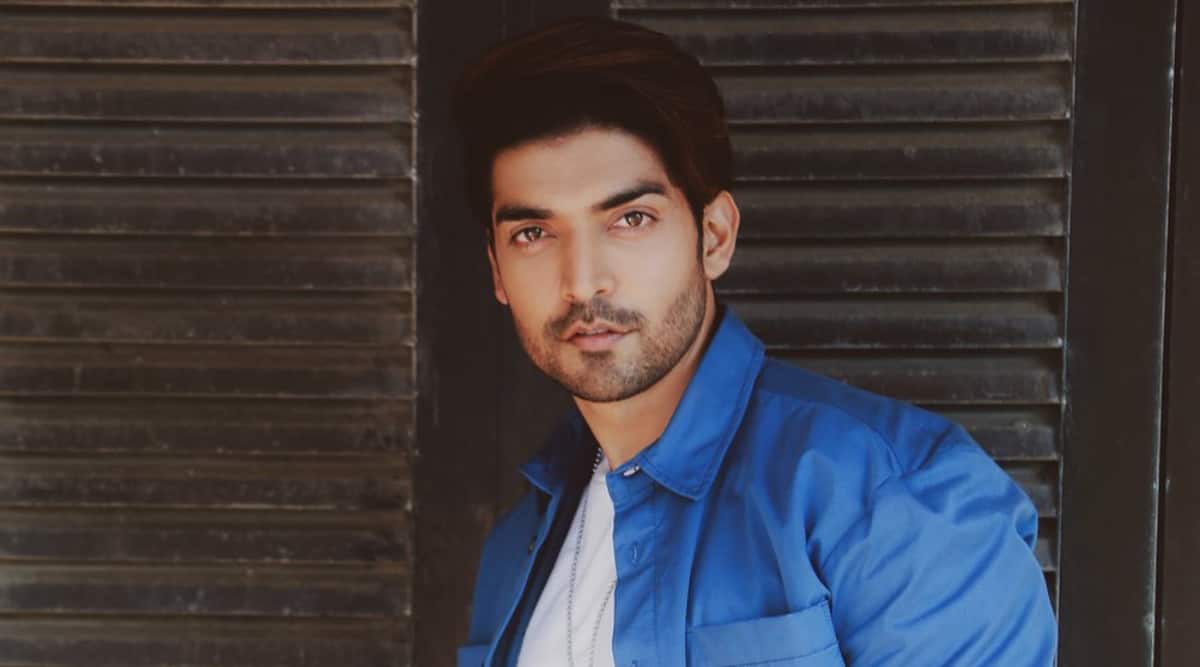 Gurmeet Choudhary’s latest release The Wife is streaming on ZEE5 currently. Also starring Sayani Datta, the film is about a married couple whose life goes for a toss after they find their new house is haunted by a spirit. It will also mark the debut of Gurmeet as a solo hero.

In an exclusive chat with indianexpress.com, Gurmeet said that while most horror films have similar storylines, The Wife has given a very different treatment and is more of a psychological thriller.

A fan of the genre himself, the 37-year-old said he and wife Debina Bonnerjee watch a horror film on the first day of the release. He also confessed that Debina gets scared easily and often hides her face while watching the film but enjoys the experience. Talking about how she watched The Wife, Gurmeet said, “Given it was my film, she couldn’t even turn her face away from the screen. She was holding my hands, and itna nocha hai usne (she completely scratched me). The multiple marks on my hands are a proof that she was quite scared and liked the film (laughs).”

While Gurmeet accepted the big screen and Dolby sound experience will be missing with a direct-to-OTT release, he added that The Wife is a slow burner, and would stay with people for long. “Most of our audience watch content on phone, and I think if they keep the headphones on, they are in for a ride. The background music is quite strong in the film. I won’t say it’s an outstanding movie but has been really shot well and someone who enjoys the genre will really like it,” he shared. The actor also felt that with the number of coronavirus cases rising once again, few people are heading towards cinema hall, and hence a digital release is the best option as “that way you don’t even need to bother about the hit or flop tag.”

The actor had earlier shared that he would gift a cameo to wife Debina Bonnerjee in all his films. Sharing that the title of the film suffices for her absence in his latest release, Gurmeet shared a fun anecdote. He said that his leading lady in The Wife is also a Bengali, and even has the same birth date as Debina. “The wife is everywhere for me,” he smiled to share.

Having made his debut with television show Ramayan, Gurmeet Choudhary has also been part of shows like Punar Vivah and Geet. Many TV stars have confessed facing discrimination when they moved to Bollywood. For Gurmeet too, the early days were quite a struggle. “I became quite popular after Ramayan and while I would get film offers, none of the popular production houses called me. And I was sure I wanted to make my film debut with a big film. And this is why I continued to do television. I must add here that Sushant Singh Rajput did help remove that baggage somewhere. After his wonderful debut, people started scouting for the next TV star, and that’s how I got picked.”

“Around seven-eight years back people had this major misconception. I have had directors tell me that people see you on TV everyday, who will pay to watch you? However things have improved a lot and actors are no more boxed. Also, television stars have their fans all across the world. When someone signs us, they automatically also get a set audience as our loyal fans would watch those projects for sure. If people understand this, then things will only get better for us,” he added.

Ask him if it was tough to let go of his stardom on the small screen to get good films, and he says, “It’s a challenge everyday. Honestly, acting is easy, what’s tough is getting good work. I was picked from television because of my angry young man persona, action and I was also the best dancer. However, I am yet to get that kind of film which will do justice to these qualities. While I am getting some good offers, I still crave for my kind of films.”

Lastly, Gurmeet Choudhary opened up about the year gone by, and shared how he emerged as a new person altogether from the lockdown phase, “Debina and I made an effort to entertain our fans by creating content. It was our way to keep them motivated during depressing times. There were so many people going through a tough time, and we tried to help them as much as we could. We also contracted the virus and while it was scary initially, we managed to swim through it smilingly.”