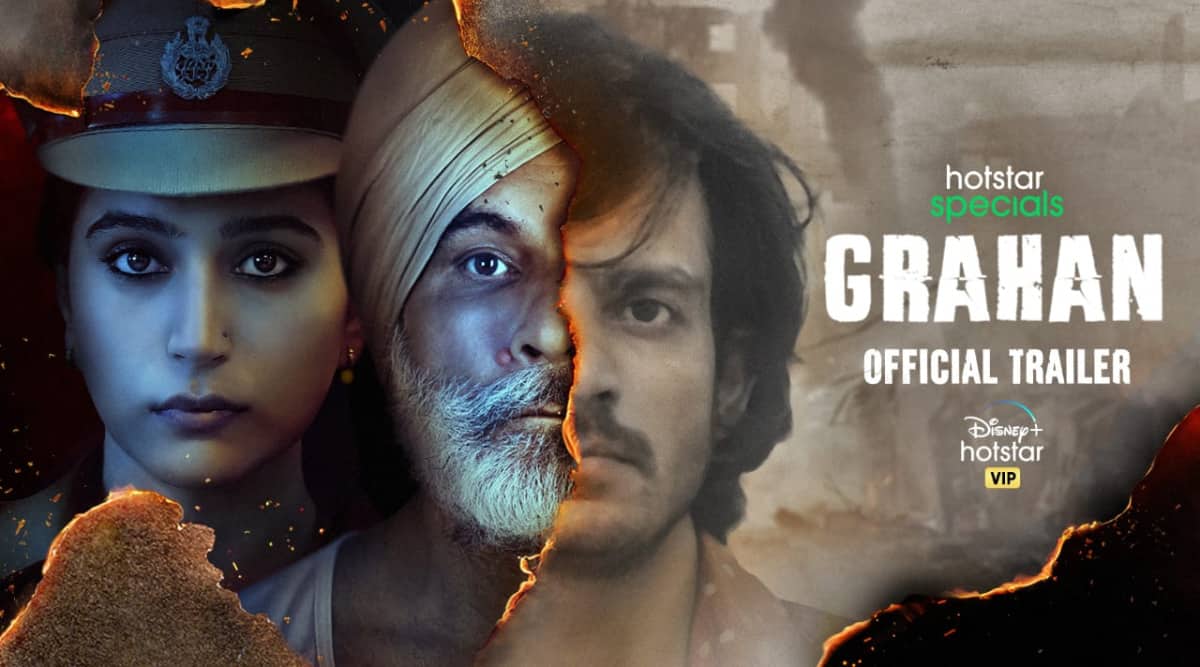 The riots of 1984 that took place after the assassination of PM Indira Gandhi have buried some of the darkest secrets of recent Indian history and the upcoming series Grahan takes that pivotal incident as the jumping-off point for its story. Disney Plus Hotstar Specials on Thursday launched the trailer of Grahan, starring Pavan Malhotra, Zoya Hussain, Anshuman Pushkar, Wamiqa Gabbi, Teekam Joshi and Sahidur Rahman. Inspired by the popular novel Chaurasi, the story traverses two worlds set apart by three decades but connected by a truth.

The trailer opens with a young IPS Officer Amrita Singh (Hussain) being handed a special case from the past, only to discover that her father Gursevak has been accused of a heinous crime. Torn between her duty and love towards her father, Amrita would have a hard time trying to unravel the mystery that will cast a shadow on her personal and professional life.

The eight-episode series is directed by Ranjan Chandel with Shailendra Jha as showrunner. It has has been bankrolled by Jar Pictures.

Talking about Grahan, Pavan Malhotra said in a statement, “An innocent love story, a riveting mystery, a complex web of emotions, but most importantly Grahan is the search for the truth. I have been fortunate enough to be a part of many movies and TV shows in my career, but this one is really special to me because of its strong narrative. The question is – what secret is my character Gursevak hiding from the rest of the world? It’s a well-made series and I think viewers will appreciate the story we have tried to weave.”

Zoya Hussain, who is set to make her digital debut with the Disney Plus Hotstar Specials series, added, “Grahan is about an emotional turmoil when an investigation gets too personal. Viewers will see the story unfold from my character Amrita’s lens. The interpersonal dynamics of all the characters, the treatment and the nuanced writing is what makes it starkly different than any other show in the digital world. The way the story moves between characters while capturing real emotions is what adds to the overall charm of the show.”

Starting June 24, Grahan will stream on Disney Plus Hotstar.