Good Newwz is going to be a quirky take on surrogacy. And keeping with the theme, the team of the upcoming rom-com released three posters on Thursday. Starring Akshay Kumar, Kareena Kapoor Khan, Diljit Dosanjh and Kiara Advani, Good Newwz has been helmed by debutant director Raj Mehta.

Makers Karan Johar’s Dharma Productions and Akshay’s Cape of Good Films unveiled three exciting posters, two of which feature the male leads squeezed in between the baby-bumps of expecting mothers played by Kareena and Kiara. The third one has all the leads together.

Check out the three new posters of Good Newwz: 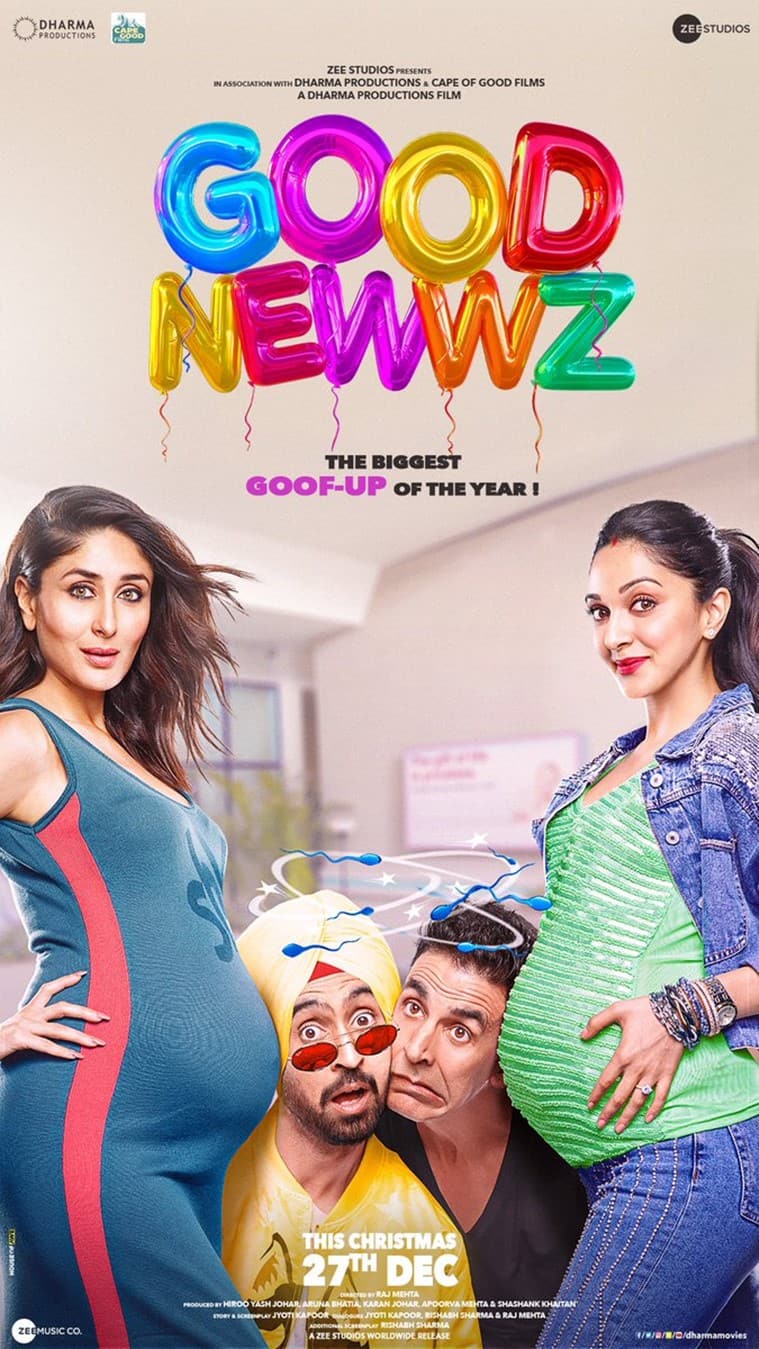 Tweeting the posters, Akshay Kumar wrote, “‘Squeezing’ in some #GoodNewwz for you this #Christmas season. Stay tuned, the biggest goof-up of the year is coming!” He further added, “There’s always someone who ends up with the same #Christmas present as you!” and “The goof-ups are bound to multiply…and that’s how you get, #GoodNewwz!”

Karan Johar also tweeted the posters with the caption, “Unwrap the best #GoodNewwz this #Christmas! These 4 are ready for a bumpy ride! In cinemas 27th Dec”

Good Newwz revolves around two married couples, Akshay-Kareena and Diljit-Kiara, trying to have a baby through surrogacy.

Akshay Kumar and Kareena Kapoor, who have previously collaborated in films like Ajnabee, Aitraaz, Kambakht Ishq, Tashan and Talaash, are reuniting after almost a decade.

Good Newwz is slated to release on December 27.