Maisie Williams' Arya Stark, who killed the Night King in a shocking development earlier on Game of Thrones, decides to sail to the "west of Westeros" seeking new adventures at the end of the series. 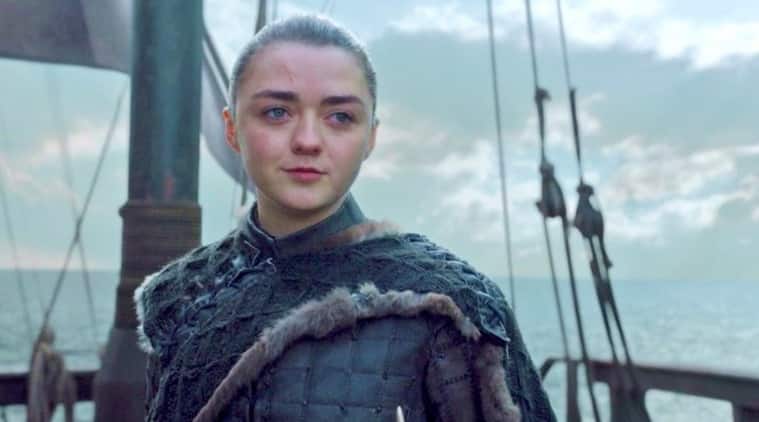 A Game of Thrones spin-off based on Arya Stark is not on HBO’s list of potential sister shows, network’s programming president Casey Bloys has confirmed.

Maisie Williams played the fan favourite character in the epic fantasy series which had its finale Sunday.

Maisie’s Arya, who killed the Night King in a shocking development earlier on the show, decides to sail to the “west of Westeros” seeking new adventures at the end of the series.

“Part of it is, I do want this show this ‘Game of Thrones’, Dan (B Weiss) and David (Benioff)’s show to be its own thing. I don’t want to take characters from this world that they did beautifully and put them off into another world with someone else creating it.

“I want to let it be the artistic piece they’ve got. That’s one of the reasons why I’m not trying to do the same show over. George (RR Martin) has a massive, massive world; there are so many ways in. That’s why we’re trying to do things that feel distinct and to not try and redo the same show. That’s probably one of the reasons why, right now, a sequel or picking up any of the other characters doesn’t make sense for us,” he told The Hollywood Reporter.

The news came after GoT star Nikolaj Coster-Waldau said having an Arya spin-off would be “amazing”.

A prequel of the show, based on books by George RR Martin “A Song of Ice & Fire”, is scheduled to shoot its pilot episode next month. It will be fronted by Naomi Watts.