The who's who of the Tamil film industry, inlcuding Kamal Haasan, Rajinikanth, Vijay and Ajith showed up to vote very early in the morning to beat the crowd. 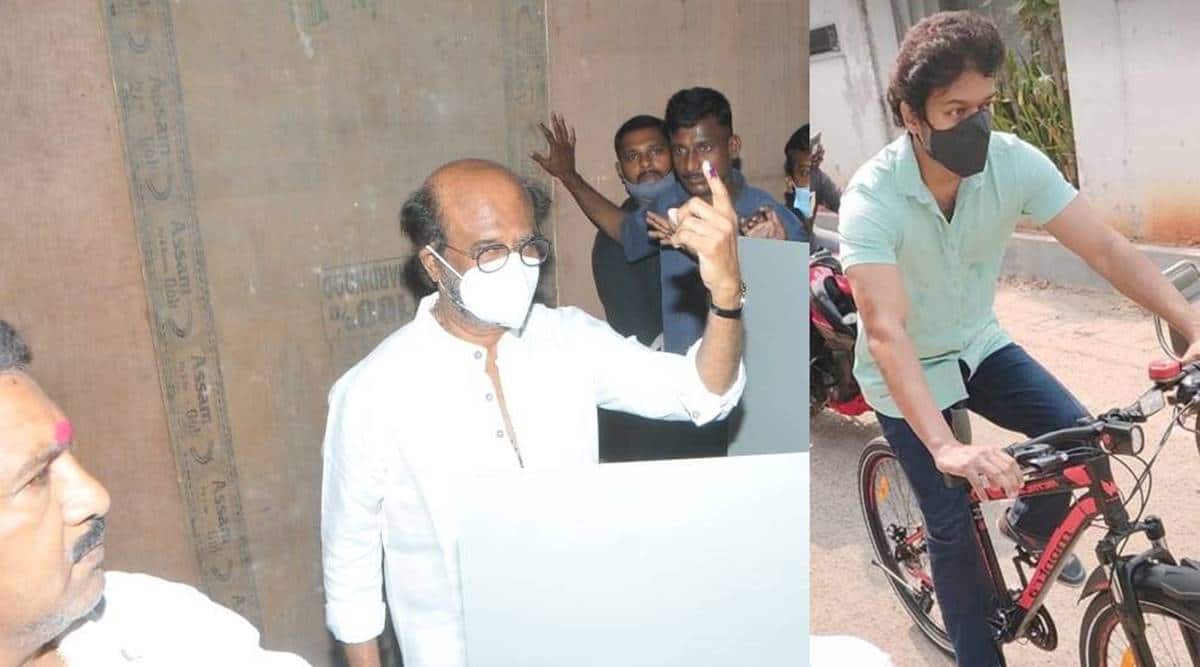 Voting for the high stakes assembly elections in Tamil Nadu began on Tuesday. The top stars of the Tamil film industry descended on their designated polling stations across the state to exercise their right to vote. And their presence added more drama to an already high-voltage election day.

Many celebrities showed up to vote very early in the morning to beat the crowd. Most of them chose to cast their vote without using their celebrity status to jump the line. Actor Suriya, his father Sivakumar and his younger brother Karthi stood in the line along with other electors, waited for their turn patiently to vote. The stars also posed for cameras for the media and showed their inked fingers, while some fans seized the opportunity to grab a quick selfie with them irrespective of whether they approved or not.

Such inconsiderate behaviour of fans got on the nerves of Ajith Kumar. He was at the polling station with his wife Shalini. As expected, fans in the crowd went into a frenzy. When a man in the crowd tried to get a selfie without Ajith’s permission, the star snapped at the man in question. It is a rare sight to see Ajith lose his temper in a public space. It is no secret that Ajith is notoriously media-shy and he is a very private person. But, he has always entertained fans who wanted to take a photo with him in the past.

Superstar Vijay rode a bicycle to the polling station as his entourage followed him. Was he urging people to go green? Or was it his way of criticizing sky-rocketing petrol prices? No statement has been released by the actor’s representatives to clear the air about choice of his vehicle.

And twin pillars of the Tamil film industry, Rajinikanth and Kamal Haasan also cast their votes amid much fanfare and media glare. Kamal, who is the chief ministerial candidate of Makkal Needhi Maiam showed up with his two daughters, Shruti and Akshara to cast his vote. And when Rajinikanth walked in, people went berserk. But, the superstar was vigilant in guarding his privacy against the hundreds of cameras at the polling booth. He made sure to keep the frenzied crowd at a safe distance before he voted for the political party of his choice.