Ayushmann Khurrana has the knack of finding scripts that don't necessarily subscribe to mainstream cinema's popular tropes. And, in the process of doing something unique, Khurrana has built a brand that goes beyond popular catchphrases and hook steps. 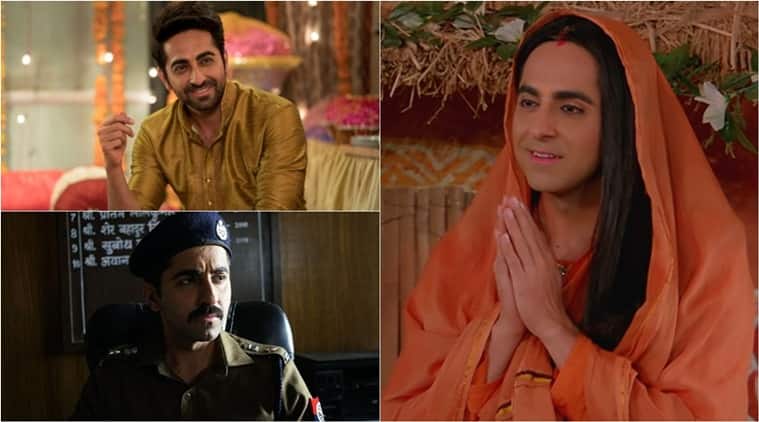 Ayushmann Khurrana is enjoying a dream run at the movies. The actor got popular due to his unique choices and is now known as the man with a midas touch.

As soon as he made his debut with Shoojit Sircar’s Vicky Donor, Khurrana became the actor to watch out for. After a few missteps like Bewakoofiyaan and Hawaizaada, he found his footing again with Dum Laga Ke Haisha and since then, he hasn’t looked back. The National Award-winning actor has the knack of finding scripts that don’t necessarily subscribe to mainstream cinema’s popular tropes. And, in the process of doing something unique, Khurrana has built a brand that goes beyond popular catchphrases and hook steps.

Ayushmann Khurrana will soon be seen in Dream Girl and Bala. In his 7-year long career where he has done 11 films, here’s something that we have often noticed in most of his films:

Khurrana is an impressive actor but now we are beyond the phase where superstars could carry a film on their shoulders single-handedly. The recipe to success for most of Khurrana’s films includes a great ensemble cast. Be it Badhaai Ho or Bareilly Ki Barfi, Khurrana’s brilliant work shone because he was ably supported by strong actors.

This is something that has become synonymous with Ayushmann Khurrana over the past seven years. Be it a character who donates sperms, or someone who is pretending to be a blind musician, Khurrana finds unique subjects that make for an engaging story and by far, this has mostly worked in his favour. His recent films Andhadhun and Article 15 were proof that Khurrana does not necessarily need a slice-of-life story to click with his audience.

In most of Khurrana’s movies, we usually see him playing the middle-class boy (Dum Laga Ke Haisha, Shubh Mangal Saavdhan, Badhaai Ho among others). And even though he plays the boy from the same socio-economic bracket, he makes every character look different. Most characters he plays are relatable largely due to the fact that we see these men around us all the time, especially in North India.

There was a time in Hindi cinema when dialogues sounded like heavy-weight statements that were often quoted by fans of the stars. Khurrana, luckily, belongs to the time when this trend is quite passe. In most of his films (Vicky Donor, Bareilly Ki Barfi, Badhaai Ho), Khurrana is often seen mouthing lines that seem relatable. His language reflects the milieu of the place his character comes from, and this helps in increasing the relatability of the character.

All of Ayushmann Khurrana’s films aren’t set in small towns but they often give the impression that they belong to places that aren’t often explored in mainstream Hindi cinema. Though he has done Dum Laga Ke Haisha (Haridwar) and Bareilly Ki Barfi (Bareilly), he has also managed to make his characters from the same city quite distinct from each other. Vicky Donor, Shubh Mangal Saavhdhan and Badhaai Ho were all set in different parts of Delhi and it’s easy to tell him apart in all these films.