David Schwimmer shared new photos from the Friends Reunion special, including a picture of himself and Jennifer Aniston. 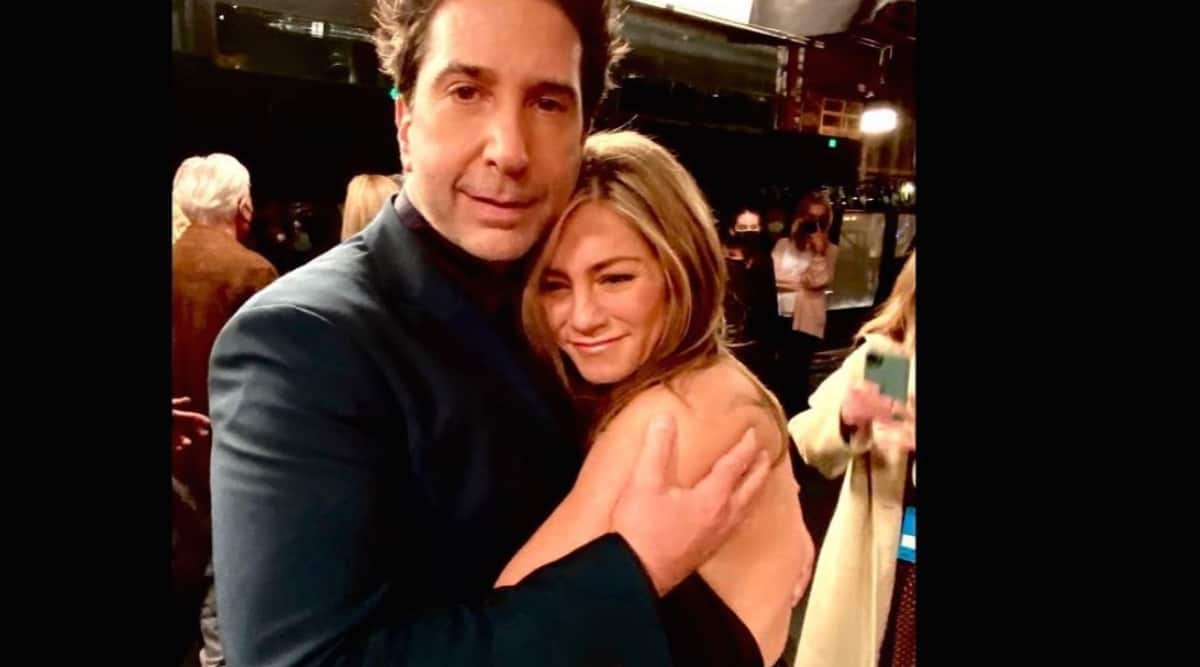 They were on a break—-or were they? Even though the sitcom Friends ended seventeen years ago, it feels as if the ’90s were just yesterday, courtesy the Friends reunion special and the several BTS photos the actors have been sharing.

David Schwimmer, who played the role of Ross in Friends, shared a ‘Part-2’ set of photos on Instagram, including pictures of the table read with the reunion episode director Ben Winston and the iconic cast huddle. He captioned the post, “Reunion Snaps Part Two. 1. Our Reunion Director & EP, the inspired and crazy talented Ben Winston. 2. Table read. 3. On the couch with the best possible host we could have asked for, Mr. James Corden. 4. Unexpected reunion with our brilliant and big hearted 1st AD! Thanks for all those years Ben Weiss. 5. Cast huddle right before the live Reunion audience. 6. After a very long day, last hug of the night. Thank you Hbo max for bringing us back together.”

Friends: The Reunion saw Matthew Perry, Lisa Kudrow, Courtney Cox, Aniston, Schwimmer and Matt LeBlanc, along with their co-creators Marta Kauffman, David Crane and executive producer Kevin Bright taking a trip down memory lane. During the special, Schwimmer revealed that he had a major crush on Aniston during the first season of Friends. “At some point, we were crushing hard on each other,” he said. “But it was always like two ships passing because one of us was always in a relationship and none of us crossed that boundary. We respected that.” To which Matt LeBlanc coughed rather loudly, leaving many fans to believe that there was something more between the two actors.

“Honestly, I remember saying one time to David, ‘It’s going to be such a bummer if the first time you and I actually kiss is going to be on national television,’” Aniston recalled. She further said, “Sure enough, the first time we kissed was in the coffee shop. We just channeled all that love and adoration into Ross and Rachel.”