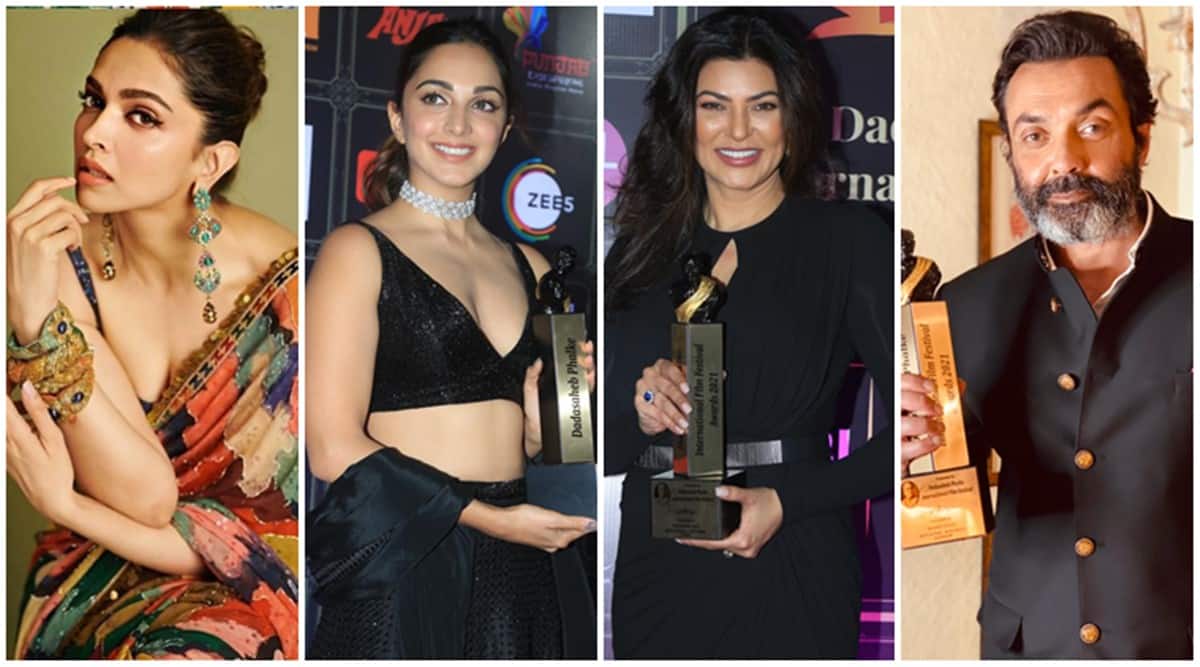 Deepika won the best actor (female) award for her performance in Meghna Gulzar’s Chhapaak that told the story of acid attack survivor Laxmi Aggarwal. Her co-star Vikrant Massey bagged the honour of best actor in a supporting role for his turn in the critically-acclaimed drama, penned by Atika Chohan.

Akshay Kumar was declared best actor (male) in the horror-comedy Laxmii, which was a remake of hit Tamil film Kanchana (2011). Akshay’s co-star in the film, Kiara Advani, won for her performance in the Netflix film Guilty.

Kiara took home critics choice best actor (female) for her role of a college girl, whose internalised trauma from being sexually abused as a kid takes the shape of misogyny when her boyfriend rapes their batchmate. Guilty was directed by Ruchi Narain and produced by Karan Johar’s Dharma Productions.

An ecstatic Kiara thanked the jury and her audience for the honour. “My First Critics choice Best Actress award for #Guilty 🙏🏼 Thankyou for this prestigious honour🙏🏼Thankyou @karanjohar @ruchinarain @somenmishra @apoorva1972 @dharmaticent @netflix_in and my entire team of Guilty! And to all you amazing people for rooting for me, my heart is so full,” Kiara wrote on Instagram alongside a picture of her trophy.

The best film honour went to Ajay Devgn-Saif Ali Khan starrer Tanhaji: The Unsung Warrior, which also ended up becoming the highest box-office grosser of 2020. Co-starring Kajol, the period film was directed by debutante Om Raut and produced by T-Series.

Bobby, whose career has got a new lease of life with OTT, expressed his happiness through an Instagram post featuring his mother. “To be in this moment with my mother,” he wrote alongside a picture of his mother hugging and affectionately looking at him as he posed with his trophy.

Kunal Kemmu won the best actor in a comic role for his hilarious turn in last year comedy Lootcase. The actor dedicated his win to the team of the film.

“Honoured, Happy and Humbled!  Best Actor (Comedy) #dadasahebphalkeawards This one is for the entire team of #Lootcase each one of who made the film shine with their talent. And a big thank you to each and every one who watched enjoyed and wished well for me and the film. Lots of love and lots of gratitude,” Kunal wrote alongside a picture of him adoring his trophy.


It was a special night for Bobby Deol for more reasons than one as father and veteran actor Dharmendra was honoured for his contribution to Hindi cinema in a career that spanned several decades.

Nora Fatehi, who has consistently wowed the audience with her dance moves, was awarded the best performer at the ceremony. Overjoyed at the recognition, Nora wrote on Instagram that the award made “all the bleeding knees, back injuries, bruises,cuts, sleepless nights were all worth it.”

The actor-dancer also wrote that the honour will encourage her to do more “performance oriented” songs and films and she is sure soon she will be bagging the best actor award.

“Thank you so much @dpiff_official for honouring me with the Performer of The Year Award! 😍🔥 it means so much that I’ve been recognised and appreciated for my work and presence! All the bleeding knees, back injuries, bruises,cuts, sleepless nights were all worth it! I’m always grateful to my fans and supporters..

“This uplifts me and encourages me to do more to create an even bigger impact in the world of entertainment! Cheers to more performance oriented songs and Films, this is the start of my presence in content driven films and performances as an actor now! Lets do this! Next year ill be taking best actress award too… Wait for it,” Nora wrote.