Is the era of Khans, Kumars and Kapoors over as OTT and Covid-19 level the playing field and change the economy that revolved around Friday releases? OTT's new faces weigh in. One of India’s biggest stars is having FOMO (Fear of Missing Out, if you are not a millenial and didn’t watch The Family Man 2). In a public declaration that establishes the power of OTT, Shah Rukh Khan said in a new promo that he is feeling left out now that all of his contemporaries are on streaming platforms but him. A confession such as that would have been unimaginable two years ago before a pandemic locked us in our homes and handed us personal screens for entertainment. Theatres shut down and an entertainment revolution of sorts happened. Star vehicles with inflated budgets and even more inflated egos fell flat. The Khans, Kapoors and Kumars made way for new faces, content-driven shows and films had our attention and the culture of the superstar quietly withered away. Are Shah Rukh Khan, Salman Khan, Akshay Kumar, Aamir Khan and Hrithik Roshan really the last of Bollywood’s superstars?

Aaj Mumbai ka king kaun? “Mumbai ka king aaj ke samay mein OTT hai (OTT is the king of Mumbai now),” Manoj Bajpayee’s words reiterated how tables have turned within a span of two years owing to the way we consume content these days. Bajpayee, coincidentally one of the biggest beneficiaries of the streaming revolution, has no qualms in accepting that the system that revolved around Friday releases is a thing of past.

Streaming platforms such as Netflix and Amazon Prime levelled the playing field and pandemic fast forwarded the process that otherwise would have taken years. When pandemic shut down everything, eulogies for stardom were already being written for the economy that survives around a star — big budgets of which the star himself takes the lion’s share, extravagant promotional budgets and big ticket releases. However, with theatres shut due to Covid-19, the big names felt an immediate pinch. Among the big stars, only Akshay Kumar’s Laxmii and Salman Khan’s Radhe saw a release on OTT and by all accounts, got a reaction that was long way off from the expected theatrical hoopla.

Ahead of BellBottom release, Akshay Kumar himself accepted how streaming services have changed the ecosystem. “And the push is going to be more. Actors have gotten visibility and they are so busy. You can get the biggest star’s date but not of character actors,” he told indianexpress.com.

Does that mean the so-called ‘stars’ now need to change their game plan? Is the superstar era over in India’s entertainment industry? And who are these ‘character actors’ who are the faces of this revolution? 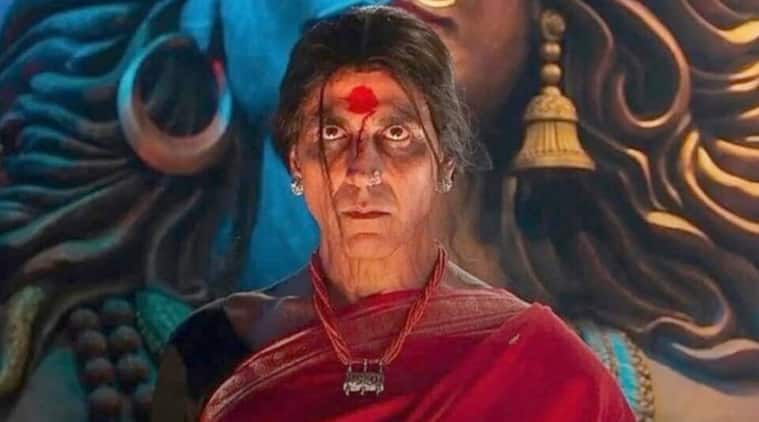 Akshay, who himself became one of the first Bollywood superstars to take the OTT route for the premiere of his Laxmii last year, is set to make his digital debut on Amazon Prime Video’s web show, The End. And so is Shahid Kapoor with Raj Nidimoru and Krishna DK’s upcoming thriller-comedy series on the same channel. Ajay Devgn is doing a web series Rudra.

Ace actor Gajraj Rao whose Lootcase was a part of the first set of movies that had a digital premiere in 2020, feels the current period can be considered “the return of the Salim-Javed era” where emphasis is on good scripts. “The scripts and their writers are becoming equal stars and superstars in their own right,” Rao said. He has had a slew of releases during this period on OTT and is one of the actors that audience has come to expect excellence from.

Manoj Bajpayee, Gajraj Rao‘s co-star from Ray, an anthology that had a Netflix release in June this year holds the same opinion. According to him the need for good story has ensured that “great writers, directors with vision, great performances are the real kings.”Apart from The Family Man and Ray, Manoj Bajpayee has seen the release of Silence Can You Hear It and Dial 100 recently.

Pankaj Tripathi also gained the most from the medium. Headlining Mirzapur, which released its season two in 2020, the versatile actor got a stronghold on the web too. Infact most of his films had a digital premier in the last one year – Gunjan Saxena, Ludo and Mimi. But he disagrees on being called the faces of OTT. He believes that imbalance in the system is because of cinema halls still remaining restricted and OTT being the only feasible option. “And what’s this superstar tag? Some people call themselves superstars. I feel so embarrassed hearing that. Opening and box office collection hold no importance on OTT. All that matters is whether it’s a good film or a bad film,” he said.

With box office going for a toss, Friday has lost its charm. The entire business module of commercial films has been tweaked. For a film industry that cast mega stars to ensure numbers at the ticketing windows, is now vying over getting hold of actors who are the new stars on the small screen. Rasika Dugal, who got much fame on the web is delighted that there’s no such number game here. “A piece of work is known for what it is, rather than the number of people who watched it,” she told us. 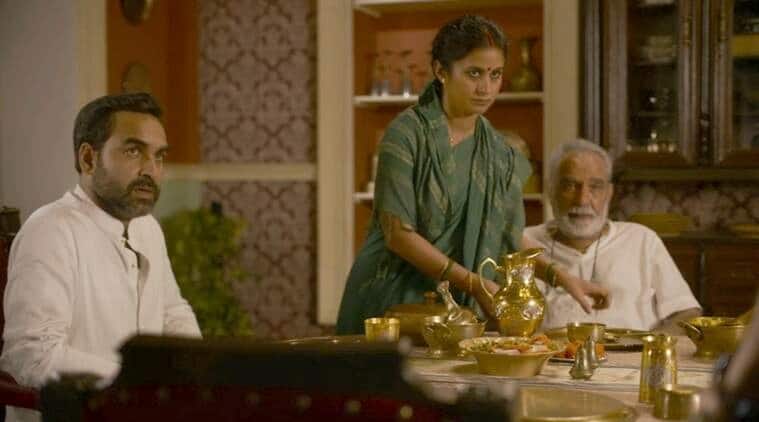 Salman Khan’s Radhe had a theatrical release on Eid this year. This was after his Bharat kept the date around the festival in 2019. But things were a tad different this time. Radhe got panned and ended up with a 1-star rating on IMDb, becoming Salman’s worst-rated movie. Previously, even Laxmii and Sanjay Dutt’s Sadak 2 turned out to be damp squibs. Fans’ rejecting the biggest stars suggested there’s no place for them if their movies lack proper scripts.

Just like any other gadget, the entertainment sector also undergoes an update every few decades. As a result, the meaning of stardom and the corresponding fandom changes too. Actor-casting director Abhishek Banerjee had a rather interesting take on the rehashed superstar culture in India. “Our father said nobody saw a stardom like Rajesh Khanna, our grandfather saw Dev Anand. Then Dharmendra came, Amitabh Bachchan came, Shah Rukh Khan, Aamir Khan and Salman Khan came. So the meaning of stardom changes at different phases,” he told indianexpress.com.

This can be credited to the audience’s access to the stars today. The more this reach kept increasing, the super stardom kept falling. Actors on the web platforms are much more accessible than say Khans or Kapoors. Their Instagram handles have no frills attached and come across as real people. Abhishek opined that superstar era isn’t over, it is just seeing a slide. “You see films in the south are managing to deliver Rs 100-150 crores profits even in the middle of the pandemic. So that craze is definitely there. You need a superstar on the box office to attract public. You don’t need that on OTT because that is a very individual experience. You aren’t watching it like a stadium where you sit and clap, you watch it alone with all your concentration. So your expectation increases from the story,” the actor said adding that cinema is a director’s medium and the real superstars are people like Raj and DK, Sudip Sharma-Avinash Arun-Prosit Roy, Jamtara team or Mirzapur team, the ones who work behind the camera. 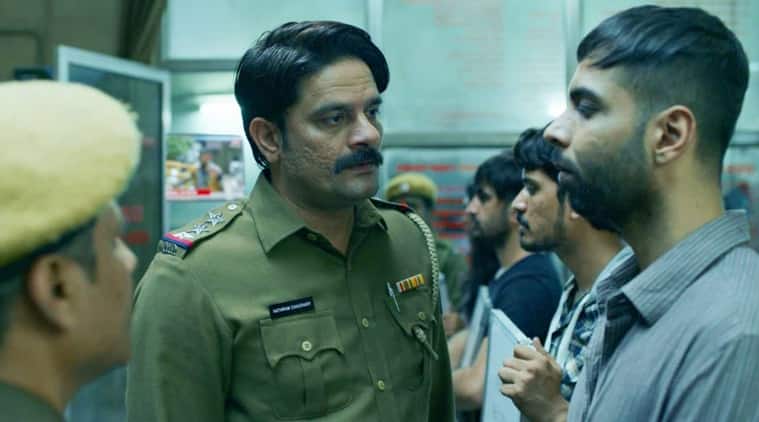 Abhishek delivered one of the biggest hits of last year – Paatal Lok playing its main antagonist. The show which filled in for the vacuum of IPL’s postponement due to the lockdown in May, went on to get listed by Variety magazine as one of the best international TV shows of 2020. For that matter, another sleeper hit, Scam 1992 emerged as the highest rated Indian show among the top 250 TV shows and web series in the world in 2020. Both the shows gave the Indian celluloid two new headliners – Jaideep Ahlawat and Pratik Gandhi.

Scam 1992 director Hansal Mehta is thankful to the OTT that gave space to such actors who were waiting for a breakthrough for years. The filmmaker, however, disagrees that this is because the superstars are gone. “We are in a very uncertain place in history. We are seeing the world adapting to things and trying to find new ways of remaining engaged. In that process, top class talent has found expression. But having said that, once theatres open, there is going to be place for that spectacle and stars. I do believe the stories that we tell are going to change. The stories that even the stars align themselves with, are going to respond to the changing scenario,” Mehta said.

“I just think the playing field has expanded and everybody has found their place. I do feel that your star status is not going to matter on OTT particularly, as long as you’re a part of a unique and well told story,” the director added.

But has breaking of the box office window eased out the filmmaker in him, whose Chhalaang also had a digital release in 2020? He says box office is ingrained into the DNA of the people. “It makes the job of executives easy, because you just see the Friday-Saturday-Sunday collection and move on. You don’t need to put any hard work into declaring whether a film has worked or not worked. The more complexity you have in the metrics of film success, the more challenging it becomes. And our whole eco-system works on this mediocrity. I don’t see new metrics of OTT to measure the real success of a project coming in.”

Abhishek, also the casting director for successful projects like Mirzapur, Paatal Lok, Panchayat, Tandav, Bandish Bandits and others, feels it is the best time to be an actor. That’s because earlier, casting team had to fight a battle to vouch for a lesser-known actor. The production houses were hesitant to put trust in fresh faces. But things have gone topsy-turvy. “Now we are casting according to character and not star power. Hence you’re seeing a lot of actors on OTT who you believe were hiding till now. But they are the same people who were struggling for years in this city. Finally they are getting work,” Abhishek said, also sharing that soon he’ll need to research more and find actors from all corners of the country.

The boom in the digital space has definitely opened floodgates for Indian content to travel on global platforms. But there’s a long way to go. “It is just a matter of time that our Indian show becomes a Game of Thrones or Money Heist or House of Cards. When you’ll be catering to the world audience, your standard of working will change. If Martin Scorsese can make a film for Netflix, I’m sure in few years even Christopher Nolan will give in to this platform filmmaking,” Abhishek added.

Akshay, who’s finally ready to budge in front of the new set-up and grab a good script concluded, “I don’t want to miss out on anything. I am not going to be like, ‘Oh I don’t have dates. Please wait for me,’ because I know he (producer) won’t wait. So, stop showing off your star power because there’s nothing called star power. The power is only in the script. If you are getting a good script, just take it.”