It’s a festive weekend in the Bigg Boss house!

Weekend Ka Vaar begins with Alia Bhatt singing a birthday song for Salman Khan as he turns 56 on December 27.

Bhai then takes over the stage and invites RRR Telugu movie stars Ram Charan, NTR Jr and Director S S Rajamouli on the Bigg Boss stage. He chats with them and even shakes a leg with them, and it’s fun to watch.

The RRR team meets the contestants and Alia asks Abhijeet Bichukle to sing a song. Salman pulls his leg and asks him not to sing but Bichukle doesn’t listen.

Later, the housemates perform on Salman’s hit songs and wish him a happy birthday.

The RRR team gets a special cake for Salman and celebrates his birthday in style. 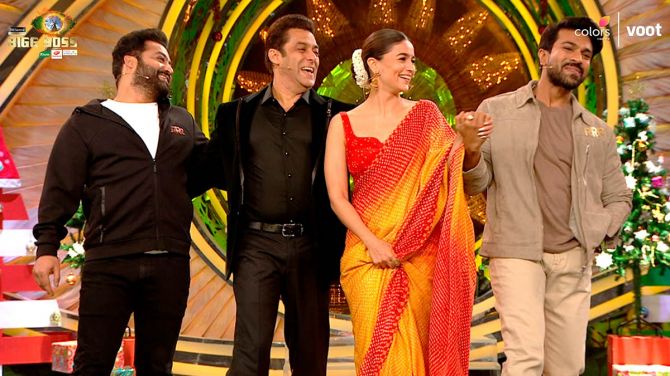 Once they exit, Salman gets down to business and praises Rakhi Sawant for being the only housemate to reach the Ticket to Finale week.

When Salman brings up the Tunnel task, everyone says Devoleena Bhattacharjee and Rakhi were being unfair throughout the game.

Salman reminds the contestants that everyone has been unfair when they were sanchalaks.

He grills Karan for creating chaos in the house over Rakhi being unfair and fighting with Tejasswi Prakash. Salman states that Karan wasn’t happy as Tejasswi would have won the Ticket to Finale task instead of him.

Karan defends himself, but his argument isn’t convincing. 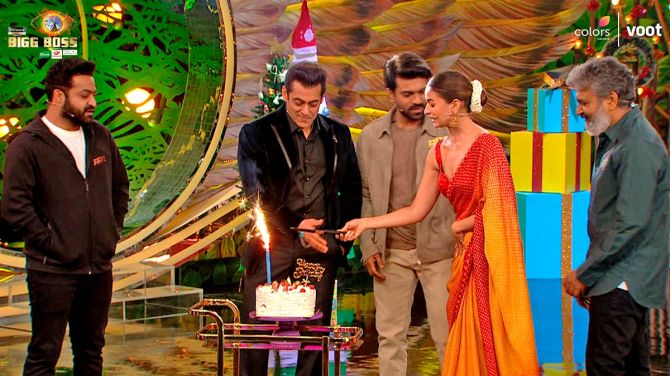 Salman then reprimands Shamita Shetty for forgetting that she too was biased towards Vishal Kotian during the earlier tasks.

Bhai puts Tejasswi in the spotlight and asks her why she didn’t play the task for herself and take a stand against Karan.

Even Nishant Bhat, Salman says, told Karan that Tejasswi is right in playing the game for herself.

On Sunday, Salman gives a new task to the housemates where everyone has to answer some questions.

Tejasswi is asked if she has a boyfriend outside the house and the actress says she was in a relationship but that is over.

Next, Karan gets asked a few funny questions and he answers them all.

During the task, he reveals that he would like to be friends with Shamita in the real world. When Rakhi makes fun of Shamita’s injury, the latter gets offended.

Salman has a hearty laugh and tells Shamita to take it as a joke. After all the fun, Salman invites Jersey stars Shahid Kapoor and Mrunal Thakur on the stage.

Bhai chats with them and dances to Shahids popular number Agal Bagal.

Next, the housemates are given a jersey task. Everyone has to give out a jersey which says Loser No 1.

Pratik Sehajpal gives the jersey to Rashami whereas Devoleena gives it to Karan.

Shamita gives it to Rakhi and vice versa.>/p>

Once the task is over, Shamita breaks down and tells Nishant she wants to leave. 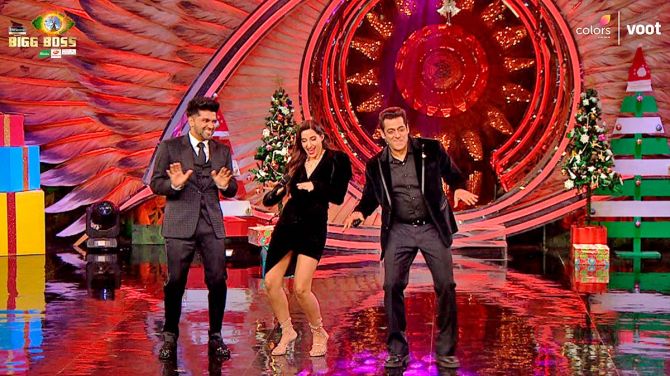 Nora Fatehi and Guru Randhawa grace the stage and indulge in some naach-gaana with the host.

As it’s the Christmas weekend, the housemates give gifts to each other and this lightens the atmosphere in the house. Karan proposes to Tejasswi and Nishant-Pratik mend their friendship by apologising to each other.

No one gets eliminated during the Xmas weekend. 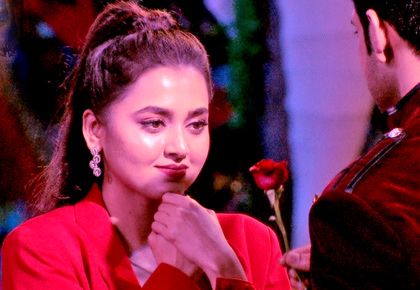