Divyenndu has a smart mouth on him, and makes the most of Bicchoo Ka Khel, but even he needs a new schtick. 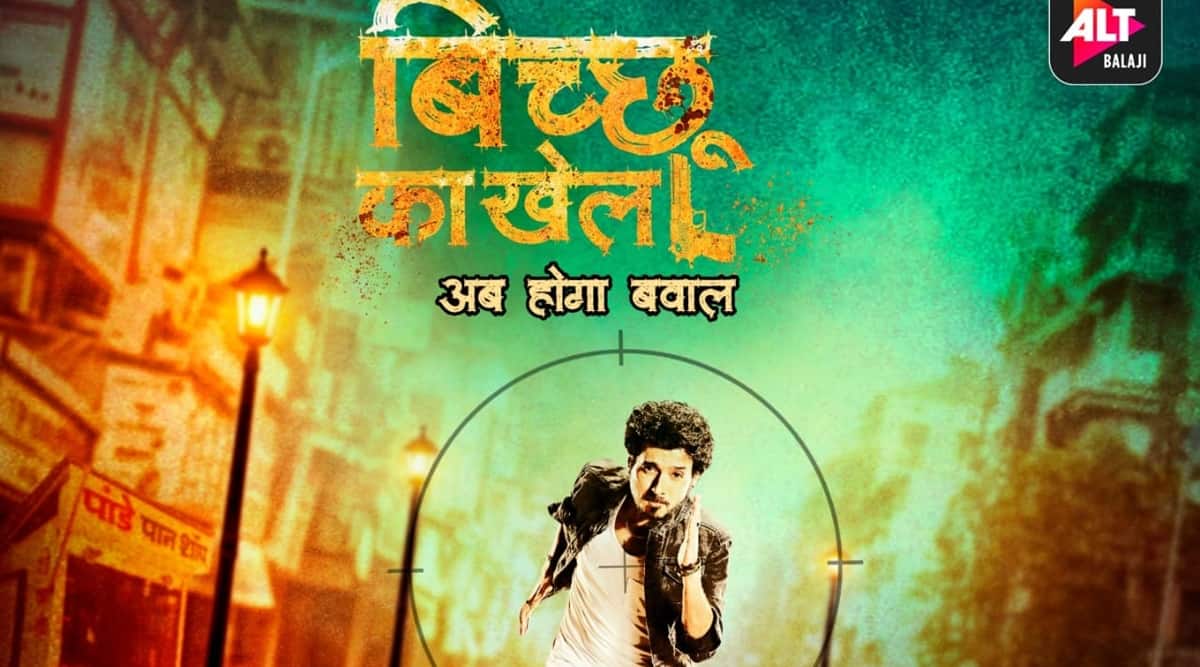 Last we met Divyenndu, he was spraying a ‘bauchchar’ of cuss-words and bullets, in the second season of Mirzapur, the series set in the town best known for its ‘kaleens’ and ‘kattas’.

In Bicchoo Ka Khel, the action has moved to nearby Banaras, so you get the picturesque ‘ghats’ and the ‘maha-arti’, the ‘khanakdaar leheja’ and the ‘paan-stuffed boli’, but the ‘gaalis’ and ‘golis’ are so familiar that we look around for bossman Pankaj Tripathi and his cohorts to join in the shooting and scooting.

But in this, it is Divyenndu who leads the parade of colourful cops and canny criminals, the moneybags and their deals, the oversexed wives and sexy girl-friends, making Bicchoo Ka Khel just one more in the long line of web series coasting on the badlands of East UP, now so similar as to be interchangeable.

Local lad Akhil Srivastava (Divyenndu) is madly in love with Rashmi Chaubey (Anshul Chauhan), the daughter of a powerful lawyer (Satyajit Sharma) whose ambition is joined with those who want to turn Banaras into Beijing. Our Akhil doesn’t seem to have a paying job: all he does is to hang out with his randy father (Mukul Chadha), who has a thing for the ladies, the more the merrier.

Two killings occur, in quick succession. Soon, a web of intrigue and deception tightens around Akhil. Every time he thinks he has a handle on what’s going on, things twist and turn. Several dodgy characters lurk, each more suspicious than the other. There’s Rashmi’s father, who has a penchant for bulked-up hulks (Gagan Anand). There’s a mithai-shop owner (Rajesh Sharma) who loves his ‘dukaan’ more than his ‘lugaai’. There’s a household consisting of two brothers and a comely young stepmother, who is up to no good. Keeping an eye on all of the above is Inspector Nikunj Tiwari (Zeeshan Qadri), who, when not chasing bad guys, is busy doing ‘role-play, shole play’ with his enthusiastic wife, who keeps calling on the cell-phone when he is in the middle of a case.

This could well be a case of all quirk-no plot. Small-town sex, which includes policemen and their ‘patnis’ with their ropes and whips, is worth a few chuckles. So is the distinctive Banarsi back-chat, with its ‘bhaukaals’ and ‘baklols’. Which is all very well, but we’ve heard this before, and as to the scenes filled with self-conscious licentiousness, well, those are also all over the place now. Whips and chains have become as commonplace as missionary positions. What we want, ye brave young writers discovering sex and violence for the first time, is a true, fresh voice.

Divyenndu has a smart mouth on him, and makes the most of Bicchoo Ka Khel, but even he needs a new schtick. Given that he looks like a regular fellow who isn’t all desperately gym-buff, he could be a good fit for something un-template-y. Anyone willing to write him something different?