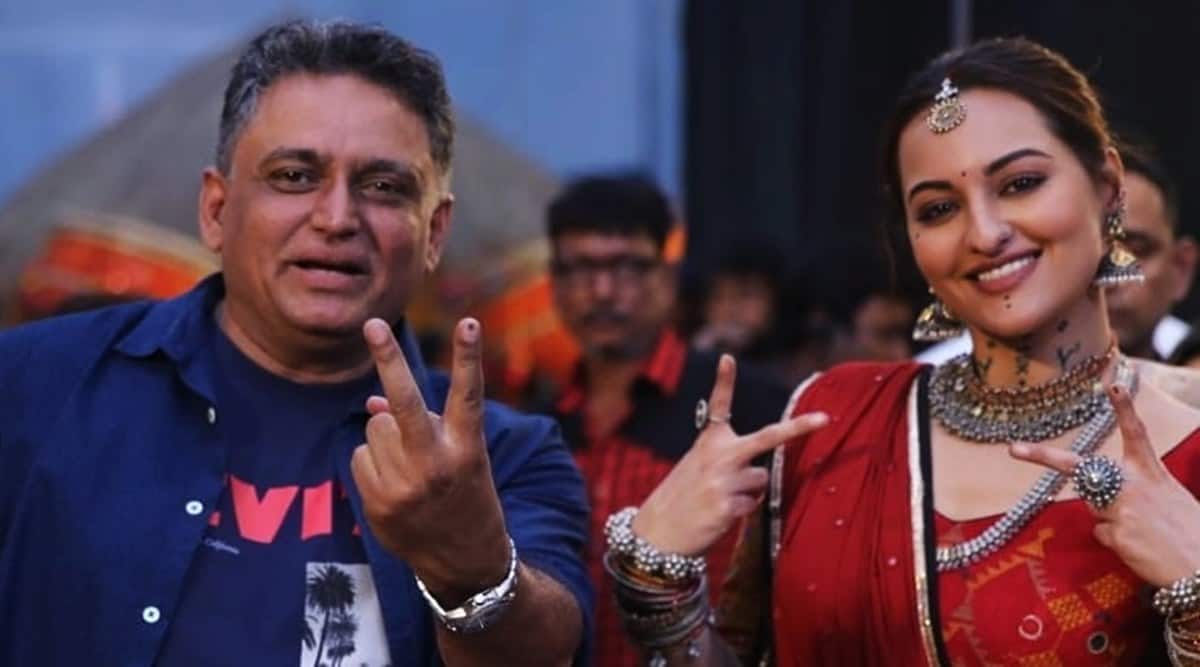 Director Abhishek Dudhaiya says Bhuj: The Pride of India helped him revisit his grandmother’s story of how she and other women from a village played an active role in reconstructing a bombed airstrip in Bhuj during the 1971 Indo-Pak War.

Billed as a “true story” of bravery, patriotism and determination, the film follows the story of IAF Squadron Leader and then Bhuj airport in-charge Vijay Karnik, played by Ajay Devgn, who reconstructed an entire IAF airbase with the help of 300 women from a local village in Madhapar in Bhuj, Gujarat to protect the country.

Dudhaiya has penned the story along with Raman Kumar, Ritesh Shah and Pooja Bhavoria. It is his debut movie as a director but he has previously produced and directed shows like Ehsaas, Agneepath, Sinndoor Tere Naam Ka, and Umeed Naye Subha Ki.

“In Bhuj, this story is narrated as a folktale. My grandmother Laxmi Parmar, who was 35 at that time, was one of the 300 women who helped in the making of the runway and I had heard a lot of stories about it from her. So, I decided that whenever I direct a movie, this will be my first film,” Dudhaiya told PTI in an interview.

The director said through this story, he wanted to reach out to a wider and younger audience who are not that familiar with the 1971 War.

“I knew this would turn out to be an expensive film as it is a war movie. A lot of people then suggested that I make small films first and that Bhuj should be my tenth film. The task was huge. But I was sure I didn’t want to let go of such an inspiring story,” he added.

As part of his research, he spoke to 60 women who are still alive and Karnik as he wanted to present the story in the most honest way possible. Dudhaiya’s grandmother died 10 years ago.

“The film talks about women empowerment. Women would take decisions on their own as their husbands would go to cities to earn livelihoods. For example, there were women who broke down their own houses to help Vijay Karnik in his mission of achieving the impossible task. It was a difficult thing to do and these women chose to serve the nation.”

Dudhaiya said they had an advisor from the Indian armed forces on the sets and Karnik also visited the film set on a few occasions.

“We had no concerns while making the film as we had the required support. My only concern was to be as honest as possible to the actual events and make sure we don’t show anything in bad light,” he said, adding that the team did take some cinematic liberty for the film.

Dudhaiya said both he and Karnik felt Devgn would be the apt choice to play the lead role.

Talking about working with the 52-year-old star, he said, “Ajay sir saw a lot of videos of Karnik ji to gauge the basic things. He also met him to understand how it all happened. When someone like Ajay sir supports you, there is more responsibility and pressure. I feel blessed that I got the opportunity to work with him in my first film.”

It is presented by T-Series and Ajay Devgn Films and produced by Bhushan Kumar, Kumar Mangat Pathak, Ginny Khanuja, Vajir Singh, and Bunny Sanghavi under the banner of Select Media Holdings LLP.

The director said the subject of his next film will be Subedar Major and Honorary Captain Bana Singh, a Param Vir Chakra recipient, who played a crucial role in recapturing the highest peak on the Siachen Glacier in Kashmir during Operation Rajiv in 1987.

“It is in the writing stage now,” he added.