Ankita Konwar also opened up about the age gap between her and Milind Soman that evoked some reactions on social media ever since the two appeared together in photos. Turns out it was something her family members were concerned about as well. 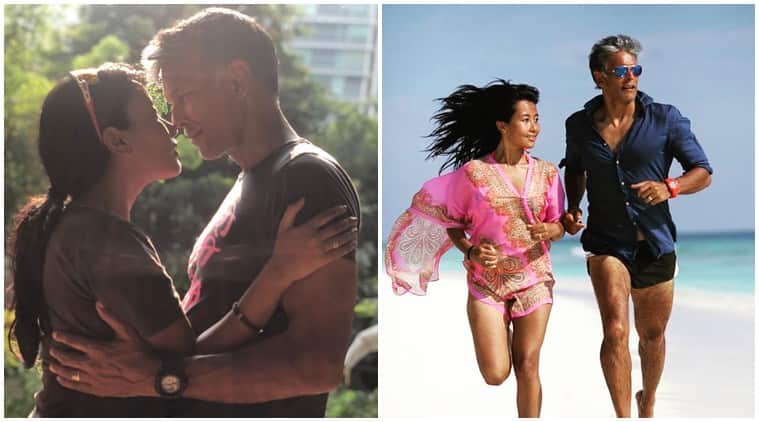 Ankita Konwar on Sunday revealed how she met and fell in love with husband, actor Milind Soman.

She recalled spotting a “tall and rugged” man in a hotel lobby in Chennai. While speaking with Humans of Bombay, Ankita said, “It was Milind Soman! I was a big fan! So I went to say hello, but he was busy. A few days later, I saw him again at the hotel’s nightclub.”

Ankita added, “I kept looking at him and he was staring at me too! My friends urged me to go talk to him. So I asked if he’d like to dance & he obliged! There was a vibe–I could feel it!”

But Ankita Konwar did not want to get “too involved”, so she excused herself and thought he would forget her. “But soon he came looking for me–he had to go so he asked for my number,” she continued. “It was a new number, so I didn’t remember it and didn’t have my phone on me either. So he made my friend take his number and asked me to message him. A few days passed by and I couldn’t get him out of my mind. So I texted him and we met again after a week, for dinner. After that, we’d constantly text and meet.”

She was still not ready to fully get involved, though. She told him a part of her was still not ready to let go off her late boyfriend. When she expressed that to Milind, he said, “When I fell in love with you, I fell in love with all of you. Even the part that carries the burden of your past. So don’t be afraid, we’re in this together.” And that was when she knew Milind was the one.

Ankita Konwar also opened up about the age gap that evoked some reactions on social media ever since the two appeared together in photos. Turns out it was something her family members were concerned about as well.

“We dated for 5 years after that–until we decided to get married!” she revealed, adding, “My family and a few others were worried because of the age gap between us. But it wasn’t an issue for us! So when they saw us together and they saw how happy I was around him, they agreed too! Believe it or not, we got married thrice! We had a traditional wedding in Alibaug, a white wedding in Spain under a waterfall and the third, at a place called ‘the end of the world’ there. He’s the best thing that’s happened to me; he taught me to let go, to fall in love, to be happy.”