Starring Tom Holland in the titular role, MCU movie Spider-Man: No Way Home releases on December 17 this year. Fans are still trying to decipher whether Andrew Garfield and Tobey Maguire will appear in the film. 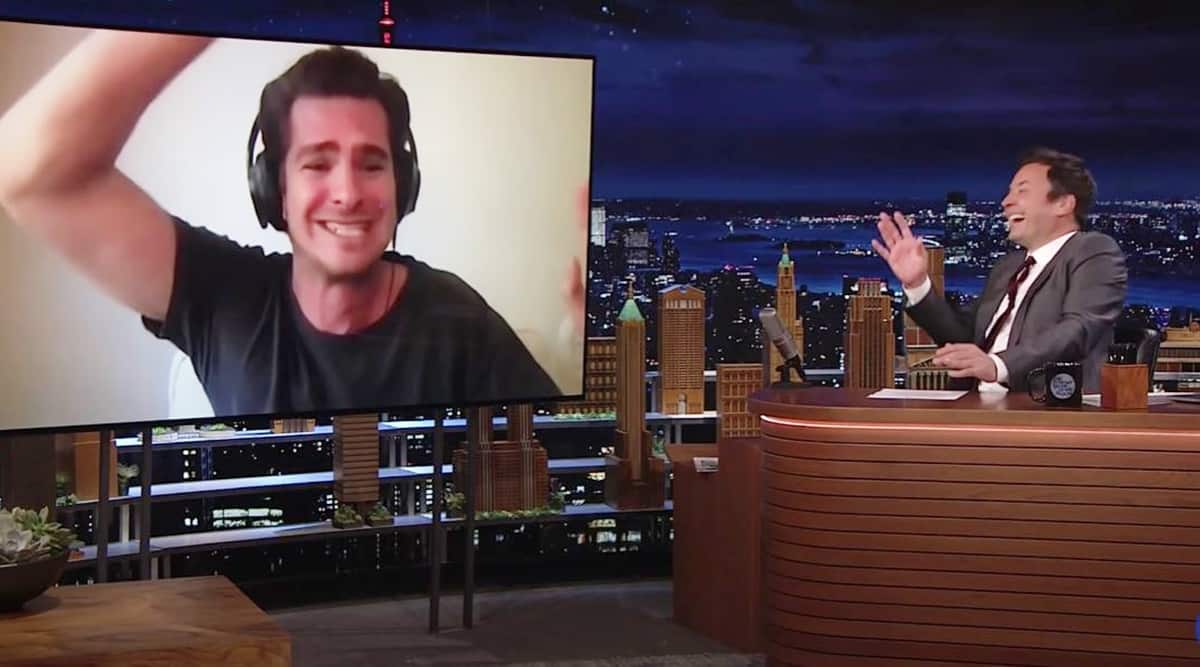 Tonight show host Jimmy Fallon recently interviewed British star and former Spider-Man actor Andrew Garfield, and tried his best to make the actor admit that he will be seen in Marvel Studios’ upcoming film, Spider-Man: No Way Home. However, the host did not manage to get any kind of admission from Garfield on the subject.

When Fallon said the now-deleted photo of Tobey Maguire and Andrew Garfield on the sets of the latest Spider-Man film had made a big noise online, the actor simply smiled and said, “I am not sure about that.” When nothing worked, the host thought a straight attack would prove more beneficial and congratulated Andrew on his new ‘gig.’

“You are going to be in the new Spider-Man movie, that’s exciting!” Fallon exclaimed as Garfield feigned surprise and said, “Wait what!” “Yeah, congratulations!” Jimmy Fallon added, while bursting into peals of laughter.

Andrew Garfield, meanwhile, continued to deny his involvement with the project and stated, “I had no idea. What are you talking about?” But later confirming that he had in fact seen such a photo of himself and Tobey on the net, the star said, “I heard about it and I did see it. It is photoshopped.” When the host tried grilling him again, Andrew Garfield laughed and said, “I am trying to manage expectations (here).”

Later, when questioned about the new Spider-Man trailer, the Hollywood star said he loved the MCU promo and is ‘stoked’ to watch the film. “I have seen the trailer and I am excited. I think Tom Holland is just the perfect Peter Parker, so I am super stoked. And I get to be a fan again, which is my preferred position,” Andrew concluded.

Spider-Man: No Way Home releases on December 17 this year.