Navya Naveli Nanda reminded a person about the ongoing pandemic when he asked why she was not present at the inauguration of Project Naveli’s 'Period Positive Home' in Gadchiroli, Maharashtra. 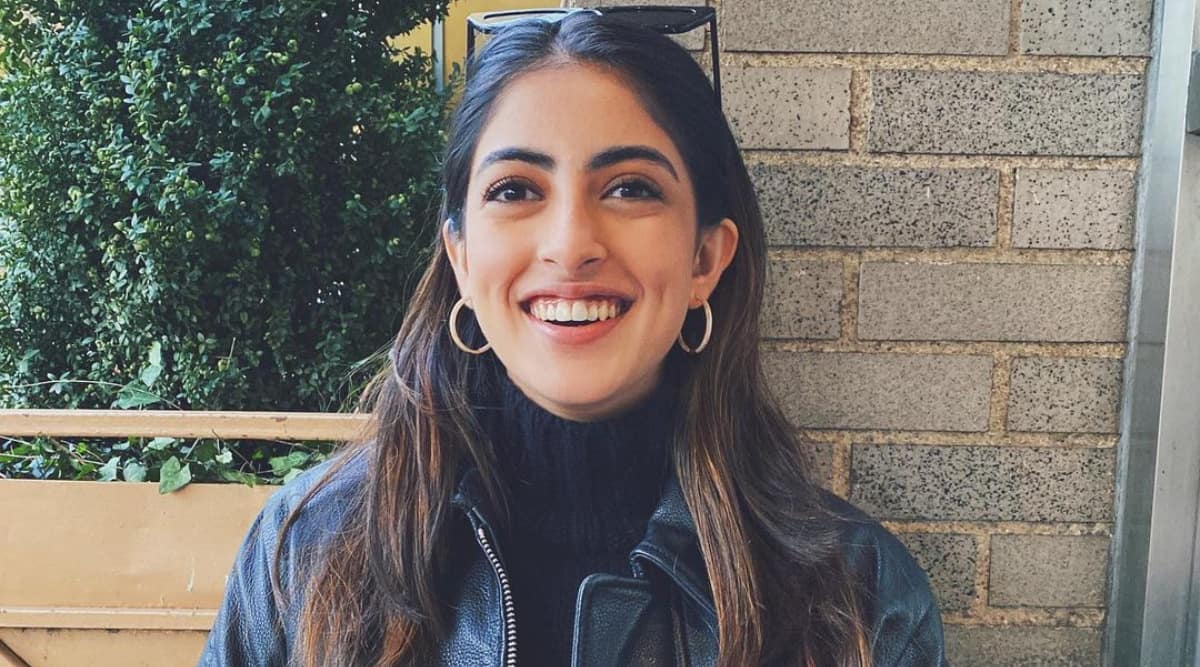 Navya Naveli Nanda has a strong voice and she is unafraid to own it. The daughter of Shweta Bachchan and granddaughter of Amitabh Bachchan, Navya is making her own identity with her work with the NGO, Project Naveli.

As the Project Naveli started a “Period Positive Home” in Maharashtra’s Gadchiroli, Navya took to Instagram to share her excitement at the development. “Our first Period Positive Home was inaugurated today in Gadchiroli,” Navya, who is in New York at present, wrote, “Seeing this project come to life has been so fulfilling. We are excited to build 6 more homes such as these, very soon so we can continue to fight against the age old custom of banishment to huts during menstruation. Thank you for ensuring women everywhere can have a safe and happy period.”

She later responded to a comment on the post from a user who asked why she was not present for the inauguration. “If the project meant so much to you, then where were you in the inauguration?” the person asked. “I’m sure you’re aware we’re in the middle of a pandemic?” was Navya’s snappy response. 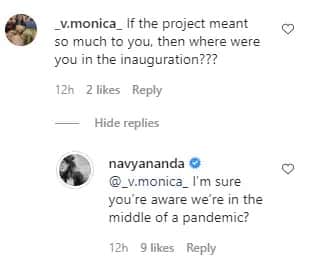 A few days ago, in a chat about women’s health, she had spoken about how health care should be a part of the gender inequality debate, “I think before even understanding the access to healthcare, it is important to understand how healthcare is viewed by women in general. Women inherently prioritize the health and well-being of their family over themselves. I have seen that happen at my own home with my grandmother and my mother. They are the sole caregivers. Because of that, they are always taking care of the family, the husband and the children. I don’t think their own health, mental or physical is a priority.”

Navya Naveli Nanda has been a part of the online healthcare portal called Aara Health after her graduation. Her pet project, Project Naveli aims to empower women by addressing the issue of gender inequality in India was launched earlier this year.