Navarasa is a mixed bag. Some works are outrightly crude, and some are pretentious. While there are a few which display sophistication, nuance, consciousness, and, of course, style. 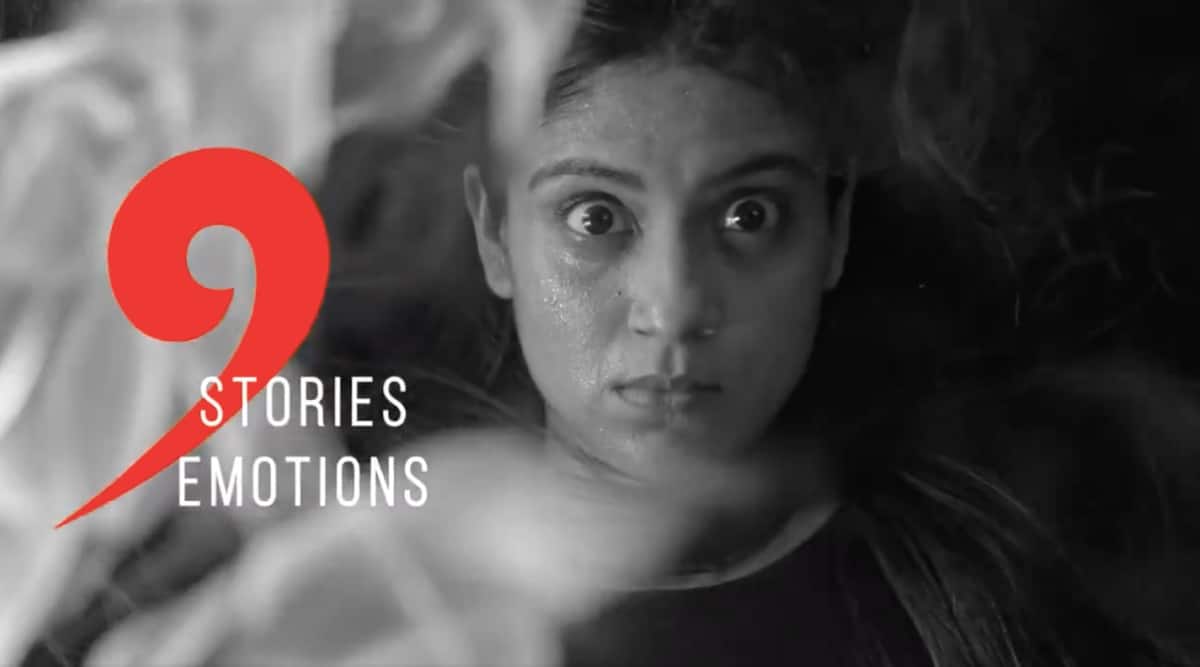 The scale of Netflix’s anthology Navarasa is massive, and nobody but Mani Ratnam could have pulled off such a feat. It was a pro bono project for a noble cause, so the most expensive talents of Tamil cinema worked on this anthology for free. But, that doesn’t place Navarasa on a pedestal or make it above criticism. At end of the day, it is a work of art, which needs to be analysed, debated and critiqued.

Besides its primary objective, which is to provide relief for thousands of people whose livelihoods were affected by the pandemic, Navarasa also quietly achieved another feat. The anthology was a reality check for nine filmmakers involved in the project. It shed a light on the kind of work that should be celebrated while reminding us, the audience, why we should demand more from our favourite filmmakers and not allow them to skate by.

In effect, it burst a sacred bubble. We saw the most celebrated filmmakers of today’s Tamil cinema fumble and trip on outdated storytelling techniques and lack literary sense in their narratives. Some are outright crude, and some are pretentious. While there are a few that displayed sophistication, nuances, consciousness, and, of course, style. Here’s a ranking of all the films featured in Navarasa.

Kamal (Suriya) is an independent artist, who feels he’s not valued in India. So he decides to fly to London and benefit from the thriving independent music scene there. He has even bought flight tickets but then his ambition takes a backseat, as he meets Nethra (Prayaga Martin). They both write songs together, share a ride, coffee and a kiss. As a logline, the story reads interesting. But, Gautham Menon’s old techniques lets the movie down. This was supposed to be the crowning jewel of the anthology. It received a lot of hype for Suriya and Gautham Menon coming together after more than a decade. The theme of the film was shringaara rasa, which is romance. And we all know romance is also the middle name of Gautham Menon. The film, however, is a reminder that Gautham needs to reinvent/reboot his storytelling skills. There is nothing natural about the way conversations flows in this film. Everything feels forced and artificial. Even the performances of Suriya feel clumsy.

Priyadarshan’s movie is supposed to invoke laughter. And it does, if you forget how crudely it portrays caste division in society. While it is funny that a dog dives into a pool of human waste, barges into a house and splashes the faeces all over a group of extremely neat looking people, there is nothing funny about dehumanising adjectives used to describe the protagonist by his schoolmasters. The class and caste distinctions are very clear in the setup. What is missing is a little sensitivity, attention to changing times, and conscious effort not to normalise casteism. A couple of upper caste men using a boy, from what they perceive as a lower class, to do their dirty work and punishing him when things get messy sticks out like a sore thumb. We are now living in the era of Pa Ranjith and Mari Selvaraj, who have changed the way we look at caste hierarchy in movies.

Director Karthik Subbaraj’s claim to success was the originality of his imagination. The characters and images in his films were unlike what we had seen before in Tamil cinema. That sort of originality is missing in Peace, which is based on the civil war that raged in Sri Lanka. Karthik and his writer Someetharan have blatantly lifted the plot idea from Steven Spielberg’s War Horse, which was an attempt to see the scale of destruction of war through the eyes of a beast. In a scene in the Hollywood movie, the horse gets tangled in barbed wires on no-man’s land. For some time, the enemies stop firing at each other, forget the war and come together to save the horse. The makers of Peace, however, get the sentiment and idea of the scene entirely wrong, and they bungle it further with superficial performances and dialogues.

Karthick Naren’s film is about a laid-back scientist Vishnu (Arvind Swami), who’s tripping on psychedelic drugs hoping to crack the ultimate truth of human existence. The rest of the film is a sort of long monologue touching on Maya prophecy, Anunnaki, Sumerian civilization, and the disintegration of our dream world. Vishnu explains all these mind-numbing subjects with the help of Google images to his friend Krishna (Prasanna), who is a top scientist with ISRO. For the two brightest minds of the 21st century, Vishnu and Krishna have the vocabulary of cocky high-schoolers. And the military-grade, biometric security system to protect the plywood door of Vishnu’s lab on the first floor of his duplex adds to the silliness. When Vishnu is drifting in his dream world, he steps on a bug and changes the course of human history. There is no rational explanation as to how his dream state was able to effect the changes in the physical world. What we get is a massive information dump which is the byproduct of conflated ideas, from philosophy to time travel. And it makes us wonder what was Karthick Naren thinking?

Sarjun KM’s film is absurd. Well, it seems to have clear themes, ideas and the message but it never really comes together as a whole. The film follows the struggles of new security personnel posted in an area to check the movements of Naxals. During an ambush, the new kid on the block withdraws to a safe corner, while his fellow officers get slaughtered. He lacks courage and he finds it all of a sudden for some absurd reason, which pushes him to pursue a top Naxal leader on foot and with low ammunition.

Waheeda (Parvathy Thiruvothu), a rich lady, is living an exquisite life surrounded by great art, architecture, and furniture. She seems well-read, and a good-hearted person, with a progressive mind, despite her conservative demeanour. She looks like a person who can’t hurt a fly. Well, she has a dark past. Her life’s work begins to fall apart with the arrival of a mystery man from her former life. Even as the material feels a bit flimsy cinematically, the conviction and commitment with which Parvathy and Siddharth play their characters lifts the narrative. The film could have benefited if director Rathindran R. Prasad added more meat to the narrative by looking deeper into Waheeda’s paranoia.

This one was a surprise package. It was the directorial debut of Aravind Swami and he couldn’t have asked for a better team to mark a new beginning in his artistic career. Aravind Swami has been blessed with the top technicians from Mani Ratnam’s arsenal, including composer AR Rahman and cinematographer Santhosh Sivan. The film’s theme is anger, which is a double-edged knife in the entourage of human emotions. We see two stories simultaneously. In one story, anger destroys a young man’s life, and in the other, it becomes a force that drives the success of the protagonist. But, untamed anger is neither good for the body or the soul.

Based on the short story of writer Thi. Janakiraman, director Vasanth’s relationship drama provides an impressive portrait of a despicable man. The period drama is set in the backdrop of a wedding in a Brahmin community in Kumbakonam. Delhi Ganesh plays a spiteful man in his 70s. A series of misfortunes have befallen him, and that has turned him into a vindictive being. He can’t stand the fortune of his nephew, who seems to have a high regard for him. On surface, he seems he’s a good-natured old man, who only wishes good for others. But, scratch the surface, you see a whole other man. Delhi Ganesh has done an impressive job channelling the boiling hate and resentment in his character. It gives a glimpse of what humans are capable of when they are corrupted by hate.

The film was originally conceived as a feature-length by Mani Ratnam. However, the master director lent it to Bejoy Nambiar, to adapted it for the short film format. And Bejoy’s work effectively captures the literary value of Mani Ratnam’s story. The short film plays out like the climax of a feature-length film. It has a shocking opening, which sets us up for a fast-paced drama. But, soon the rhythm of the narrative changes. The erratic pulse slows down, returns to a normal pace before transcending into a meditative state. The film muses on the psychological effects in the wake of senseless violence. As the three main characters negotiate through guilt and personal loss, we are reminded that a little compassion would save the world an awful lot of suffering. The serenity of cinematographer Harshvir Oberai’s frames, and Govind Vasantha’s score takes the wonderful performances by Revathi, Prakash Raj and Vijay Sethupathi to another level.