While the first picture has Ajay sitting with his director Sanjay Leela Bhansali, presumably checking a scene on the monitor. The next two are stills from the film, one with Salman and the other with Aishwarya.

The Instagram page of Bhansali Productions also shared some unseen photos from the set featuring the three leading stars. The post read, “We experienced a gamut of emotions then and we’re experiencing a gamut of emotions now as we open our treasure chest ♥️ Celebrating 22 Years of living and loving Vanraj, Nandini & Sameer’s testimony of love.” 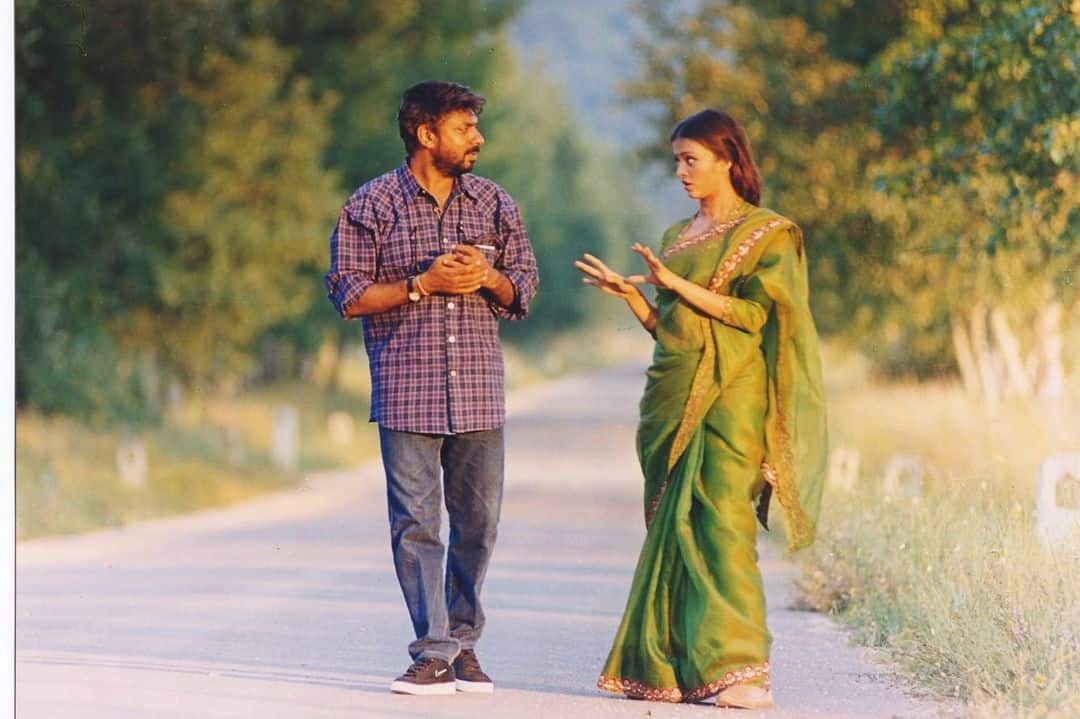 Set in the deserts of Rajasthan, Hum Dil De Chuke Sanam is a romantic musical drama based on Rashtriyashayar Jhaverchand Meghani’s play ‘Shetal ne Kathe’. It presented the story of a newlywed man Vanraj (Devgn), who finds that his wife is in love with another man. Much to the dismay of his family, he takes on the journey to reunite the lovers. While on the hunt of her former lover Sameer (Khan), his wife Nandini (Rai) realises Vanraj’s goodness and falls for him.

Hum Dil De Chuke Sanam emerged as one of the highest-grossing Indian films of 1999. It was even premiered at the Indian Panorama section at the International Film Festival of India and was released internationally as ‘Straight From the Heart’. The film was remade in Bengali as Neel Akasher Chandni in 2009.

Ajay Devgn and Sanjay Leela Bhansali are all set to reunite after 22 years now for Gangubai Kathiawadi, which stars Alia Bhatt in the titular role.