On Aishwarya Rai's 48th birthday, here's looking at the stardom of the 'most beautiful woman' who was famous way before she appeared in the movies. It has been three years since Aishwarya Rai Bachchan last appeared on the silver screen and if you are one of those who keeps up with the cultural zeitgeist, it will surprise you because Aishwarya often appears in your social media feed, is usually trending on one of the social platforms and is still a bonafide star. It is a common notion that movie stars often step into the spotlight when they have a movie coming up for release, or when there is a controversy surrounding them but contrary to those popular notions, Aishwarya is omnipresent in the age of social media, and that is a privilege enjoyed only by a handful of stars.

Despite not having a movie release in a while, Aishwarya still has a fan base that swears by her beauty and celebrates every time she poses for the camera but this celebration of her aura is not a recent phenomenon. Aishwarya was a star even before she entered the movies. When she first appeared in a Pepsi commercial in the early 1990s, she left the audience awestruck with her charismatic appeal, and decades later, one still can’t move on from her beauty which has often overshadowed her other virtues.

Even before she won the Miss World competition in 1994, Aishwarya was making waves. In an episode of talk show Jeena Isi Ka Naam Hai, ex-Miss India and fashion writer Meher Castelino revealed that Aishwarya was declared as ‘the face of ’93’ in a Sunday Midday centerspread, which basically put her on the map. It was during the same interview that Prahlad Kakkar spoke about the now-iconic Pepsi ad that changed the trajectory of Aishwarya’s career. “She took 21 takes,” he announced.

In the movies, it was with Sanjay Leela Bhansali’s Hum Dil De Chuke Sanam and Subhash Ghai’s Taal that Aishwarya captured the imagination of the audience. In both these films, she was the central figure who drove the story forward. Aishwarya had been a household name ever since she won Miss World in 1994 and even before she made her debut in the movies, she was a known face in the fashion world. So it comes as no surprise in 2021 that Aishwarya’s stardom, and her fame, is not dependent on her appearance in movies. In the late 1990s, movies were as mainstream as they could be. Shah Rukh Khan had already become the evergreen Raj/Rahul, Kajol and Karisma Kapoor ruled the roost, and family dramas were seen as the sure-shot hit formula so when Aishwarya danced with abandon in the Bhansali film, it was like Hindi movies had found its new star. In an earlier interview to Filmfare, Bhansali had described his first meeting with Aishwarya at the screening of Aamir-Karisma’s Raja Hindustani. The way he describes that first meeting describes the effect that Aishwarya had on Bhansali in great detail. “I remember we were at the screening of Raja Hindustani. After the film, she came up to me in the lobby, shook hands, and said, ‘Hi! I am Aishwarya Rai. I liked your work in Khamoshi.’ Our hands met, our eyes met. I saw a fire in her eyes. Those days I was looking for a girl to play Nandini. I said to myself, ‘Yahi toh hai meri Nandini (She is my Nandini)’. People had doubts, whether she would deliver because she had a Miss World image and a Western face. But I thought why not tie her hair in a plait and give her a traditional look?” 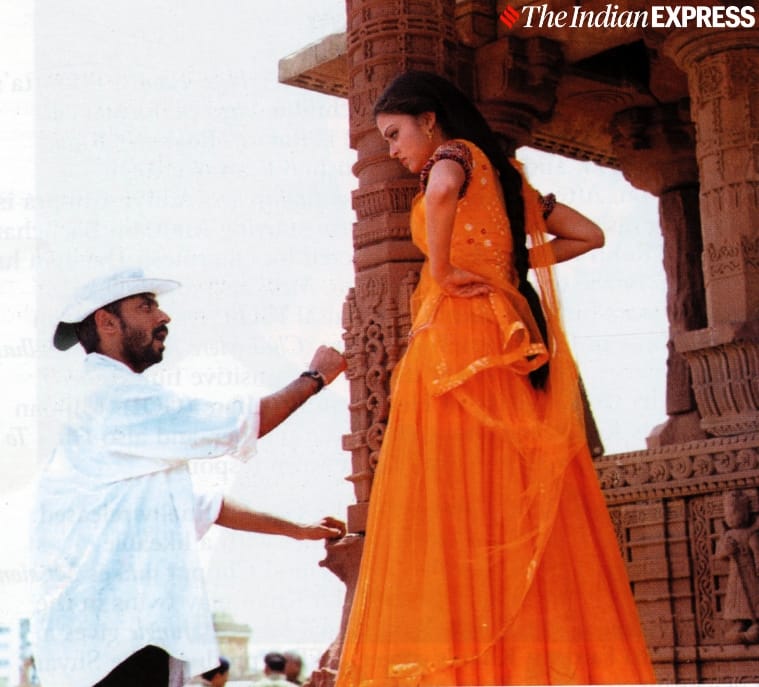 While her image a the time might be seen as western, Aishwarya soon became the proud Indian actor who was trying to carve a path in Hollywood, way before Priyanka Chopra. It is well known that Aishwarya was approached for Brad Pitt starrer Troy but had to let go of the projects because of her commitments back home. Her global stardom was such that she became the first mainstream Indian celebrity to appear on David Letterman and Oprah. In the era before social media, there was a massive gap between different film industries and for Aishwarya to make an impact in those times was no small feat.

Aishwarya Rai’s name has been synonymous with describing someone as beautiful, and while she has been celebrated enough for her natural gift, it has often come in the way of her acquired talents. In films like Raincoat and Provoked, Aishwarya utilised her skills as an actor more than the makers relying on her visual appeal but it is usually films like Devdas, Jodhaa Akbar which are often associated with her.

In the three decades that Aishwarya has been in the public eye, her aura has only grown. Unlike many others, Aishwarya remains a star because of her personality, and while the movies add to that stardom, she doesn’t really need those for ‘Being Aishwarya Rai’.