From Yuva's Lallan to Manmarziyaan's Robbie, Abhishek Bachchan has proved he has many tricks up his sleeve. Ahead of The Big Bull's release on Disney Plus Hotstar VIP, here are seven performances from the artiste that took our breath away. 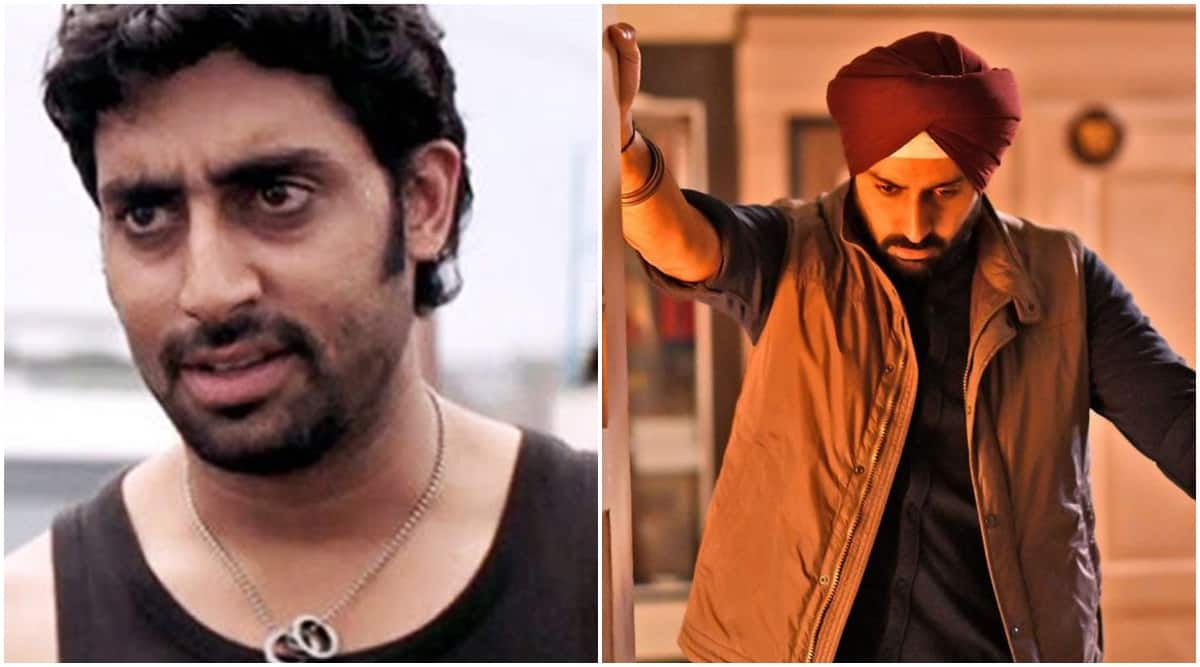 Abhishek Bachchan is one of those actors who has always come off as a sincere artiste. All of Junior Bachchan’s performances might not have hit the mark, but they have certainly managed to make some impact, and this is a lot more than one can say about many artistes working today. What has overshadowed his acting and the effort he puts into them is the lineage he comes from. Because if you are a superstar’s son, you will always be measured against them, and Amitabh Bachchan’s superstardom and effect is such that only a handful of personalities working in the film industry can claim to have that same kind of connect with the audience.

Being Junior Bachchan has its shares of pros and cons, pretty much like anything in the world. However, Abhishek has always been graceful about the comparisons and fans’ expectations off and on the camera. But that is a topic for another article, here, we will quickly look at some of Abhishek Bachchan’s most memorable, charismatic performances.

In Mani Ratnam’s ambitious, messy but watchable Yuva, Abhishek dons the swagger of Lallan Singh. A small-time goon who wants to rule the country, or at least his city. Abhishek wore Lallan’s confidence with a charming ease. Lallan was someone who was passionate and dreamed big dreams but had no clue how he could achieve them. This unique blend of unease and worthiness was something that the actor possessed very easily. Despite being a multi-starrer, Abhishek managed to find his own place in the sun, a commendable achievement for someone, who was at the time, only a few films old. Ajay Devgn, Esha Deol, Rani Mukerji, Vivek Oberoi and Kareena Kapoor also featured.

In the same year, Abhishek was seen in a starkly different role, that of a lawyer fighting for a client with AIDS (played wonderfully by Shilpa Shetty). Helmed by Revathi, Phir Milenge also saw Salman Khan in an extended cameo. Now I am aware that this is a mostly forgotten film unless someone brings up its songs into a discussion, but Phir Milenge (inspired by Hollywood’s Philadelphia) was ahead of its time. It was a subtle, nuanced and heartbreaking movie about love and equality. Abhishek as Shilpa’s lawyer friend was credible — funny, earnest and all the things you needed him to be.

In his next, the year after, Bachchan sparkled as conman Bunty, who was lovable, street-smart and emotional. The actor had an electric chemistry with co-star Rani Mukerji. The songs were fantastic, and so were the antics the duo got up to in the Shaad Ali directorial. And of course a special mention for Junior B’s performance in Gulzar’s iconic “Kajra Re,” the actor had all my attention despite the stunning Aishwarya and the incomparable Amitabh swaying to the music.

Again an underrated film in Bachchan’s filmography. A thoroughly entertaining ride with some predictable and unpredictable twists and turns. The Rohan Sippy movie even featured a song in Abhishek’s voice — “Right Here, Right Now.” Also to be noted is Abhishek’s ‘jugalbandi’ with co-star and close friend Riteish Deshmukh. Mani Ratnam and Abhishek once again collaborated, this time on a movie said to be inspired by the life and times of businessman Dhirubhai Ambani. As Gurukant Desai, Abhishek and Mani brought a new lease of life to the familiar rags-to-riches story told so often in Hindi cinema and made it extremely watchable. What also helped the case was its cast, supported by the likes of Aishwarya Rai, R Madhavan and Vidya Balan.

Abhishek went through a transformation in the film that was as much physical as it was emotional. Of an ambitious, somewhat unsure man to a more cool and collected personality, the actor displayed varied shades of Gurukant Desai within the two-and-a-half-hour movie.

I know this is a R Balki directorial in which largely people praised Amitabh Bachchan’s performance and his camaraderie with the versatile Vidya Balan, but Abhishek, once again, showed that despite the limited screen time, he could do wonders with a small role too. The actor gave so much character to the father figure he essayed in the film — confused, excited, sincere; Abhishek as the young politician was the embodiment of the largely white kurta-pyjama he wore in the movie — clean and enigmatic.

Hailed by many as his ‘comeback’ movie, Abhishek Bachchan was rooted as the mature, all-understanding ‘vilayat’ returned Robbie. Robbie did not wear a turban outside of his country, but he wore one in India as a mark of respect to his parents. Robbie was patient, willing to give time to his partner for her to accept him, he was even ready to walk out of the relationship when he felt he had been taken for a ride. Robbie perfectly encapsulated the modern man who didn’t believe in letting go of his values. That maddening sense of patience and wisdom was something that Abhishek managed to pull off with a convincing air about him. His performance in the song “Hallaa” is something that I cannot forget — Robbie was not only drunk on alcohol in the song, but in the pain of losing his well-placed trust.