JD Majethia shared a hilarious poster for Khichdi: The Reunion, with fans demanding a mashup with Sarabhai Vs Sarabhai. 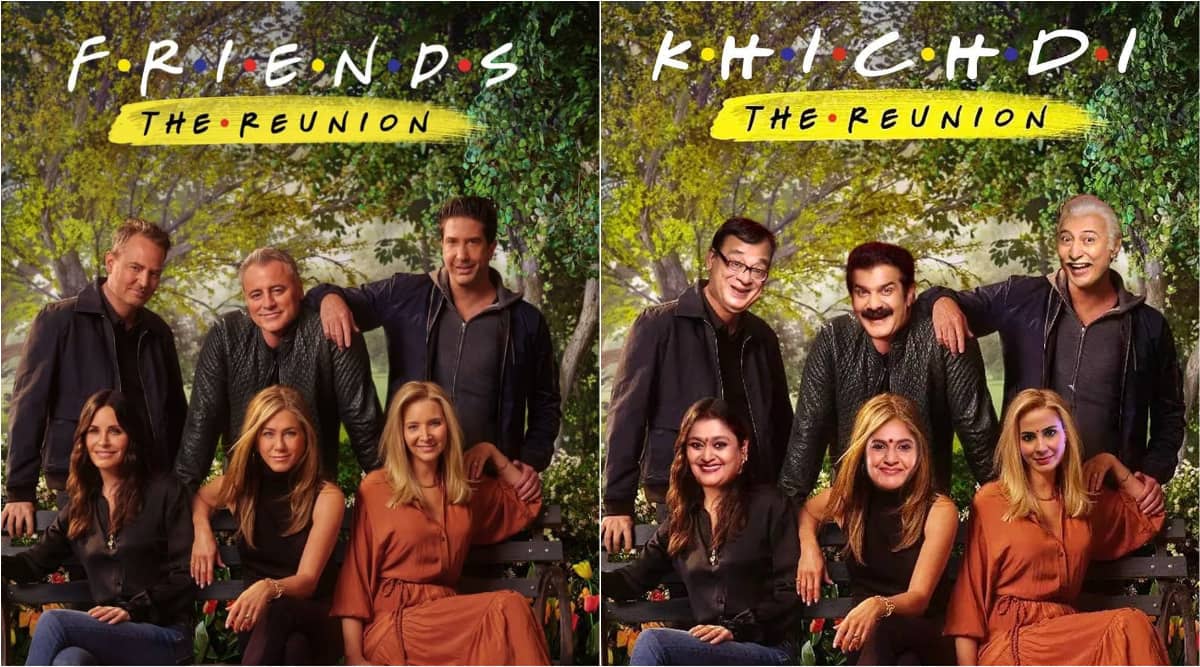 Fans of TV show Friends are looking forward to the much-anticipated reunion episode that is set to stream on May 27. On the heels of the special episode, Khichdi producer JD Majethia surprised fans by sharing an edited picture of his show’s cast on Friends: The Reunion poster. He also said that ‘this would be the perfect Indian reunion!!’

Actor Gautam Rode could not stop laughing at the hilarious post as he replied with multiple emojis. However, fans agreed to the idea as one of his followers wrote, “Please Please please do it? .” Another fan also had a far more ambitious wish as he suggested JD to include the Sarabhai cast in the reunion episode. “Yes pls …. Let’s go for another Khichdi and Sarabhai vs Sarabhai cross over… Kisiko pata nahi chalega…,” he wrote.

Khichdi launched in 2002 on Star Plus and came back with a new season three years later. In 2018, the sitcom returned with a new season but could not recreate magic of the original. The makers also launched Khichdi: The Movie in 2010, which is the first film in Hindi cinema to be based on a TV show.

Recently, while speaking to indianexpress.com about the success of Khichdi, Anang Desai, who played Bapuji in the comedy show, decoded its success. He shared that the USP of Khichdi is the comic timing of its characters and the dialogues. He also revealed that the entire cast spoke in the rhythm of writer Aatish Kapadia’s script.

“The writing of Aatish is very specific. He visualises the character very distinctly and definitely. The humour comes from the way his lines are written. We didn’t tamper with it much. The fun is when characters speak in that rhythm. So, every actor tried to improve the performance, but obviously in consultation with the director,” Desai said.

Friends: The Reunion episode will screen on HBO Max internationally and on ZEE5 in India.