Written and directed by Santosh Ananddram, Yuvarathnaa talks about the need to revive government-aided colleges to protect the right to education of children from underprivileged backgrounds. 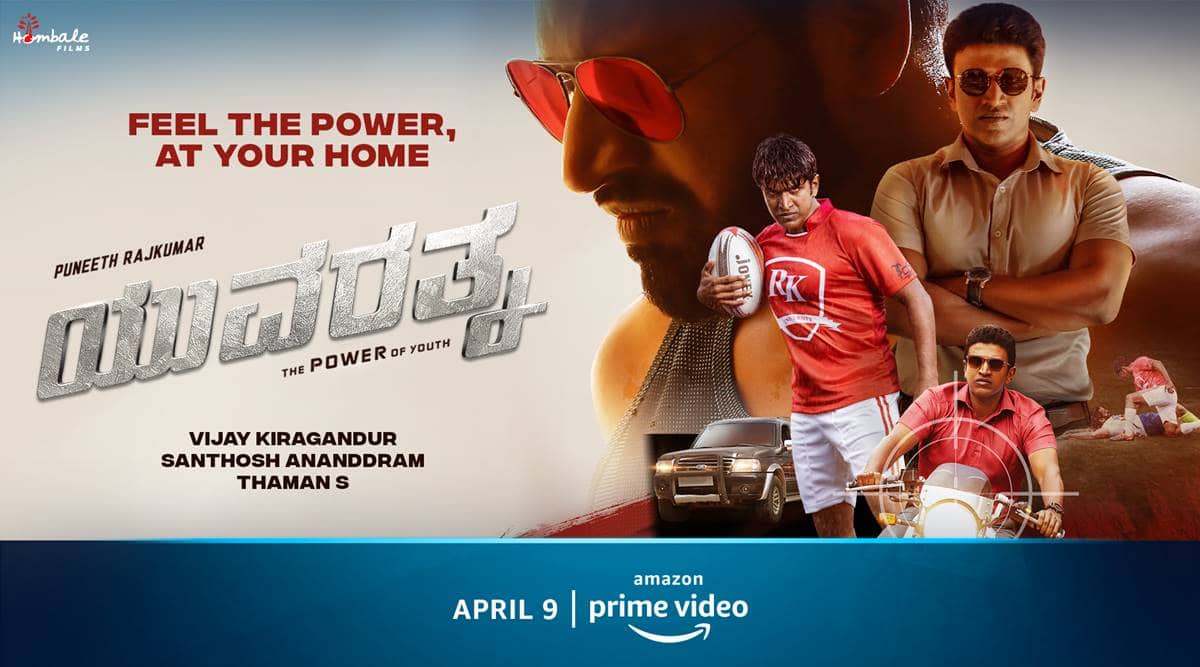 Kannada movie star Puneeth Rajkumar’s latest film Yuvarathnaa will be made available on Amazon Prime Video from April 9, the producers announced on Thursday. “Given the present pandemic situation, this decision has been taken keeping in mind larger reach of the good content to more audiences, especially families and elderly. The movie will continue to be screened in theatres. We seek cooperation from all fans, the film fraternity and all our well-wishers,” said Hombale Films in a statement.

Yuvarathnaa opened in theatres on April 1 to packed houses. The happiness of the filmmakers was short-lived as the government began seriously considering bringing back the 50 per cent cap on occupancy in theatres in the light of surging cases of the coronavirus in Karnataka. “We released the film based on the public assurance by the Chief Minister that there was no intention to impose the restrictions. Two days ago, we released the film and it is running in theatres successfully. Theatres across the state have already sold out tickets in advance. There is good word of mouth on the street. If such a restriction comes to effect, it will be the death of a good Kannada film. We would have postponed the release if we had known earlier,” argued Puneeth while talking to the media last week.

Top stars of the Kannada film industry, including Sudeep, expressed solidarity with the producers of Yuvarathnaa. “Goin bk to 50% theatrical occupancy is surely a shocker to a film tats jus released. Respecting the govts decision too is our duty, keeping in mind its for a reason. I wsh team #Yuvaratna the best of strength to over come this situation and come out victorious (sic),” wrote Sudeep on his Twitter page.

The other members of the film fraternity also rallied behind the makers of Yuvarathnaa, building pressure on the government. A delegation comprising Puneeth, director Santosh Ananddram, producer Vijay Kiragandur of Hombale Films, and DR Jairaj, chairman, Karnataka Film Chamber of Commerce, met Chief Minister BS Yediyurappa and requested him to defer the restrictions by a few days so the crucial first-week collection won’t be affected. Following which, the Yediyurappa government passed an order announcing the 50 per cent cap on occupancy will come into effect from April 7, giving much-needed relief to the filmmakers.

Written and directed by Santosh Ananddram, the film talks about the need to revive government-aided colleges, in protecting the right to education of children from underprivileged backgrounds. Besides Puneeth, the film also stars Sayyeshaa, Sonu Gowda, Dhananjay and Prakash Raj.