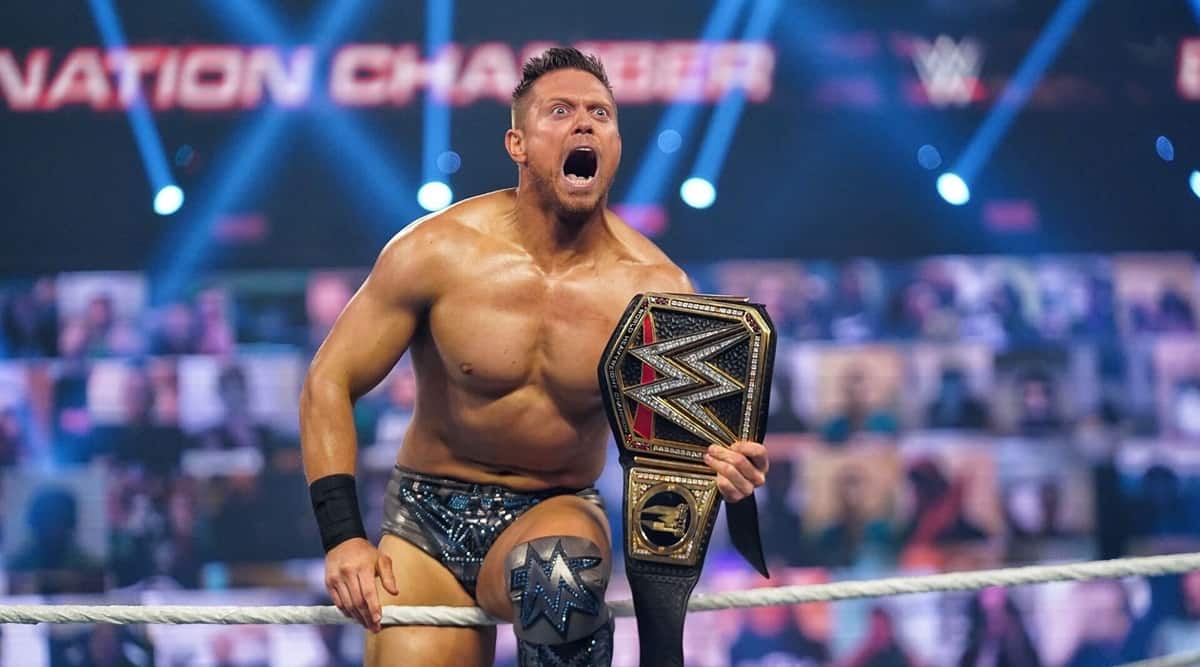 WWE Elimination Chamber Results, Winners, Results, Reaction, and Highlights: The Miz successfully cashed in his Money in the Bank briefcase to win the WWE Championship from Drew McIntyre ahead of WrestleMania 37 on Sunday.

While McIntyre was busy celebrating his victory in the Elimination Chamber match, The Miz, who had withdrawn from the match on Raw, delivered his Skull Crushing Finale to pin the British. McIntyre has now lost the WWE Championship for the second time since WrestleMania 36.

Roman Reigns (c) vs Daniel Bryan (Universal Championship): Reigns retained his title after locking Daniel Bryan in a guillotine choke but the story didn’t end there. After the match, Edge ran into the ring and hit a spear on Reigns before pointing at the WrestleMania sign.