New Zealand opener Martin Guptill on Saturday applauded his side's bowlers for setting the tone for a comprehensive 10-wicket win over Sri Lanka. 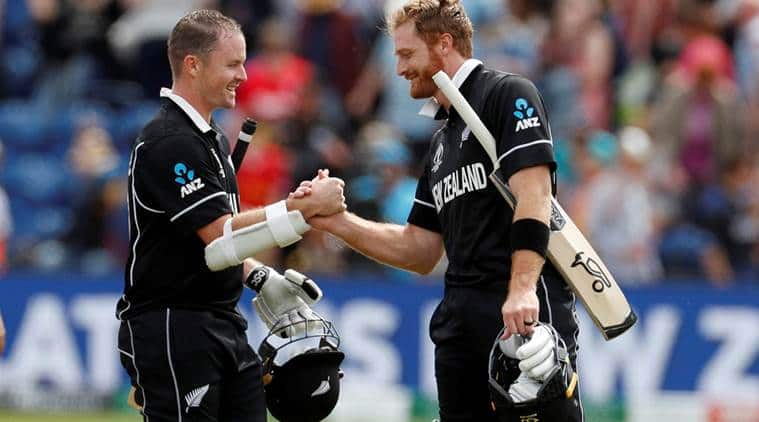 New Zealand opener Martin Guptill on Saturday applauded his side’s bowlers for setting the tone for a comprehensive 10-wicket win over Sri Lanka in their World Cup match here and hoped that they could build on the momentum.

New Zealand bundled out Sri Lanka for just 136 as Matt Henry’s (3/29) seam movement and Lockie Ferguson’s raw pace proved too much for them. Then Guptill (73 not out) and Colin Munro (58 not out) helped New Zealand achieve the target in 16.1 overs.

“You want to build that momentum early at a major event and today, we did that,” said Guptill at the post match press conference.

“Our bowlers set the tone early and made it difficult for Sri Lanka, putting a real good start on. If we bowl first in the next few games, we’ll back ourselves to make it difficult to score on the back of this performance.”

The Black Caps, runners-up four years ago, would look to exploit the conditions in the upcoming matches.

“The beauty about our guys is they can exploit conditions quite regularly. If we’re then able to keep coming out and play with a bit of freedom with the bat, we’re going to have a pretty successful tournament,” said Guptill.

The 32-year-old said the late loss of Tim Southee because of a right calf strain didn’t deter his team as Matt Henry took up the mantle with the new ball.

“Matt had a tough time against the West Indies in the last warm-up game, but bowling to that lot is pretty difficult. They can put you out of the park pretty readily.

“Having seen him put the ball in the right areas for long enough, it’s good to see him get the rewards he deserves,” said Guptill.

New Zealand came up with an exceptional fielding and catching effort, and Guptill himself took a superb catch at second slip to get rid of Kusal Mendis.

“We aim to set the standards when it comes to fielding. Fielding’s such a big part of the game now. You look around the squads in the tournament, there are some top fielding sides there.

“If you can be in the top two or three, you can save a lot of runs and go a long way to actually winning the competition,” he said.