Despite a fiery start, Trailblazers could post only a modest 118 for eight on Monday but Mandhana said she knew the slow nature of the surface would help her side. 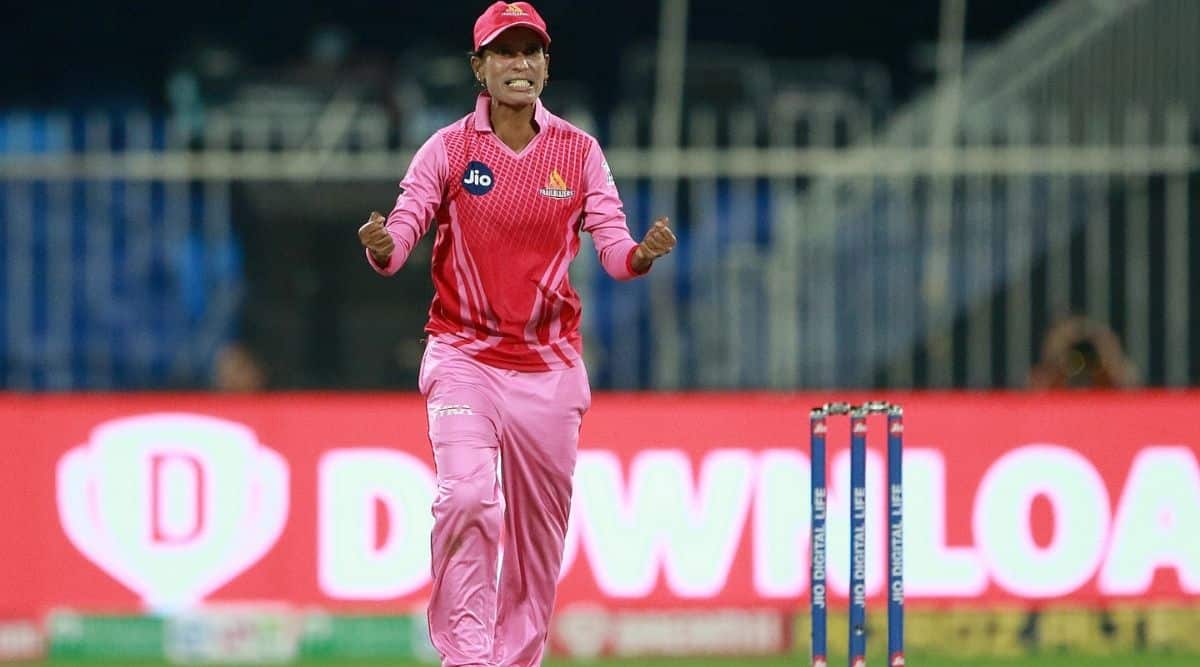 Trailblazers’ skipper Smriti Mandhana says she always believed in her team’s potent spin attack to defend a low total in the Women’s T20 Challenge final, which her side won by 16 runs against Supernovas here.

Despite a fiery start, Trailblazers could post only a modest 118 for eight on Monday but Mandhana said she knew the slow nature of the surface would help her side.

“It was an amazing performance. We tried to get to 130-140 but somewhere we lost track. The wicket was tough to bat so I knew any total around 120 would be a fighting total. We have good spin attack and I was really positive from first ball,” said a beaming Mandhana at the post-match press conference.

Off-spinner Salma Khatun took three wickets in the penultimate over, dismissing rival skipper Harmanpreet Kaur in the process and Mandhana acknowledged her effort.

“She was brilliant. Those spells win you matches. She is an experienced campaigner. I just told her to believe in herself and she delivered. Her spell was the winning spell,” she said.

Thai cricketer Natthakan Chantham impressed one and all with her agility on the field and it wasn’t a surprise that Mandhana picked her for special praise.

Chantham was a live-wire on the field. The boundary she saved with her acrobatic effort was a good advertisement for women’s cricket. She also took a stunning catch in the cover region.

“There were 2-3 brilliant fielding efforts, especially Chantham. I have not seen a girl field like that.”

Mandhana herself was played a key role in her side’s total as she stroked her way to a brilliant 68.

Talking about her own innings, the captain said she was in good rhythm and all she needed was to find the gaps.

“I was timing the ball well (even) in the last match but unfortunately I was finding the fielders but today it was a conscious effort to hit the ball in the gaps. That was the only thing I was thinking.”

Playing cricket after a long seven-month gap obviously made the players happy, she said.

“We were looking to play and meet everyone. We did not meet for 7 months, that is very rare. Last six months were tough for the whole world. It was worth to come and play. I thank BCCI for organising this. Hopefully, we (will) keep playing, it keeps us happy,” she said.

Supernovas’ senior player Shashikala Siriwardene also thanked the BCCI for conducting the event in challenging times and said the tournament was a great platform for the youngsters.

“We can play and watch in bio bubble, they have planned it, so I thank BCCI. We have to do some sacrifice due to COVID-19. Girls will be motivated to come to sport and it impacts women’s cricket.”